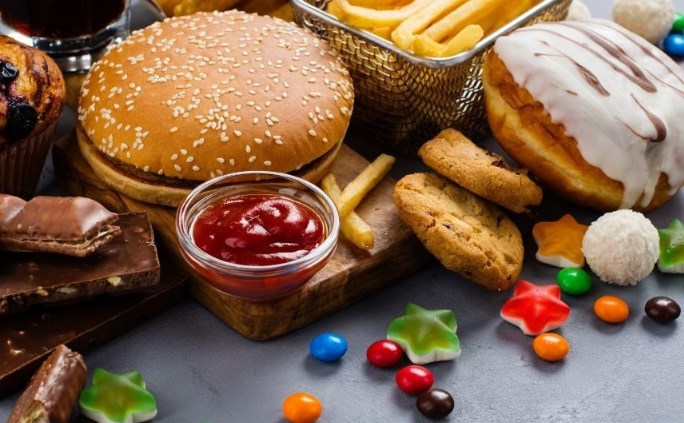 Contents show
1. Disrupted biorhythm makes you ill
2. The high-fat diet promotes inflammation, sleep disorders, and obesity
3. In just seven days, fat can damage your biorhythm
4. A high-fat diet leads straight into a vicious circle
5. Conclusion: What does your bio-rhythm want?

It is a well-known fact that anyone who likes fatty food is doing neither their shape nor their health any favors. However, did you know that fatty foods also disrupt your biorhythm? People on a high-fat diet sleep less, are active at times when others are sound asleep, and eat a lot more. This is because a high-fat diet throws your body clock off, researchers recently found. But what exactly does fatty food do in the body?

Every living being is subject to certain rhythms. This is also referred to as the so-called inner clock or the individual bio-rhythm.

The biological rhythm is controlled by certain genes, the so-called timer genes.

In addition, external factors such as light, noise, or the time at which food is eaten also influence the biorhythm – and not only in humans.

All living organisms, even unicellular organisms, depend on a temporal organization and follow a regular day-night cycle.

In relation to us humans, chronological research plays an increasingly important role, since our way of life is increasingly no longer in harmony with our internal clock.

If the biorhythm gets out of sync, this can not only lead to eating and sleeping disorders, obesity, and lack of energy, but also to chronic diseases such as diabetes and severe depression.

Scientists from the German Institute for Human Nutrition (DIfE) have now discovered that the way we eat influences our inner clock to a greater extent than previously thought.

The research team led by Olga Pivovarova and Andreas FH Pfeiffer conducted a study on 29 normal-weight twins that was published in the Journal of Clinical Endocrinology & Metabolism.

The study participants were initially given a carbohydrate-rich diet with a carbohydrate content of 55 percent, plus 15 percent protein and 30 percent fat.

Anyone who consumed 2,000 kcal per day was therefore not allowed to consume more than 600 kcal in the form of fat. That would be, for example, 2 tablespoons of oil, 2 tablespoons of butter, 50 g mountain cheese (with 45% i.Tr.), and 50 g peanuts in one day. All other foods were then no longer allowed to contain any fat on this day.

After six weeks, the diet changed and the diet was high in fat and low in carbohydrates for six weeks.

This consisted of only 40 percent carbohydrates, but 45 percent fat, whereby attention was paid to a constant total number of calories.

Here, the participants were allowed to eat 1.5 times as much fat as before.

In just seven days, fat can damage your biorhythm

The scientists then determined, using blood cell analyses, that the change in diet – from high in carbohydrates to high in fat – had changed the activity patterns of four key timer genes within seven days.

These changes led to an acceleration of the daily rhythm, which noticeably disrupted the daily routine.

Furthermore, the high-fat diet led to an increased tendency to inflammation, which can promote all diseases that are associated with chronic inflammation.

The release of the stress hormone cortisol can also be adversely affected by a high-fat diet.

The morning cortisol peak initially shifted forward in time, but then permanently backward.

If cortisol is released much earlier or much later, it not only irritates the blood sugar level (and promotes the development of diabetes and obesity) but also disturbs sleep or makes it very difficult to get out of bed.

The higher the fat content of the diet, the more negatively it affects the internal clock and thus health.

A high-fat diet leads straight into a vicious circle

Professor Joseph Bass from Northwestern University in Evanston also found out in a study that high-fat diets disrupt the internal clock and even increase the feeling of hunger – even during actual rest periods.

The subjects were divided into two groups, one of which was put on a high-fat diet.

The high-fat food now led to a lengthening of the diurnal cycle, i.e. to staying up much longer in the evening, even before weight gain took place.

In addition, certain metabolic values ​​are out of balance, such as blood sugar levels, insulin levels, and the amount of fat circulating in the blood.

Furthermore, the activity of the timer genes mentioned above, which are responsible for controlling the internal clock, also changed here.

However, if you have difficulties going to bed at a reasonable time due to a disturbed biorhythm, you risk sleeping disorders and eat more (especially in the evening and at night).

In the rarest of cases, however, do you nibble on a carrot or prepare a vegetable soup late in the day? Mostly high-fat snacks are devoured.

This in turn increases the risk of obesity and diabetes.

You end up in a vicious circle that can only be broken by returning to a healthy diet with moderate fat content.

Conclusion: What does your bio-rhythm want?

When choosing your food, it is important that you pay attention to high-quality foods and eat them in balanced amounts. Then there are neither harmful carbohydrates nor harmful fats.

Avoid high-fat finished products (baked goods, fried foods, cakes, cheese, sausage, etc.) and confectionery, which often contain a lot of fat. Instead, prepare your meals yourself, which guarantees that you have total control over not only the amount of fat you eat but also its quality.

In this way, you not only keep your biorhythm in balance but also protect yourself from chronic inflammatory processes and thus from numerous chronic diseases. 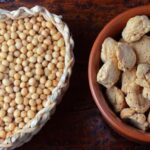 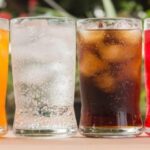