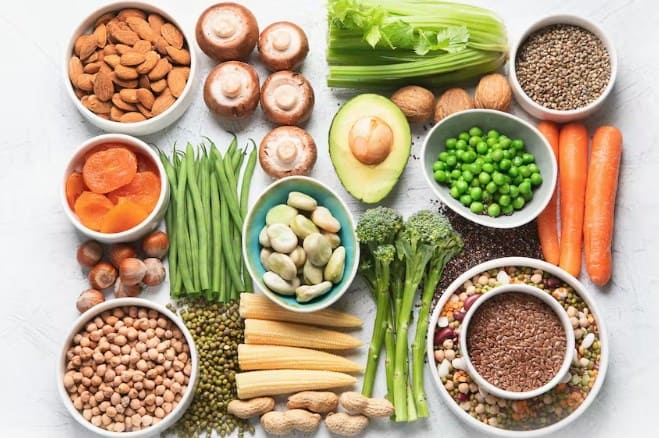 Knowledge is power. This saying can also be applied to our health. Because many so-called civilization diseases such as diabetes (type 2), obesity, cardiovascular disorders, and gastrointestinal diseases are due to a lack of nutritional knowledge. New international studies have brought to light the preventive and therapeutic powers of a vegetarian diet rich in vital substances.

Vegetarian diet as a solution to a health crisis

More and more studies are showing the connection between certain diseases and eating habits.

New research confirms once again that cutting out animal products not only has a preventive effect but can also combat serious conditions such as cardiovascular disease, cancer, diabetes, and obesity.

Doctors from the American Cleveland Clinic Wellness Institute go one step further by claiming that a balanced vegetarian diet would be the solution to our healthcare system, which is strained by lifestyle diseases.

Not only the frequency of nutrition-related illnesses could be reduced with a vegetable diet rich in vital substances. Significant savings could also be achieved in the medical budget if the population stopped consuming meat and dairy products.

The institute’s study dealt in particular with the influence of a vegetarian lifestyle on coronary heart disease.

Responsible for the corresponding pain in the chest (angina pectoris symptoms) is usually an underlying hardening of the arteries (arteriosclerosis). CHD is favored by high blood pressure, elevated blood lipid levels, diabetes mellitus, and severe overweight (obesity) as a result of poor nutrition.

The disease could be stopped and cured by a vegetarian diet, Esselstyn commented on the success of his treatment method. As a positive side effect, the patients lost weight, their blood pressure normalized and the blood sugar levels of type 2 diabetics improved.

Esselstyn has a negative health prognosis, especially for today’s youth. Given their average eating habits, young people in industrialized countries would be threatened with the same diseases of civilization in a decade or two.

It is therefore high time to do more educational work on healthy eating. Serious diseases such as CHD are not genetic, but the result of a lack of nutritional knowledge or a lack of personal responsibility.

Governments are struggling to fund rising healthcare costs, yet the solution to the western world’s chronic healthcare disaster is at hand. For Esselstyn, educating the public about the link between lifestyle diseases and dietary habits is paramount.

The renunciation of meat and dairy products would benefit the health of each individual and thus also the national budget.

The healthcare revolution will come when we can educate the public about a lifestyle that can stop and eventually eliminate 75 percent of all known chronic diseases. And an essential part of this lifestyle is a vegetarian diet,
explained Esselstyn.

Last but not least, the poor training of doctors in nutritional issues is also to blame for the lack of nutritional knowledge in society. In the course of their studies, prospective physicians usually only have to attend one nutritional science course, which is often limited to the interactions between food and medication.

In view of the knowledge about the direct connection between many diseases and eating habits, this is an intolerable situation!

Many people still have no idea how food choices affect their health. Healthier choices would not only halt escalating obesity in developed nations but would also cure heart disease, prevent cancer and reduce other health risks.
dr Joel Fuhrman, director of a nutritional science project at the National Health Association in New Jersey, also relies on a vegetarian diet in the treatment of typical Western diseases such as type 2 diabetes. The best and safest “medicine” is a low-calorie, plant-based diet with a high nutrient density and sufficient exercise.

This was also confirmed by a British study on the relationship between intestinal disorders and meat consumption.

Scientists from Oxford University concluded that vegetarians are significantly less likely to suffer from gastrointestinal diseases than meat eaters. They studied the dietary habits of 47,033 adults in England and Scotland, including 15,459 vegetarians.

Over the course of 12 years, 812 meat-eating study participants developed diverticulosis, six of whom died. After controlling for all other factors, it turned out that vegetarians are 31 percent less likely to develop this disease.

An additional role is played by the intake of digestive fiber, which is usually higher in a vegetarian diet with lots of fruit, vegetables, and grains than in a mixed diet with meat and dairy products.

In contrast to meat eaters, vegetarians also have a 36 percent lower risk of developing metabolic syndrome, which is considered a harbinger of cardiovascular disease and usually results from severe obesity, high blood pressure, high blood sugar levels, and disturbed metabolism. This was the result of studies by Californian Loma Linda University.

Both diverticulosis and metabolic syndrome are attributed to a “typically western” diet high in animal fats and processed foods, but low in fiber. People who eat a balanced vegetarian diet cut study leader Dr. According to Gary Fraser, overall health is better than that of meat eaters.

This was shown by the lower blood sugar and blood pressure values ​​as well as the BMI (body mass index) of the vegetarian test subjects. So what does a balanced plant-based diet look like in practice?

A balanced vegetarian diet as a prophylaxis

Chronic ailments such as diabetes, high blood pressure, digestive disorders, and arthritis can mostly be traced back to long-term poor nutrition.

So take your health into your own hands and take precautions! Activate your body’s defenses and become more efficient with a vegetarian diet rich in vital substances that focuses on fresh, preferably organic food and avoids dead meat and industrial food.

In this way, you provide your body with all the essential vitamins, minerals, amino acids, enzymes, and phytochemicals.

Instead of meat, fish, and dairy products, high-quality vegetable proteins enrich your diet. A variety of nuts, seeds, legumes, whole grain products, and pseudocereals such as quinoa, amaranth, and buckwheat as well as green leafy and cabbage vegetables, wild plants, and mushrooms put an end to the alleged “vegetarian protein deficiency”.

Even an occasional organic egg can’t hurt. The right composition of a healthy diet is the be-all and end-all. So stay informed and learn more about the topics of healthy, vegetarian, and alkaline nutrition! 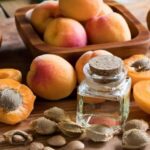 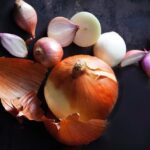