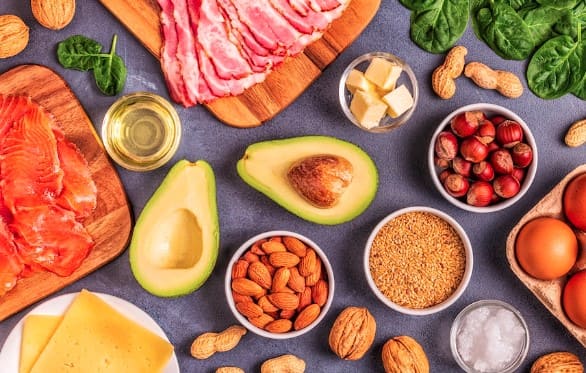 On average, children with ADHD have lower levels of vitamin D than their peers. The number of ADHD diagnoses is increasing rapidly in industrialized countries. However, numerous scientists continue to raise doubts as to whether ADHD is actually present in so many children. Unfortunately, ADHD children are usually sedated with strong drugs – often before other measures are taken. So e.g. For example, a vitamin D level that is too low can be one of the causes of hyperactivity – as a study from the Arab city of Qatar found out.

ADHD stands for Attention Deficit Hyperactivity Disorder. The children who are said to suffer from this “disease” are restless, have trouble concentrating, and are conspicuous for their “bad” behavior.

In such cases, ADHD is often diagnosed immediately – without having clarified other causes and possibilities.

The diagnosis is then usually followed by the use of strong medication. The most well-known ADHD medication is called Ritalin. In fact, parents of ADHD “patients” notice an improvement in “symptoms” after taking this drug.

However, Ritalin also has a calming effect on children who are classified as healthy. This is not surprising, because: The Ritalin active ingredient methylphenidate has a similar effect to cocaine!

It is not yet known exactly how ADHD develops. Therefore, there are no clear diagnostic procedures to date. The main criteria for the diagnosis are therefore the behaviors mentioned above.

And so the number of ADHD diagnoses continues to rise – especially in industrialized countries. It is possible that this is not so much due to the children, but rather to the pharmaceutical companies, who often exert a certain amount of pressure on the doctors in order to motivate them to prescribe their medicines more often.

In many cases, taking ADHD medication is not even necessary and can also harbor numerous risks.

Between 2003 and 2011, the ADHD rate among American children increased from 7.8 to 11 percent. In Europe, it is not much different.

This means that more than every tenth child is said to suffer from a “disease” that cannot be clearly identified and that was so rare a short time ago that it didn’t even have a name.

Scientists at the University of Toronto found one possible cause of ADHD.

The link between ADHD and abuse?

Researchers from the University of Toronto found in a study that a third of adult ADHD patients were victims of parental abuse before the age of eighteen.

This study could not determine whether the children’s ADHD symptoms stressed the parents so much that abuse only then occurred, or whether the abuse was a cause of ADHD.

However, these results raise the question of whether some ADHD patients are actually traumatized rather than hyperactive.

It is undisputed that children can be restless and have behavioral problems. Often, however, there is no dubious illness behind it, but tangible causes that can possibly be avoided.

This includes, for example, vaccinations, which are used in a downright inflationary manner. A conscious and targeted vaccination practice would therefore be highly recommended.

Nutrition and last but not least the supply of sunlight or vitamin D (which is formed in the skin through UV radiation) also play an important role in the behavior of children and adolescents.

So found dr. Madeeha M. Kamal and her team from the Hamad Medical Corporation in Qatar/Arabia found in a study that low vitamin D levels can be associated with hyperactivity and poor concentration in children.

The researchers examined the blood values of more than 1,300 children and adolescents diagnosed with ADHD and compared them with the values of peers classified as healthy.

In addition to vitamin D levels, they also checked the calcium, magnesium, cholesterol, and phosphorus levels of the underage participants.

It was found that vitamin D deficiency was more common in children with ADHD. While the ADHD patients had an average of 16.6 ng/ml of vitamin D in their blood, it was 23.5 ng/ml in the other children. A value above 30 ng/ml would be ideal.

It is almost impossible to meet the vitamin D requirement through food. However, the human body can produce the vitamin itself. However, this is only possible with sufficient solar radiation, because UV light is required for vitamin D synthesis.

In the summer months, a lot of exercise in the fresh air may be enough to cover the vitamin D requirement.

Here in Central Europe, the sun’s rays from autumn to spring are not sufficient to keep vitamin D levels within the normal range. Therefore, outside of the summer, a dietary supplement with a preparation containing vitamin D is recommended. 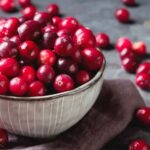 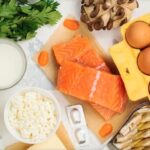