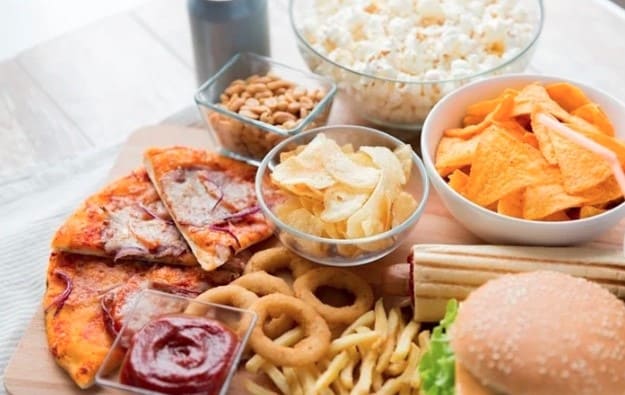 Unfortunately, unhealthy eating not only causes obesity, high blood pressure, high blood lipid levels, diabetes, and many other health problems. Several studies have shown that fast food also shrinks the brain—unfortunately, the areas of the brain are needed for memory, learning, and good mental health.

As early as 2011, scientists at the University of New York published a study that showed that unhealthy food can affect the brain. Back then, however, it was more about the highly interesting effects of food on the reward and appetite centers in the brain of overweight people.

It had been shown that overweight people – as a result of unhealthy nutrition – already had measurable damage to the brain. These were increased inflammatory processes that led to steadily increasing structural damage in the brain. The so-called orbitofrontal cortex (OFC) was particularly damaged – it was significantly reduced – and the so-called amygdala.

Because both regions of the brain also control the sense of taste, the researchers hypothesized that damage to these areas could lead to eating things that don’t actually taste that good or overeating. Both are often observed in overweight people – even in teenagers. Similar studies showed that the brain damage described was always found when the young people in question had particularly unbridled eating habits.

Unhealthy eating leads to a loss of self-control

Both brain regions – OFC and amygdala – are also necessary for decision-making processes and help to recognize things that could be unhealthy and dangerous for the individual. If there is damage here, this has an extremely negative effect on self-control. You can no longer protect yourself from things (e.g. unhealthy food, too much food) that harm you, although you actually know that they harm you.

However, it is still unclear what came first – the damage to the brain or being overweight – and who caused whom. What is clear, however, is that whether the person is overweight or not, it is a diet that contributes to brain-damaging inflammatory processes.

We have already described here that sugar and fat in particular can damage the brain – as researchers at Oregon State University found out in 2015: Sugar and fat rob your intelligence. These studies had shown that sugar and fat (even before one becomes overweight) initially damage the intestinal flora and this damage to the intestinal flora had a negative effect on cognitive abilities. This in turn was reflected in the fact that those affected could no longer adjust to new situations, their ability to learn was reduced and their long-term and short-term memory seemed to be impaired – problems that could also be regarded as the first symptoms of dementia.

Terry Davidson from Purdue University in West Lafayette Illinois also showed that the typical Western diet with a lot of sugar and fat can lead to reduced mental performance. He also found chronic inflammatory processes to be the cause.

According to Davidson, an unfavorable diet can also lead to increased permeability of the blood-brain barrier, which in turn leads to further impairment of the brain structure. The hippocampus is said to be the first to be damaged – an area in the brain that is considered the center of memory. The hippocampus can sort memories and only store those things that are important and healthy. Therefore, in order to protect humans from overeating, the hippocampus may NOT store an extraordinarily delicious taste.

When the hippocampus is damaged, however, memories of the tastiest (but usually unhealthiest) foods are so vivid that at times all you can think about is how best and fastest to get to those foods.

Damage to or a reduction in the size of the hippocampus is also a risk factor for dementia and Alzheimer’s disease because when the hippocampus is impaired, less and less information can get from the short-term to the long-term memory.

At first, you don’t feel these changes in the brain very clearly. In old age, however, they can no longer be hidden and there are clear changes in behavior that indicate the corresponding brain damage.

In September 2015, further research results on this topic became known and published in the international journal BMC Medicine. Researchers from Deakin University and the Australian National University (ANU) have also shown how diet affects certain areas of the brain, including the hippocampus.

With the help of magnetic resonance imaging, the size of the hippocampus was measured in the study participants (between 60 and 64 years of age). In this study, those people who ate unhealthily liked to consume sweetened drinks and salty snacks and processed meat products had a smaller hippocampus than the participants who preferred foods rich in vital substances such as vegetables, fruit, and fish. Other factors that can affect the size and function of the hippocampus (e.g. smoking, depression, not exercising enough, etc.) were taken into account.

A healthy diet is crucial for an efficient brain

Professor Felice Jacka, head of the study, explains that unhealthy food no longer only affects the hips, but also clearly damages the brain. “It’s becoming increasingly clear that diet is crucial – for both physical and mental health. Other research had only recently found that diet is a major risk factor for depression, anxiety, and dementia – we just didn’t know exactly how specifically diet affects the brain, which has now been clarified.”

So, eating healthy is a simple way to improve mental health, boost brain power and prevent dementia—if you have some self-control, of course. 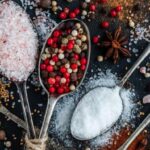 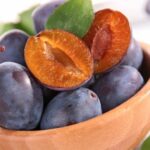