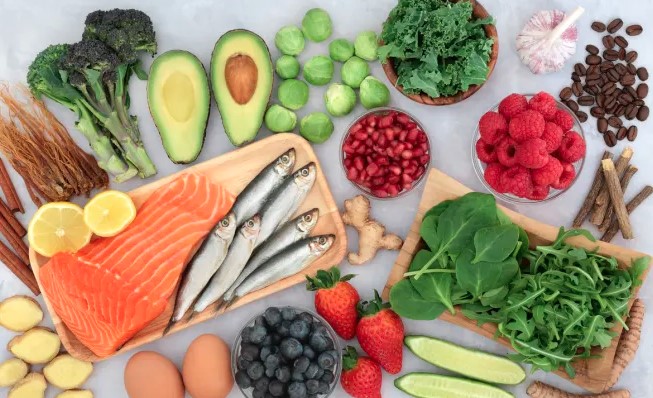 Chronic inflammatory diseases such as arthritis are reaching epidemic proportions in the western world. Scientists are all the more busy examining the connections between inflammation and lifestyle. Typical Western nutritional errors are considered to be the driving force behind the development of inflammation, which is the trigger for many chronic diseases.

Inflammation is the cause of almost every disease

Whether bronchitis, arthritis, osteoporosis, multiple sclerosis, diabetes, high blood pressure, Alzheimer’s, or cancer – as different as these diseases are, they are all based on excessive inflammatory reactions in the body. In fact, the root causes of hundreds of health ailments are attributed to chronic inflammation.

Inflammation can either occur as a single symptom (e.g. pimples or acne) or encompass the entire body (e.g. blood poisoning). Terminologically, the names of many inflammatory diseases end with –itis (e.g. arthritis = joint inflammation, gastritis = inflammation of the gastric mucosa).

Inflammation can manifest itself in five different forms: redness, heat, pain, swelling, or as impaired functionality. Since internal inflammation often goes unnoticed at first, noticeable reactions such as fever and general malaise can be the first signs of inflammation in the body.

The actual inflammatory process is accompanied by an initial local reduced blood flow, followed by increased blood flow. In this way, defense cells (white blood cells) are transported from the blood to the focus of inflammation.

Normally, inflammation is the body’s natural defense mechanism against invaders and pollutants. However, an unhealthy diet and lifestyle can also trigger inflammatory reactions, which over time develop into chronic foci of inflammation and no longer serve to maintain health.

In most cases, undiscovered chronic foci of inflammation result in serious illnesses. In order to prevent this development, a preventive lifestyle is essential, which should focus on a healthy and anti-inflammatory diet.

Let us first deal with the causes of inflammation as a precursor to chronic diseases in order to be able to counteract them.

In addition to a diet that is low in vital substances and acidic, excessive stress, lack of sleep, lack of exercise, too little sunlight, and environmental toxins, allergens, bacteria, viruses, and fungi can lead to chronic inflammation, which ultimately manifests itself in chronic disease.

Inflammation is actually the body’s natural response to stress. Such a stressful situation that the body is confronted with can be compared to a cold. To fight the cold virus, the body responds with a fever.

It is true that this form of an inflammatory reaction against the pathogens is to be rated positively because it usually results in recovery. On the other hand, the subliminal permanent inflammatory situations caused by a wrong lifestyle are problematic.

Permanent exposure to harmful influences pushes our immune system to its limit. Therefore, strengthen your immune system as a precautionary measure and regularly with a diet rich in vital substances!

Vital substances in an anti-inflammatory diet

The average diet in the western world is overloaded with refined flour, refined sugar, animal proteins, and inferior fats – the best ingredients for an overly acidic diet low in vitamins and minerals, which disrupts the acid-base balance and results in inflammatory chain reactions.

A predominantly alkaline diet with antioxidant vital substances such as vitamin A, vitamin C, vitamin E, copper, selenium, zinc, and omega-3 fatty acids is essential to keep all bodily processes healthy and to avoid chronic inflammatory diseases. We would like to give you some natural anti-inflammatory drugs:

Lemon – Part of the anti-inflammatory diet

You can consume part of your daily water intake with lemon water. Lemon water tastes better to many people than still water. Lemon water accelerates the deacidification and elimination of problem substances. In addition, lemon has an anti-inflammatory effect, so lemon water kills several birds with just one stone.

Magnesium is an anti-inflammatory diet

As probiotic superfoods, fermented foods such as raw sauerkraut not only stimulate digestion and balance the intestinal flora. They also protect against inflammation by boosting the immune system with beneficial bacterial cultures against infection. However, fermented milk products such as kefir should be consumed with caution. They build up mucus and acidify the organism, which in turn can promote inflammation.

Spinach is an anti-inflammatory diet

Spinach is one of the superstars among vegetables. Higher than average in vitamins and minerals, these green leaves also provide health-boosting phytonutrients like carotenoids, as well as more than a dozen flavonoids, which scientists say act as anti-inflammatory and anti-cancer agents.

As an excellent source of the antioxidants vitamins C and E, beta-carotene, manganese, zinc, and selenium, spinach act as a natural protective shield against oxidative stress and the resulting inflammatory diseases.

Broccoli as part of an anti-inflammatory diet

Broccoli has also secured a place in the top league of preventive vegetables. In addition to the anti-inflammatory vitamin C, the green Kraut contains anti-cancer and detoxifying phytonutrients such as sulforaphane and glucosinolates. Additionally, broccoli has high levels of kaempferol.

This flavonoid is said to reduce the effects of allergens in the body, thereby significantly reducing the likelihood of inflammatory diseases.

Brown algae in the anti-inflammatory diet

Brown seaweed like kombu, wakame, and arame are high in fucoidan, a complex carbohydrate that’s been credited with anti-inflammatory and anti-cancer properties. Algae are used as versatile medicinal plants in Traditional Chinese Medicine (TCM). The fiber contains also cleanses the digestive tract and supports fat metabolism. Good reasons for the next visit to the Japanese restaurant you trust!

Onions and garlic have anti-inflammatory effects

Onions and garlic belong to the allium family, which are known for their health-promoting sulfur compounds. While onions use the sulfur molecule onions A and the antioxidant quercetin to defend against inflammatory processes, garlic is also a tried and tested home remedy for inflammation.

Its special sulfur compounds stimulate the protective mechanisms of the immune system against various pathogenic invaders.

Turmeric and ginger for inflammation

According to ancient lore, turmeric and also ginger is used in both traditional Indian and Chinese medicine as powerful anti-inflammatories. Even more effective than turmeric essential oil is the orange-yellow coloring agent curcumin.

Its anti-inflammatory potency is said to be comparable to strong chemical drugs without side effects.

Cherries are said to be 10 times more effective at fighting inflammation than aspirin. Recent research even cites the red fruit as the most potent anti-inflammatory that nature has to offer. An antioxidant plant pigment (an anthocyanin) that belongs to the flavonoid group was identified as the responsible ingredient. This anthocyanin is said not only to stop oxidative processes in the body but also to perform amazingly as an alternative pain reliever.

Papaya and blueberries have anti-inflammatory effects

In addition to cherries, there are other fruits that have antioxidant and anti-inflammatory effects. This includes papaya and blueberries.

Omega-3 fatty acids, such as those found in hemp oil, flaxseed oil, and walnuts, play a crucial role in the nutritional therapy of inflammatory diseases. The so-called alpha-linolenic acid is able to neutralize the 4-fold unsaturated fatty acid arachidonic acid, which is considered to trigger many inflammatory processes.

The sea fish, praised for its high-quality omega-3 fatty acids, is only conditionally recommendable because of its pollutant load (especially mercury).

These foods include, above all, industrially highly processed foods of all kinds, such as sweets (and everything that contains sugar), ready-made sauces, ready-made pizza, sausage, cheese, ready-made desserts, fruit yogurt, and similar dairy products, and also pastries (especially those containing gluten).

Furthermore, animal products should generally be reduced to an anti-inflammatory diet, since meat and some dairy products contain a lot of arachidonic acids, which (as already mentioned) triggers inflammation. 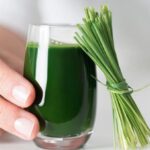 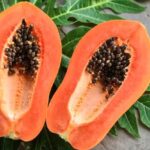