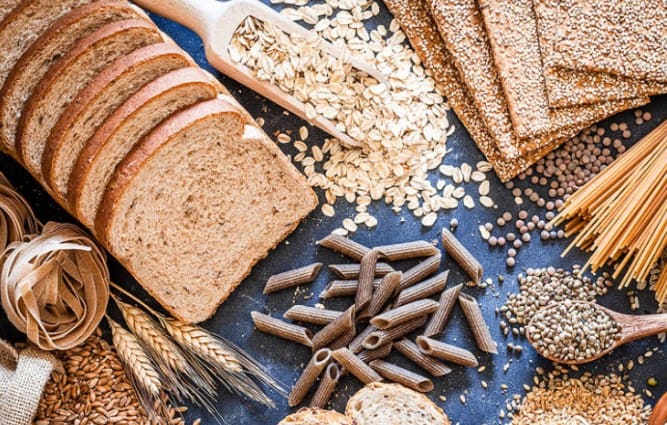 Contents show
1. Grains throughout human history
2. Flatbread made from sprouted grains
3. Goals of modern grain farming
4. Gluten intolerance
5. Grains and indigestion
6. Grain puts a strain on the organism
7. Hemorrhoids go away on a grain-free diet
8. Sprouted Grain
9. Extract flours cause a lack of vital substances
10. Bread costs lifetime
11. Cereals – yes or no

Cereals are our number one staple food. A life without bread, without cake, without pasta? Unimaginable for most people. And yet grain has only been part of human nutrition for a few thousand years. In the beginning, the ancient grain was certainly an enrichment for the Stone Age menu.

The earliest finds date back to the Neolithic Age, pointing to the deliberate cultivation of grain from around 8,000 BC. close. A few thousand years may seem like a lot to an individual with a life expectancy of just 70 or 80 years. However, if one assumes the entire development period of modern man, it is a period of at least 200,000 years. This means that man was apparently able to keep his head above water in the 190,000 years before he discovered his passion for grain products.

The original home of man is said to have been in tropical Africa, i.e. in climatic zones in which pleasant temperatures always prevailed. Green plants and fruits thrive there all year round in such a variety and lushness that in this paradisiacal environment certainly none of our ancestors had the idea of painstakingly collecting the seeds of any grass, when fat mangoes, juicy tubers, and fat nuts were practically directly in mouth grew.

At some point, however, people made the journey. This is how they reached areas with a moderate or even cold climate. Fruits and most of the greenery were only there for a few months. So you had to switch to other food sources. That was meat on the one hand and grass seed on the other (the ancestors of today’s grain).

Before people settled down, they gathered the unripe ears of wild grass. They also collected the newly sprouted seedlings of these wild grasses. Both – unripe wild grass seeds and seedlings – are extraordinarily rich in vital substances and life energy. What our roaming ancestors didn’t eat, however, was ripe grass seeds. Simply because ripe grass seeds fall to the ground immediately and don’t wait for someone to come and harvest them. (Modern crops are bred to not drop their mature seeds.)

Flatbread made from sprouted grains

Then man settled down and began to grow crops. In the beginning, from a health point of view, it wasn’t too tragic. Grain was not a staple food, it was grown without the use of chemicals and not industrially processed. The ancient types of grain were also rich in minerals and vitamins. People germinated the grain, mashed the germs into a pulp, seasoned them with fresh herbs, shaped the resulting dough into loaves, and left them to dry in the sun. These flatbreads were wholesome and healthy.

Everything is a bit different today. Grain farming has recently focused on two main aspects. Cereals should be easy to harvest mechanically (so today they no longer fall out of the ear when ripe) and they should better meet the requirements of the food industry.

Therefore, for example, a high protein content (glue or also called gluten) is particularly important. Gluten sticks well, so doughs made from it hold together well and are easier to work with. Whether grain is also healthy and useful to the consumer was of no interest to anyone in the breeding process.

On average, every two hundred and seventieth person worldwide suffers from gluten intolerance. In these cases, all types of cultivated grain with a high protein or gluten content (wheat, spelled, rye, barley, etc.) lead to chronic inflammation of the mucous membrane of the small intestine (celiac disease). Apart from unpleasant symptoms such as diarrhea, vomiting, nausea, and weight loss, the vital nutrients from food can no longer be properly utilized.

There is also gluten intolerance, which is independent of celiac disease. This affects many more people and can lead to many symptoms that are not associated with diet at all, including depression, obesity, autoimmune diseases, migraines, and many more.

However, it may not be an unnatural hypersensitivity at all. Perhaps it is a completely normal reaction of a healthy organism, which merely signals that it has identified modern, overbred grain and industrial products made from it as unsuitable for its diet and unhealthy.

All other people who tolerate the cereal protein may only appear to do so. Although they may not suffer from acute complaints after eating grain, chronic complaints of the digestive organs such as heartburn, abdominal pain, flatulence, irritable bowel symptoms, diarrhea, constipation, nausea, hemorrhoids, and chronic intestinal inflammation such as ulcerative colitis, and Crohn’s disease do come to the doctor’s office Hand.

As mentioned above, these different symptoms are not just to blame for the grain. In combination with the other heavily processed foods that are consumed as a matter, of course, today (pasteurized milk products, convenience products of all kinds, stimulants such as caffeine, alcohol, sugar, etc.), modern nutrition causes permanent irritation and overloading of the digestive organs.

Grain puts a strain on the organism

Ripe grain is extremely difficult to digest. Not only gluten alone causes problems for the organism. The large proportion of starch also leads to irritation. Starch plus gluten creates a sticky mass in our guts that cannot be fully digested. In addition to waste products, acids are also produced during (attempted) digestion. They are deposited in the body and over-acidify it day by day.

Chronically inflamed mucous membranes (in addition to gastrointestinal complaints and frequent colds) and diseases of the musculoskeletal system (arthrosis, gout, rheumatism) are typical consequences of daily bread and pasta consumption – at least that’s how the old health advocates Arnold Ehrlich, Walter Sommer, and Helmut Wandmaker describe it and many others.

Of course, none of this applies to birds, as they have a digestive organ (a crop) specially designed for digesting ripe seeds. Do you have such a goiter? If not, stay away from cereals, baked goods, and pasta. For a few weeks – on a trial basis. You will feel fantastic!

There may not be scientific evidence in the expected form, but numerous experiences show again and again how well many people suddenly feel when they drastically reduce their grain consumption.

Hemorrhoids go away on a grain-free diet

A grain-free or gluten-free diet often shows a significant improvement in the diseases and symptoms mentioned above after just a few weeks. Try it! Go gluten-free for a few weeks and see what happens.

Arthritic pain and annoying hemorrhoids, for example, disappear for many people within a few weeks if you avoid grains and pasta and instead increase your vegetable and salad consumption. However, they come back just as quickly if you relapse again. Your body tells you exactly what is good for it and what is not. Pay attention to his signals!

However, if grain (spelled, rye, oats, barley, Kamut, etc.) is allowed to germinate into sprouts or even grass (for the production of grass juice), then it is no longer grain but a type of fresh vegetable. Under the action of enzymes, the hard-to-digest protein is transformed into easily digestible amino acids, chlorophyll (the exquisite blood-building material) is formed and the so-called anti-nutritive, which can make digestion difficult, is broken down just like the sticky starch. The amount of vital substances, which is rather sparse in the grain, is multiplied and brought into an easily absorbable form. Seedlings and sprouts represent an excellent upgrade of daily fresh food and have little to do with grain.

Extract flours cause a lack of vital substances

Conventional baked goods and pasta, on the other hand, quickly fill you up and – depending on personal tolerance – are more of a burden than they would be of any use.

Of course, high-quality whole grain products, e.g. B. Home-baked bread made from freshly ground spelled, if consumed in moderate quantities, enrich the menu. However, white flour products (i.e. cereal products made from refined flour) almost only provide gluten and starch. Their vital substance content is minimal and not worth mentioning.

If you eat a large part of your diet from white bread, pasta, pizza, pastries, and cakes, then sooner or later this diet will lead to a chronic lack of vital substances.

Cereals, for example, are touted as a high-quality source of the vitamin B complex. However, this no longer applies to grain products made from white flour, which is why vitamin B deficiency is not as rare in our latitudes as is commonly assumed. Recurring cracks in the corners of the mouth, skin problems, indigestion, but also insomnia, tiredness, headaches, and dizziness can be the first deficiency symptoms.

If you look at the longest-lived people on earth, it is noticeable that they often eat little or no grain. The Russian doctor Galina Schatalova tells of grain-free peoples in the Caucasus and those in Far Eastern Siberia, whose average life expectancy is said to be 133 years.

The oldest known historian Herodotus (490 BC) also reports on the long-lived Ethiopians, who ate no grain at all and lived to be around 120 years old, while their Persian contemporaries believed themselves to be particularly modern, ate a lot of wheat bread, rarely lived to be more than 80 and also reached this relatively old age for us, modern people, only because they are said to have eaten a lot of fruit.

Cereals – yes or no

So what is the conclusion now? Is grain healthy or rather unhealthy? 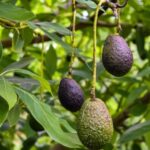 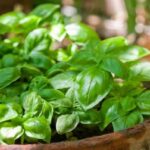