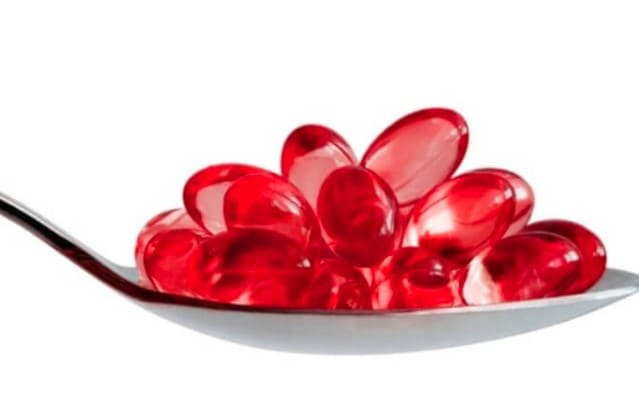 The treatment of stomach or intestinal ulcers is often a lengthy story that requires a lot of patience from those affected. The healing process is also extremely difficult in the case of ulcers in diabetics. Therefore, today we want to introduce you to a substance that (together with a healthy lifestyle) can prevent the development of ulcers and, moreover, can heal an existing disease much faster. Its name is astaxanthin – a natural and extremely potent antioxidant.

An ulcer also called an ulcer (plural ulcers), is a deep defect in the skin or mucous membrane that causes a continuous discharge of pus. Diabetics in particular are aware of the problems associated with an ulcer. But even those people who are prone to ulcers in the digestive system know the complications that can accompany this condition. Even if the causes for the development of ulcers are of different natures, they have one thing in common: they heal very poorly and often come back again and again.

The great danger for diabetics is the development of polyneuropathy. This nerve disease is a secondary disease of diabetes mellitus, which can initially manifest itself as an unpleasant tingling sensation in the hands and feet. In the further course, the feet can become extremely sensitive to pain, which ultimately turns into a feeling of numbness.

In this situation, the perception of pain is lost, so injuries to the feet are no longer perceived. Infections develop that cause purulent ulcers. Due to the fact that polyneuropathy is always accompanied by poor blood circulation, wound healing in diabetics is difficult. If the ulcer does not heal, in some cases amputation is the last resort to save the patient’s life due to progressive tissue death.

An ulcer in the stomach or duodenum (upper part of the small intestine) occurs when the mucous membrane can no longer perform its protective function adequately. In this case, the stomach or duodenum is attacked by the corrosive gastric acid. Initially, inflammation develops in the unprotected areas of the mucous membrane, which can quickly develop into stubborn ulcers.

The most common causes include increased gastric acid production (which in turn can be the result of an unfavorable diet) and the bacterium Helicobacter pylori. But constant stress, psychological strain, certain medications, and nicotine and alcohol abuse can also contribute to the development of stomach and intestinal ulcers.

In the case of ulcers and poorly healing wounds, the chronic inflammatory processes lead to a high level of free radicals. These in turn can cause further cell damage, accelerate the aging process and prevent healing.

Therefore, the organism tries to fight these free radicals in the best possible way – with the help of antioxidants. It uses the body’s own antioxidants, but also antioxidants from food, e.g. B. the vitamins C and E and the carotenoids beta-carotene, lycopene, and lutein.

Especially in the case of illness and a diet low in vital substances, antioxidant-rich food supplements such as astaxanthin are valuable support, since the antioxidant content of the food is often not sufficient to stem the tide of free radicals that are produced.

Astaxanthin is obtained from the alga Haematococcus Pluvialis and is considered one of the most effective antioxidants. Scientific studies have been able to provide evidence that it is many times more effective in the fight against free radicals than the vitamins already mentioned.

Due to its ability to get to where it is needed particularly quickly and its lasting cell-protecting properties, it is a helpful means of preventing chronic inflammation and alleviating existing inflammatory processes.

Efficacy of astaxanthin in preventing ulcers

At the Central Food Technological Institute in India, astaxanthin was tested for its effectiveness in treating stomach ulcers. As part of the study, experimental animals were given astaxanthin (100, 250, and 500 µg/kg body weight). The animals were then given ethanol, which can cause gastric ulcers to form. The highest dose of astaxanthin was able to protect the animals’ stomachs so that they did not develop ulcers.

In addition, the administration of this amount of astaxanthin led to a significant increase in endogenous antioxidants. B. superoxide dismutase, catalase, and glutathione peroxidase. Astaxanthin not only has an antioxidant effect itself but also increases the body’s own antioxidant potential.

In addition, it was found that astaxanthin inhibited the effects of the body’s own enzyme lipoxygenase. This enzyme is problematic because it can trigger inflammatory processes in the body or perpetuate existing inflammation.

Astaxanthin and nutrition – an unbeatable team

Since it never makes sense to rely solely on a single external substance, you should always implement a holistic concept, including practicing a healthy diet (anti-inflammatory diet), thinking about effective stress management, getting enough sleep, lots of exercise of fresh air, to optimize the supply of vital substances, if necessary to initiate intestinal cleansing and to select appropriate nutritional supplements, such as the mentioned astaxanthin. 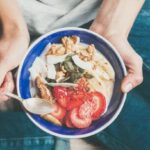 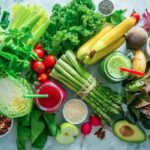