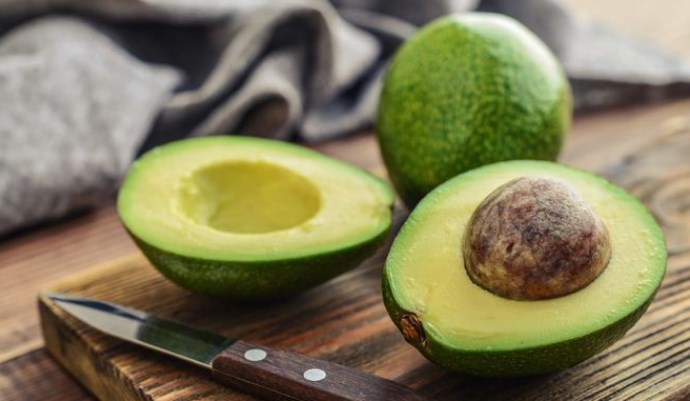 For a long time, you read that avocado seeds are too good to throw away. You should eat them instead. Now they are said to be poisonous. Are they edible or are they harmful?

The pulp of the avocado is said to be very good for cardiovascular health due to the high-quality fat – and the avocado oil is used successfully for skin diseases. A special avocado extract (ASU) is also on the market as a dietary supplement to treat arthrosis symptoms.

Until recently, you could also read on the internet that you should definitely eat avocado seeds and never throw them away. Because they are incredibly healthy. In the meantime, the tide has turned and people are now being warned against eating avocado seeds. So what is it about the avocado core? Is it healthy or rather harmful?

Are avocado seeds really that nutritious?

In general, the main argument for eating avocado stone is that it is the most nutritious part of the whole fruit. That’s true, but it’s nothing special because the seed of the fruit is fundamentally more nutritious than the flesh of the fruit.

So if the sentence appears everywhere that the avocado seed contains 70 percent of the amino acids of the entire fruit, that is completely normal, since the seed always has a much higher protein content than the pulp – whether you are looking at the watermelon seed, the pumpkin seed or the pear core.

The avocado seed is said to have these 10 advantages

The avocado seed is said to have many health benefits. Some of these are also listed in a 2013 study. Researchers at Pennsylvania State University wrote at the time that, according to current studies, the avocado seed could improve high cholesterol, high blood pressure, inflammatory diseases, and diabetes. In addition, the kernels had antimicrobial properties and contained insect and fungus-repellent substances.

On the other hand, you can find lists like this one on the Internet: The avocado core…

Some claims are unequivocally true (e.g. high in antioxidants), while others have little evidence and are likely to be pure conclusions. Two examples:

However, there are no concrete studies on this, especially not in humans. These are mostly studies on cell cultures. There are also isolated animal studies. such as B. the following:

The avocado seed lowers cholesterol but can be toxic

It is probably just the high fiber content in the avocado seed (35 percent) – the researchers suspected in the above study – that, together with the antioxidant capacity of the avocado seed powder (173.3 μmol TE/g dry weight), lowered the cholesterol level.

On a whole core of z. B. Based on 30 g fresh weight (corresponds to 12 g dry weight = 40 percent of the fresh weight), that would be an antioxidant capacity of 2,079 µmol TE per avocado stone. But it would be better to eat a small apple (100 g) of the Red Delicious variety (with skin), which already provides over 7,700 µmol TE.

And as far as fiber is concerned, the apple is also on par with the avocado pit, so in everyday life, it seems more sensible and healthier to eat the apple, which clearly contains fewer dubious substances than the avocado pit.

In connection with the avocado stone, there is a general warning about the plant substance person, but nowhere is there information on the specific amount of person in the avocado stone. It is usually said that the skin of the avocado and the avocado leaves contain persin. There is no mention of the core, which, however, can also mean that its Persin content has not yet been determined. In addition, Persin is said to be harmful to a wide variety of (domestic) animals, but not to humans (apart from overdoses).

Persin may also have certain healing potential in terms of cancer: In 2006, a study on human breast cancer cells discovered that an isolated person – given directly to the cells – can selectively induce apoptosis of these cells, which means that only certain cells – the cancer cells – are induced by the person to reactivate their suicide program and thus die.

It is not known how much persin or avocado seeds would be needed to fight existing breast cancer in a living person, nor what side effects could possibly occur here.

Many active ingredients are in the skin of the avocado seed

In 2017, researchers at the University of Texas Rio Grande Valley in Edinburgh showed that the avocado pit contained compounds that could fight viruses, heart problems, and even cancer. However, they found these substances in the skin of the pit and thus in that part which is often removed by avocado pit eaters.

BHT (butylated hydroxytoluene) was found in the wax of the core skin, the actually chemically produced preservative (for cosmetics and high-fat foods) that is suspected of being able to cause allergies and cancer and is therefore not used in either natural cosmetics or organic products.

The amounts of these substances are contained in the skin of a single avocado seed in very small amounts, so it is very unlikely that you will notice either their harmful or beneficial properties if you eat this skin.

Researchers at the renowned Pennsylvania State University wrote in their 2013 study that the avocado seed has been used in the fruit’s native countries for a very long time – more as a remedy than as a food.

Its plant substances can therefore actually be helpful for humans under certain circumstances, but – as explained above – one does not know the boundary between even more useful and already harmful dosages.

There is certainly nothing wrong with eating an avocado seed from time to time or using the flour in small amounts for a few weeks as a cure for symptoms. But we would advise against eating avocado seeds every day. Because the avocado seed is definitely NOT food, but rather medicine.

Why the avocado seed is suddenly eaten

Incidentally, all the studies that are currently being published on avocado seeds have only been carried out because the food industry wants to find ways to use waste as profitably as possible. Because avocado oil production produces tons of avocado seeds, which previously went to waste and for which worthwhile uses are now being sought, e.g. B. by isolating individual substances from it and selling it as a medicine.

The people, however, gratefully accept these first studies, call the core a superfood and throw it in their smoothie every day.

How is the avocado seed prepared?

If you still want to try the avocado seed, then this is the easiest way:

How do you plant an avocado seed?

Best not at all! The avocado tree is at home in the tropics and subtropics and reaches the size of a walnut tree. So if you don’t have a conservatory that is at least 10 meters high, you shouldn’t grow an avocado plant either – at least not if the well-being of the plant is important to you. Because in the flower pot on the windowsill of a Central European dwelling, the little tree would only vegetate with difficulty and sooner or later die.

Aside from that, the kernel can germinate just lying in the ground like any other seed kernel. On the other hand, you can actually save yourself the typical toothpick and water glass effort that is described in umpteen videos and articles. The method is not only extremely unnatural and complicated, but it also promises no faster success than germinating in the ground. With both variants, you have to wait several weeks (at least four) up to a few months until the core starts to germinate.

Avocado pits contain dyes that were formerly used as ink for writing in the avocado’s homelands. But you can also use it to dye light-colored clothing and fabrics in a beautiful pink to pink without much effort. You need 3 to 5 avocado seeds and a large saucepan for every 500 g of clothing/fabric.

The fabric to be dyed is first washed with a little baking soda (without detergent) and then put into the saucepan while it is still wet, in which the avocado seeds have previously been simmered for 20 to 40 minutes. The pot should be large enough to accommodate the fabrics to be dyed and completely covered with water.

The fabrics are left in there for at least 30 to 120 minutes or even overnight – depending on how intensively you want to dye. The fabric is then thoroughly rinsed, washed with mild soap, and hung up to dry. Details on how to do this can be found under this footnote or elsewhere on the web.

One company in Mexico — located in the heart of an avocado-growing region — is now turning 15 tons of avocado pits (that would otherwise go to landfill) a day into fully biodegradable cutlery and compostable drinking straws. It turns into good compost in 240 days, while traditional plastic takes an estimated 500 years to decompose.

Conclusion: is the avocado seed edible or harmful? 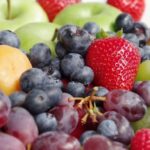 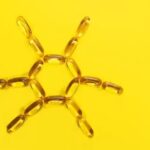