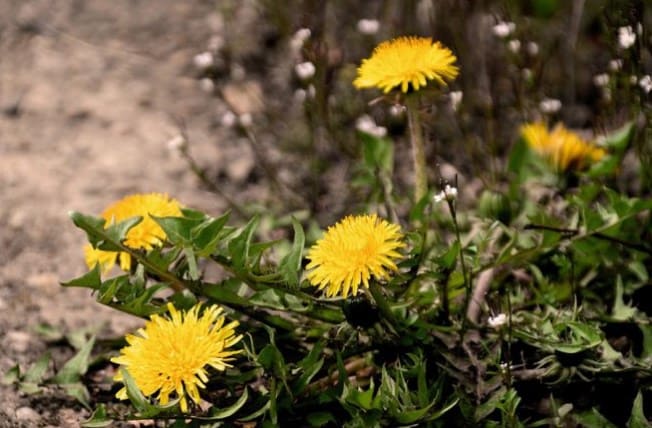 Bitter herbs are also sometimes referred to as liver herbs because they stimulate and protect the liver. But that’s not all. Bitter herbs also cleanse the gallbladder, improve digestion, stimulate the central nervous system, and increase immune function, and, through all these beneficial effects, can remedy a wide range of health problems affecting the entire organism. We present four particularly effective bitter herbs.

Four herbs that are often used in naturopathy to support the liver and gallbladder and to heal various illnesses and ailments are milk thistle, dandelion, common mahonia, and gentian.

Since a healthy liver and a healthy digestive system are the prerequisites for a healthy organism, the use of bitter medicinal herbs as part of holistic therapies is highly recommended and makes sense.

Milk thistle is the best-known medicinal plant for the liver. It protects our liver cells from certain secondary plant substances.

These substances ensure rapid recovery and healing of already damaged liver cells and protect healthy liver cells from damage. With the help of milk thistle, an ailing liver can regenerate faster.

The fruits (seeds) of the milk thistle in particular contain the key active ingredient, silymarin, an antioxidant that has an anti-fibrotic effect and can neutralize toxins.

Laboratory tests have shown that milk thistle is able to reduce liver damage caused by radiation, excessive consumption of paracetamol (an analgesic), or poisoning with carbon tetrachloride and other environmental toxins.

Clinical tests have also shown that milk thistle can be used to treat alcohol-induced liver damage, hepatitis, and other liver disorders.

Tetrachloromethane: A highly carcinogenic poison that is now only approved for research use and used to be found in fire extinguishers.

The root as well as the leaves of the dandelion are extremely bitter and therefore belong to the classic bitter herbs of naturopathy.

Just like all other bitter herbs, dandelion stimulates digestion and stimulates bile production in the liver. This cleanses both the liver and gallbladder.

The International Journal of Molecular Science published an in-depth study on the effects of dandelions (both root and leaf) on various health conditions in 2010.

It has been shown that the dandelion has the ability to reduce cholesterol levels, alleviate rheumatism, significantly minimize oxidative stress, which contributes to the development of arteriosclerosis, and also act as a diuretic (water stimulant).

The dandelion should therefore be considered an important part of our diet. If you don’t want to eat it as a salad or drink it in a green smoothie, you can use dandelion root extract or dandelion fresh plant juices.

The journal Dermatologic Therapy wrote a 2003 article about the healing powers of the Oregon grape. The paper looked at medicinal herbs that can be used to treat skin problems.

The authors noted that mahonia should be used primarily against acne and that the plant also has “anti-bacterial, anti-inflammatory and gall-stimulating properties”.

However, since the common mahonia is considered a poisonous plant, only standardized finished medicinal products from pharmacies should be used.

Gentian is also a well-known bitter herb with a variety of positive effects: the extract of the gentian root has a lasting effect against fungi and inhibits inflammation. It also increases the body’s defenses. The bitter substances in gentian also stimulate the production of gastric juices and bile.

In an uncontrolled clinical study, an alcohol-based tincture of gentian increased (and prolonged) gallbladder emptying. In addition, it improved the digestion of proteins as well as fats.

How to supply yourself with sufficient bitter substances

Bitter herbs are useful for all people. Of course, those people who have come into contact with environmental toxins, consume a lot of alcohol, eat large amounts of meat or suffer from high cholesterol, digestive problems, bad breath or even fatty liver particularly benefit from bitter herbs.

Bitter herbs should ideally be taken in the form of non-alcoholic herbal elixirs. If you choose alcoholic herbal bitters (e.g. Bitterstern), then you only take a few drops of it.

In addition, there are bitter herb mixtures made from dried bitter herbs (e.g. the bitter base powder), from which you either make tea or put a pinch of it in your mouth several times a day, salivate it well, leave it on the oral mucosa and then swallow it. 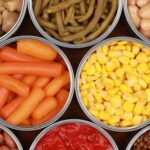 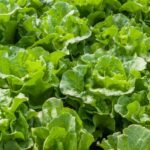