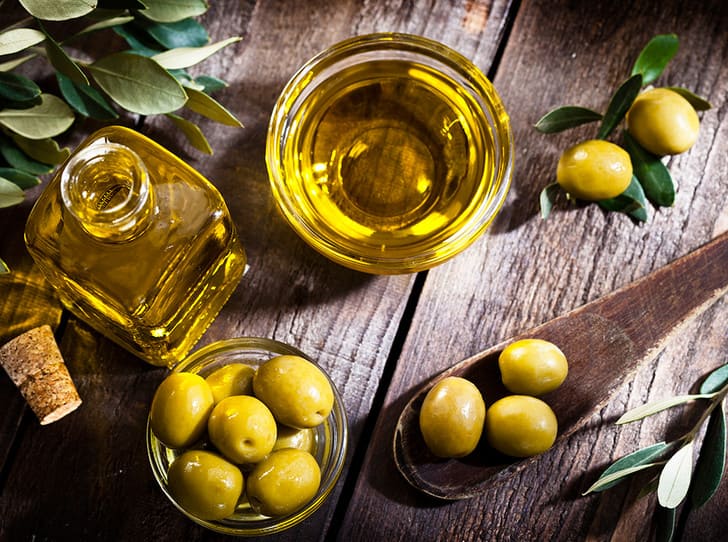 Olive oil is considered a superfood and should not be missing in Mediterranean cuisine. But to what ingredients does it owe its reputation as a particularly healthy cooking oil? We asked the nutrition expert Dagmar von Cramm.

Olives have been cultivated and processed into oil for thousands of years – and not just in the Mediterranean. The “liquid gold” also has a long history in the Middle East and Africa. Even in ancient times, people knew about the healthy effects of olive oil and used it internally and externally.

Today, olive oil is still a staple in countries like Italy, Greece and Spain. As studies show, people from the Mediterranean region seem to be healthier: They are said to suffer less from cardiovascular diseases, high blood pressure, diabetes and obesity, and have a higher overall life expectancy. What does olive oil have to do with it?

Fatty acids in olive oil are good for the heart

“Olive oil consists largely of monounsaturated fatty acids, especially oleic acid. This is an omega-9 fatty acid that has a positive effect on cholesterol levels and heart health,” explains ecotrophologist Dagmar von Cramm. “Because it can lower the harmful LDL cholesterol – a blood fat that tends to clog the arteries,” says the bestselling author, who also shows many healthy recipes on her YouTube channel.

The result of “calcified” arteries (arteriosclerosis): There is a risk of coronary heart disease. When it occurs, the heart is no longer supplied with enough oxygen. The risk of suffering a heart attack or stroke increases. “The oleic acid in olive oil can reduce the risk of this,” emphasizes Dagmar von Cramm.

In addition, oleic acid has another advantage: “It enables the body to absorb valuable omega-3 fatty acids.” They belong to the group of polyunsaturated fatty acids, about ten percent of which are contained in olive oil. “The omega-3 fatty acids make a particular contribution to healthier blood lipids and thus prevent cardiovascular diseases,” emphasizes Dagmar von Cramm. They are particularly important because the body cannot produce them itself.

“So the ‘good’ fats are one reason why olive oil and the Mediterranean diet or diet is so healthy.” However, these “good fats” are also found in other foods commonly eaten in the Mediterranean, such as fish and nuts. Fresh fruit and high-fiber vegetables are eaten there just as often. Red meat and dairy products, on the other hand, are less common on the menu.

But olive oil not only has a healthy fatty acid composition. “It’s also rich in phytochemicals, more precisely in polyphenols,” says Dagmar von Cramm. On the one hand, they make the oil last longer by preventing it from going rancid through contact with oxygen. On the other hand, a number of health-promoting effects are also attributed to them.

“Polyphenols have an anti-inflammatory and antioxidant effect. They therefore increase the positive effect of fatty acids on the heart and blood vessels,” emphasizes the nutrition expert. “In addition, these bioactive plant compounds can protect our cells from free radicals.” These are oxygen compounds, some of which the body forms itself, but which are also caused by external influences such as stress, UV radiation and harmful environmental substances. A high proportion of free radicals can trigger “oxidative stress”. This is suspected of being a contributing factor in cancer and cardiovascular diseases.

A substance in olive oil works similarly to ibuprofen

The most important polyphenols in olive oil include oleocanthal and oleuropein. The two bitter substances are mainly responsible for the pungent or bitter taste that characterizes high-quality olive oil.

Of all the cooking oils, oleocanthal is found only in olive oil. The substance has strong anti-inflammatory properties and has a similar effect to the painkiller ibuprofen: it inhibits the “Cox enzymes” in the metabolism, which are involved in certain inflammatory reactions. An international team of researchers reported on this in the British journal “Nature” in 2005.

However, acute pain cannot be combated with olive oil. Because 50 grams of olive oil a day has only ten percent of the effect of an ibuprofen dose for adults. However, oleocanthal is probably an explanation for the health-promoting effect of the Mediterranean diet, the scientists wrote.

With vitamin E, olive oil contains another effective antioxidant in addition to the polyphenols. The cell-protecting, anti-inflammatory vitamin is contained in particularly large quantities in the Mediterranean cooking oil. In addition, the defenses and the immune system are strengthened by vitamin A.

Both vitamins are fat-soluble and can therefore be absorbed very well by the olive oil. “However, one has to say that with a healthy, varied diet there is no shortage of these vitamins,” says Dagmar von Cramm.

In addition, olive oil fills you up well, promotes digestion and does not allow blood sugar levels to rise so much. Studies even suggest that it can reduce the risk of diabetes. “This is mainly due to the polyphenols luteolin and apigenin, which belong to the flavone group,” explains the nutritionist.

“Because they inhibit the enzymes for sugar and fat formation. This slows down the formation of new sugar in the liver and the formation of fat, so it prevents fatty liver.” In addition, the flavones would improve the insulin response. Although olive oil cannot replace medication, it can contribute to more balanced blood sugar levels as part of a healthy diet.

Another positive effect: the fatty acids in olive oil keep the contents of the intestines supple. Therefore, the oil is also used as a home remedy for constipation. But beware: Too much olive oil can lead to diarrhea.

Only the highest quality olive oils are healthy

As long as the list of positive effects may be: If you really want to benefit from the healthy properties of olive oil, you have to use the finest products. “First-class olive oil is characterized by the fact that the olives were gently cold-pressed fresh after the harvest and not refined, i.e. heated. In this way, the valuable plant substances and aromas are preserved,” reports Dagmar von Cramm.

“This low temperature makes olive oil from the first pressing so special, because it also preserves sensitive substances. Other oils get hotter even when cold pressed,” notes the ecotrophologist.

Other production conditions: The olive oils must taste and smell impeccable. In addition, the acidity must not be higher than 0.8 percent – otherwise this would have a negative effect on the taste. The addition of chemicals is also taboo. “Along with rapeseed oil and linseed oil, such a natural olive oil is one of the healthiest cooking oils there is,” says Dagmar von Cramm.

However, olive oil is considered the most counterfeited food. The oils can come from different countries and have been mixed with cheaper vegetable oils. It is technically possible to remove sensory errors.

In addition, there are only olive oils with the imprint “extra virgin” on almost all shelves. This information alone is therefore no longer a sign of quality. Therefore, take a closer look at the bottles. Further information on the origin, the olive variety and the harvest year can provide information about the quality. The smell and the taste are of central importance – although of course this cannot be checked in the market.

Many olive oils are contaminated with mineral oil

Fake olive oil isn’t the only problem, though. Many products are also contaminated with mineral oil – and not too little. This is what our current test shows: out of 19 products in the highest quality class “extra virgin”, only one tested bottle was not contaminated.

Most oils fail with “poor” or “inadequate”. You can find out more about this here: Olive oil test: all but one contaminated with mineral oil.

In addition to the quality, the type of preparation also plays an important role. “Cold-pressed olive oil has a maximum smoke point of 190 degrees,” explains Dagmar von Cramm. It can be heated up to this point without burning and without the formation of toxic substances.

However, it is a waste to heat a premium, extra virgin olive oil. “The healthy plant substances can decompose when frying or steaming, so I would be better off using a cheaper product for this purpose,” says Dagmar von Cramm.

Her recommendation is to only enjoy high-quality, expensive olive oil cold or lukewarm, for example in a salad. “But it’s also good for refining dishes. For example, you can simply drizzle it over a freshly baked pizza, as is customary in Italy,” she suggests. Another possibility is to simply add a little olive oil to the steamed vegetables or mashed potatoes instead of butter flakes.

Since olive oil consists mainly of fats, it should only be consumed in moderation. In general, the German Society for Nutrition (DGE) recommends consuming only 10 to 15 grams of oil per day. For orientation: A tablespoon corresponds to around ten grams. 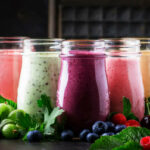 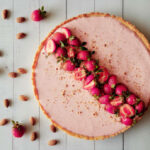