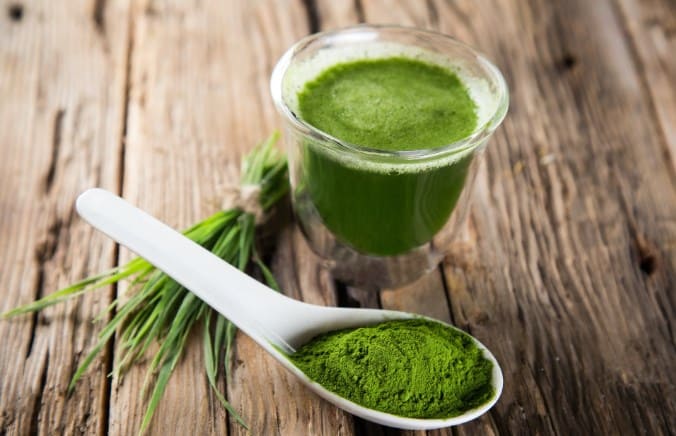 Contents show
1. The superfood – blue-green algae
2. Algae with valuable vital substances
3. Fatty acids – important for the brain
4. Chlorophyll – a guarantee for more energy
5. Algae contain all the essential amino acids
6. Enzymes and vitamins – in the service of health
7. Algae ingestion promotes awareness
8. Why do the AFA algae have such an invigorating effect?
9. Pleasant wakefulness set in
10. The mutual understanding improved
11. After a few months of self-testing, Linda’s summary was:

The blue-green Afa algae from the Klamath Lake support the organism during regeneration and lead to significantly more well-being.

In the USA, a new superfood has been making waves for a number of years: the blue-green ancient algae from Klamath Lake, the AFA algae. They are top of the list there as dietary supplements.

Not without good reason, because they are said to have the richest content of nutrients of all foods known to date: 2-3 times as much vitamin B 12 as beef liver, which was previously considered the main source of the rare, blood-forming vitamin. The algae contain many other vitamins in very high concentrations.

Valuable minerals such as magnesium, calcium, or zinc are contained in the AFA algae in a high form that can be used by humans. There is no second food to offer such a concentrated accumulation of natural vital substances that we can use like the blue-green algae.

Fatty acids – important for the brain

The essential fatty acids cannot be produced by the body itself but must be supplied with food. They are powerful biomolecules, also known as vitamin F, which are responsible for the growth and renewal of the skin, blood vessels, and nerve tissue. If there is a lack of essential fatty acids, the thymus gland produces fewer defense cells.

It becomes more difficult for us to breathe, and our cell membranes lose their suppleness. Other deficiency symptoms can be hyperactivity, acne, dry skin, hair loss, diarrhea, and slower wound healing. The more essential fatty acids are available to the organism, the better our motor, the heart, works. In addition, the cholesterol content – cholesterol – in the blood should decrease. The cholesterol is flushed from the artery walls.

Chlorophyll – a guarantee for more energy

With the chlorophyll content of Afa algae, which is 3% higher than that of all other green plants, we undoubtedly absorb more energy. For example, it has been proven that 25 mg of chlorophyll per day can eliminate severe menstrual cramps. In addition, the rare magnesium contained in the algae is said to play an important role in many metabolic processes.

Afa algae can produce all twenty essential amino acids themselves. The human organism can only synthesize 10-12 amino acids itself, it has to absorb the remaining “essential” amino acids through food. We, therefore, need above all food with proteins that contain all eight essential fatty acids: fish, meat, or AFA algae. However, the amino acids in Afa algae are more simply structured than in humans and animals. In contrast to animal amino acids, they can easily slip through the intestinal walls and are accordingly quickly absorbed by the organism.

Enzymes and vitamins – in the service of health

The actual workers in the body are the enzymes and specialized protein molecules. The process, digests, break connections and build new ones, push back and forth, rearrange, and transform. Enzymes keep the chemical processes in the body, its entire metabolism, going. AFA algae have thousands of particularly powerful enzymes. When we eat AFA algae, we benefit from the power of these enzymes.

Most enzymes need the support of co-enzymes in their work. Some of these helpers are known to all of us under the name “vitamin”. All vitamins are essential for us to live. This means that our body cannot only produce them, but it also cannot do without them either. He must absorb the vitamins from food. Not so the plants and the AFA algae. They already have them and can give us some of them.

So far, we have learned about algae mainly in connection with chemical processes and physical and mental (psychosomatic) symptoms. There was hardly any mention of higher vibrations. However, there are researchers who see a connection between the AFA algae and subtle, psychic levels. Dr. For example, Gabriel Cousens believes that AFA algae provide tremendous “Prana” for the mind and nervous system, and for the whole body. He highlights the action of AFA algae and the hypothalamus and pituitary gland, claiming these are connected to “the higher, subtle, spiritual centers.” Therefore, taking the seaweed promotes meditation and awareness.

Why do the AFA algae have such an invigorating effect?

The TV screenwriter Linda Grover carried out a self-experiment with the AFA algae in the USA. During the first self-experiment, nothing happened for several days. Linda felt sleepy in the afternoon. However, this tiredness was a kind of detox phenomenon. In smokers, the first time while taking Afa-Algae is accompanied by coughing fits. Other users, on the other hand, get tired, like Linda.

In fact, the urge to take a nap soon disappeared, and Linda returned to a pleasant, if not effervescent, alertness. Suddenly food didn’t have such a strong impact on her life. She concluded that obesity comes from a lack of nutritious food. Frustrated because even the normal vegetables no longer have any nutritional value, valuable minerals and vitamins, the instinct signals: eat more, dissatisfied, unsaturated!

Linda also noticed an improvement in the partnership. The understanding with her boyfriend, her children, and finally the community got better and better, the blinders opened and widened, and a feeling of “organic” connection awoke in her. Her children’s reading difficulties or chronic fatigue disappeared over time.

After a few months of self-testing, Linda’s summary was:

My life was richer, and my behavior less cramped. Looking around the house, I realized things were going better. I didn’t lose that many things anymore. The drawers were in order. She worked more than before, but at the same time, she had more free time. She started the day at 6 am and 12 hours later still had enough energy for great hours until bedtime – and beyond. She was happy, not rushed, and very productive. She approached life from a new angle, she found access to the better parts of herself, in a down-to-earth sense. 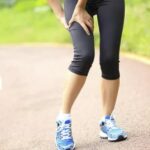 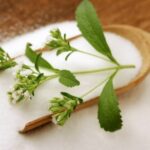