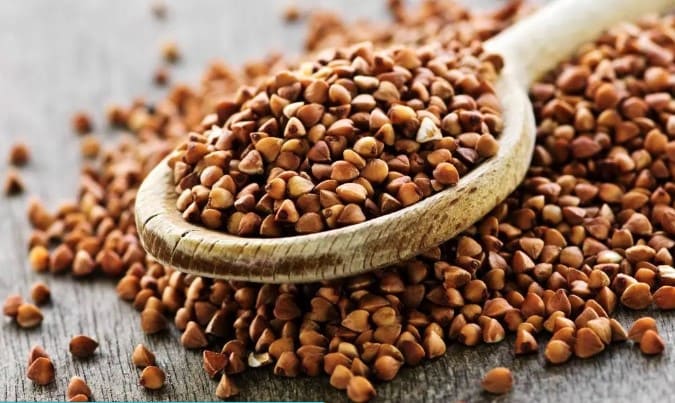 Buckwheat helps with diabetes, varicose veins, and high blood pressure. Sprouted buckwheat is also a convenient superfood for quick and healthy cooking. Buckwheat sprouts are rich in living enzymes, vital substances, valuable minerals, and easily digestible proteins. Sprinkle the tasty sprouts in salads and soups or serve them with muesli, vegetable dishes, or even on their own as a basic snack between meals.

Buckwheat is not a grain and is therefore gluten-free

Buckwheat is an extraordinary food. It tastes like a grain, but it isn’t. Buckwheat has little in common with wheat or other grains. Unlike the usual types of grain, buckwheat does not belong to the group of sweet grasses. Buckwheat is a knotweed plant, like sorrel. Consequently, buckwheat is also free of gluten and wheat lectins.

Lectins are proteins that – in the case of wheat – are also called wheat agglutinins. They can get into the bloodstream, attach to red blood cells, and thereby thicken the blood.

This in turn can increase the risk of circulatory disorders, thrombosis, strokes, and heart attacks. Wheat lectins can also have a negative effect on the intestines by promoting the development of chronic inflammatory processes, irritating the intestinal flora, and increasing the permeability of the intestinal mucosa.

The latter is discussed as a contributory cause of autoimmune diseases and should be avoided in any case.

Buckwheat can therefore be an excellent addition to the menu if the consumption of grain is to be reduced – with the aim of improving personal health and minimizing the risk of illness.

However, buckwheat is not only free of harmful substances but is also significantly richer in high-quality nutrients and vital substances than our usual types of grain. Although buckwheat contains a slightly lower percentage of protein than wheat, for example, buckwheat provides all eight essential amino acids in a more favorable amino acid profile than grain, so it can serve much better than grain to cover the protein requirement.

In a study of rats, a diet high in buckwheat reduced blood sugar levels by up to 19 percent. Director of Studies Dr. Carla G. Taylor of the Department of Human Nutritional Sciences at the University of Manitoba/Canada concluded that a diet regularly containing buckwheat is a safe, easy and inexpensive way to lower blood sugar levels and reduce the risk of complications from diabetes such as diabetes. B. to minimize heart, nerve, and kidney problems.

Buckwheat also contains rutin, a substance with many miraculous effects. A study with the extract from sprouted buckwheat showed that it significantly reduced oxidative damage in the blood vessel walls and, as a result, existing high blood pressure decreased.

Buckwheat against varicose veins and hemorrhoids

The same rutin is also the reason why buckwheat is a superfood for people suffering from varicose veins or hardened arteries. It is well known that rutin strengthens the blood vessel walls and thus also the capillary walls – varicose veins and hemorrhoids are prevented.

Conversely, when the blood vessels weaken, blood and fluid accumulate and leak into adjacent tissues, eventually leading to varicose veins or hemorrhoids.

Buckwheat also provides fiber on the one hand and large amounts of lecithin on the other. Both help regulate cholesterol levels. Lecithin inhibits the mechanism responsible for the absorption of cholesterol through the intestinal mucosa.

In this way, the cholesterol is simply excreted again and does not further burden a high cholesterol level.

Lecithin is also an important nutrient for liver cells. If there is a lack of lecithin in the diet, the liver cells no longer work at full capacity and can no longer properly perform their main task of detoxifying the body. Thus, buckwheat also helps the liver to remain healthy and efficient.

Since our brain consists of 20 to 25 percent phospholipids, which are also contained in lecithin, buckwheat – especially sprouted buckwheat – can increase brain activity. It is believed that regular consumption of foods containing lecithin may help prevent anxiety, depression, and mental exhaustion and improve mental abilities.

Usually, buckwheat is heated in some way before consumption, e.g. B. cooked as a side dish, fried as an ingredient in patties, baked as part of bread, etc. However, buckwheat is one of those grains that germinate particularly quickly and easily.

The germination process is to the seed what the prince was to Sleeping Beauty. He wakes up the “sleeping” seed. A seed can remain unchanged in the pantry for months or years. If it is then wetted with water, a seedling develops from it within a very short time and soon afterward a plant.

It contains all vitamins of the B complex (except B12), magnesium, manganese, and selenium as well as many other health-promoting components.

Sprouted buckwheat is significantly less starchy than non-germinated buckwheat, which makes it a wonderfully alkaline food that now adds another delicious ingredient to high-quality alkaline cuisine.

Buckwheat sprouts in the kitchen

Buckwheat sprouts can be used in even more ways than dry, non-germinated grain. They can still be mixed into bread, patties, and other cooked foods. However, they can also be eaten raw, e.g. B. in salads, bowls, and mueslis.

There are also dried buckwheat sprouts, which go very well in salads, muesli, and desserts, or they can simply be nibbled on.

How to sprout buckwheat

Put a two-thirds cup of buckwheat in a bowl and add two to three times the amount of water (room temperature!). Stir the mixture well so that no buckwheat grains remain on the surface of the water. Let the buckwheat soak for about an hour. While you must give the granules adequate time to soak, over-soaking for too long can prevent the germination process.

Pour off the water with a fine colander and leave the buckwheat to stand for a while. Then rinse it off with cold water two to three times a day for two days. After a while you will notice a sticky substance on the buckwheat – this is starch. You have to rinse off this starch thoroughly!

At first, you will be able to see a small brown dot on the buckwheat grains. A small sprout will soon germinate from it. Depending on the ambient temperature, this can be the case after 24 hours. From a length of 0.5 cm, the seedlings are ideal for consumption, which can be after 2 days. When the sprouts are 1 cm long, you should use them. The seedlings should not be longer.

Mash the banana in a bowl, add the remaining ingredients, mix everything together well and serve the chocolate banana cup for breakfast, as a dessert, or as a snack. 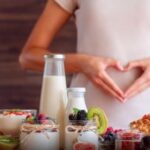 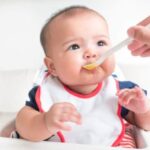