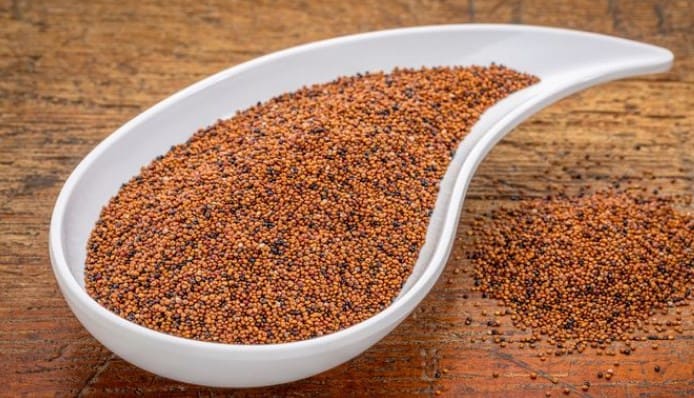 Canihua is a relative of quinoa and is therefore also one of the gluten-free and very nutrient-rich pseudocereals. Like quinoa and amaranth, canihua comes from the South American Andean countries. Studies have shown that canihua helps with iron deficiency and can correct protein deficiencies. Canihua is not only extremely healthy, but also particularly tasty with its nutty taste – whether in the form of pops, as a side dish, or as an ingredient in bread, cakes, puddings, and drinks.

Note: Canihua was classified as a novel food by the EU a few years ago. It is therefore currently not commercially available and now requires approval as a foodstuff, which has not yet been granted by the EU.

Canihua – A relative of quinoa

The Canihua (Chenopodium pallidicaule) – also known as Kaniwa or Qaniwa – is one of the foxtail plants, like its big sister Quinoa. But while quinoa has long since achieved world fame, canihua is still largely unknown in Europe. This is also indicated by the fact that canihua is still a blank page in the dictionary, while quinoa already has its place there.

As is often the case among relatives, canihua and quinoa share many similarities. They are both referred to as “pseudo-grains” because – unlike all “real” types of grain (e.g. wheat) – they do not belong to the grass family, but you can still use them to make grain-like flours and side dishes. In contrast to most real cereals, the pseudo-cereals and thus also the Canihua are gluten-free.

Canihua seeds are spherical, brown to black in color, and taste a little like nuts and chocolate. Because they are much smaller than quinoa seeds, canihua is often referred to as baby quinoa. With all the similarities, however, it must not be forgotten that these are two different plants that both know how to convince in their own way.

Canihua has been cultivated in the Andes – more precisely on the Peruvian and Bolivian Altiplano (high plateau) – for around 5,000 years and was already described as royal food by the Incas and Aztecs. With the Incas, canihua was indeed reserved exclusively for the ruler and his followers, while “mere mortals” were not allowed to feast on it.

This high esteem is sometimes due to the fact that Canihua is able to survive even in the harshest environments. In this way, the undemanding plant can thrive at altitudes of 4,500 m, where not even quinoa – let alone corn – can be grown. The herbaceous plants defy wind and weather, and neither heat nor sub-zero temperatures can harm them.

As a result, canihua has proven to be the undisputed staple food of the indigenous hill tribes to this day. The seeds are ground into flour, which is primarily used to prepare hot and cold drinks and porridge. The mineral-rich leaves are also eaten as vegetables and salads.

The siblings from the Andes remained unknown in Europe until the 20th century, which can be traced back to the bloodthirsty Spanish conquistadors Pizarro and Cortés. In the course of the conquests and wars against the Incas and Aztecs in the 16th century, the cultivation of the foods classified as “unchristian” – canihua and quinoa – was forbidden and even punishable by death in order to weaken, break and seize the gold of the indigenous peoples. Today, however, people are more interested in the food from the barren Altiplano region, because the nutrient content of canhiua and co is amazing.

Why is Canihua so healthy?

Unlike quinoa, canihua does not contain any bitter-tasting saponins and therefore does not have to be laboriously washed before preparation.

Traditionally, canihua is roasted, ground, and stirred into drinks or consumed as porridge. Accustomed to a frugal life, the hill tribes in the Andes enjoy nutritious seeds with no frills. Nevertheless, these can of course also be included in a creative and varied kitchen. You can both cook and use Canihua for baking or making pops out of it.

The following basic canihua preparation recipe will show you what to look for when cooking the canihua seeds.

Tip: If you briefly roast the canihua seeds in a dry pot before cooking, the nutty aroma comes out even better.

The cooked canihua seeds can be served wonderfully as a side dish (like rice), but they also offer a tasty variety in colorful salads, hearty soups, or spicy stir-fried vegetables.

Popcorn was yesterday – today there are canihua pops. Just as you can make popcorn from corn, it is possible to make pops from canihua as the seeds burst open when pressure and heat are applied.

Canihua flour is called Canihuaco in South America. You can buy the flour or roast the canihua yourself and then grind it in the grain mill. The Canihuaco is wonderfully suited to mix delicious cocoa-like drinks or to conjure up a special kind of pudding. You can also use the fine light brown flour to make waffles and pancake batters and to bake bread, muffins, or cakes.

Tip: In order for your baked goods to rise, you must mix the canihua flour with gluten-containing flour or use tricks and tricks that are used in gluten-free baking recipes, such as. B. mixing in special binders such as flea seed pudding or similar.

What’s better than freshly baked bread? The following recipe can be easily implemented even by inexperienced bakers.

Tip: If you put a bowl of water in the oven, the rind will be crispier.

Canihua is not only a culinary delicacy, it is also considered an ancient remedy. In the Altiplano region, the seeds are still used today to treat altitude sickness and bacterial intestinal infections. In addition, the ash from the stalks is used to prevent insect bites.

In industrialized countries, gluten-free pseudo-cereals such as canihua or amaranth are viewed as particularly interesting because today’s highly cultivated wheat is causing health problems in more and more people. Gluten sensitivity in particular affects many people. In addition to being gluten-free, Canihua also shines with interesting nutrient content, such as high iron levels.

While canihua is already touted as a superfood in the US, the small seeds are now considered poor man’s food in their homeland, disparagingly referred to as “Indio food”. And so there is a danger that Canihua could share the fate of many other indigenous plants that are already e.g. B. have been replaced or displaced by rice or wheat.

The Swiss Waltraud Novak, who studied nutritional sciences at the University of Vienna with a focus on nutritional ecology, carried out a study on Canihua in Peru as part of her diploma thesis. She also pursued the goal of helping Canihua gain a new reputation among the Andean population.

The nutritionist observed that in the Peruvian Andes, many women living in poor conditions suffer from iron deficiency – a full 35 percent of non-pregnant women of reproductive age are affected. And so it was investigated to what extent Canihua affects the hemoglobin level and thus the iron status. It is important to know that, in principle, 80 percent of all anemias (anemia) can be traced back to iron deficiency. The study involved 25 non-pregnant and non-breastfeeding women with mild anemia from the Andean city of Puno in the Peruvian highlands. They received 50g of Canihua daily for 7 weeks, which provided 6mg of iron. A drink with 100 mg of vitamin C was also given to increase iron absorption.

After the examination period, the iron levels in all women were in the healthy range. The researcher came to the conclusion that canihua is a really good source of iron. Girls and women in particular often suffer from iron deficiency and anemia because their bodies lose a lot of iron during menstruation. For them, Canihua is a good way to counteract the shortage.

The study also revealed another positive effect: the subjects learned a lot about the health benefits of Canihua and were able to pass on their knowledge to others around them. Further research has shown that Canihua also has a lot to offer when it comes to diabetes.

A Brazilian research team from the Universidade de São Paulo has tested 10 Peruvian Andean grains, specifically 5 cereals, 3 pseudocereals (including canihua and quinoa), and 2 legumes for their hypoglycemic and hypotensive effects in relation to type 2 diabetes.

The scientists found that canihua and quinoa are particularly rich in quercetin derivatives and have the highest antioxidant activity. Quercetin belongs to the group of flavonoids and, like vitamins A, C, and E, acts as a radical scavenger – which has proven to be extremely positive in almost all chronic diseases from diabetes to high blood pressure.

There is a lot of protein in Canihua

As you already know, 100g of canihua contains around 16g of protein – more than most other grains. In comparison, type 550 wheat flour contains less than 10 g of protein. In addition, Canihua can also compete with animal products, which are often touted as the best protein suppliers. Anyone who eats neither meat nor fish can do a lot with the help of Canihua to ensure that their protein requirements can be easily met. The combination with legumes such as beans, lentils, chickpeas, or green peas is ideal for this.

Although canihua is rarely found in Europe, it can already be bought in some organic shops and on the Internet. Products made from Canihua such as flour, bread, bars, cakes, cookies, and pops are also offered.

In Germany, there are only two suppliers that have Canihua in their range: Schnitzer and Davert. It is very welcome that both companies attach great importance to quality and sustainability.

For example, Schnitzer purchases organic canihua from cooperatives formed by smallholder structures in Peru. For several 100 families, the export of Andean seeds represents an essential contribution to securing their income. It should be said that the strengthening of the smallholder cooperatives in general contributes to improving the living conditions of the mountain people. Although Schnitzer’s Canihua products do not bear a fair trade seal, fairness and sustainability are taken into account when purchasing. Just like Schnitzer, Davert attaches great importance to high-quality organic raw materials. Long-term and fair trade relationships are maintained with the cultivation partners in the Peruvian-Bolivian Altiplano region.

Before we end the interesting journey around the royal seeds from the Andes, we would like to recommend a particularly delicious and healthy Canihua recipe that will not only make children’s eyes light up.

Canihua seeds taste a bit like chocolate. They can therefore be wonderfully combined with it and processed into sweet dishes.

Canihua is therefore a very varied food that is suitable for both sweet and savory dishes, for side dishes as well as for bread and even for drinks. Enjoy the special and very healthy canihua! Enjoy your meal! 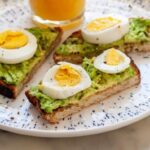 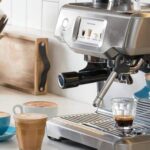