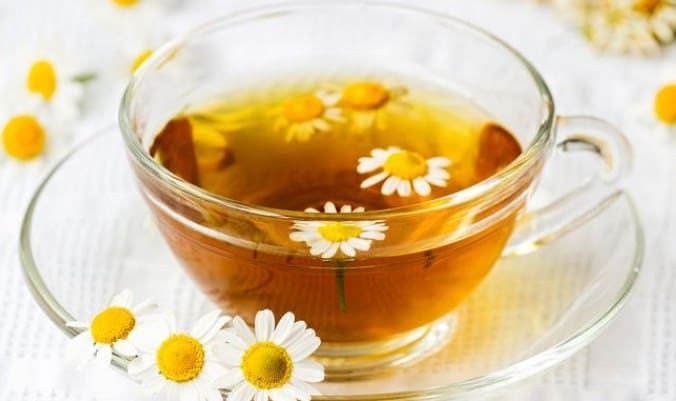 Everyone knows the white-yellow flower: chamomile is a true miracle in terms of healing effects. Especially as a tea variant or tincture.

Chamomile tea – The effects and properties

Chamomile tea is made from the yellow flowers of chamomile, a perennial herb once worshiped in ancient Egypt as the flower of the sun god. The chamomile blossoms are yellow because, in addition to their essential oils, they also contain yellow-colored flavonoids. Flavonoids are phytochemicals with many positive health effects. In addition, camomile blossom consists of about 10 percent mucilage, which protects the mucous membranes of the digestive tract.

The following properties and effects are described for chamomile:

To increase the effect or the amount of active ingredient in chamomile tea, you can add a few drops of chamomile flower tincture to the chamomile tea. Because the tea contains the flavonoids and mucilage of chamomile, but only a small part of the essential oils. These, in turn, are found in large quantities in the tincture, so that the combination of tea and tincture can provide you with all the active ingredients in chamomile. You can find out how to make your own tincture here: Make your own tincture

How to make chamomile tea

For a cup of chamomile tea, simply take 1 tablespoon of chamomile flowers (3 g), brew them with 150 ml of water, let the tea steep for about 3 minutes, strain and sip 1 to 3 cups a day, e.g. B. in the case of the complaints listed below:

Several studies have already shown that chamomile tea is ideal for relieving cramps during menstruation. For example, in 2010, research was published that found drinking chamomile tea significantly reduced menstrual cramps. The participants in this study also reported that they felt less stress and anxiety during their periods.

In this study, only two cups of chamomile tea per day were drunk – for three months according to the following scheme: for a week before menstruation and the first five days of the new menstrual cycle. On the other days of the month, the subjects did not drink any chamomile tea.

Other studies have shown that chamomile tea can lower blood sugar levels in diabetics. Of course, you shouldn’t swap your previous blood-sugar-lowering medication for chamomile tea, but chamomile tea is definitely an additional aid and can perhaps help you reduce your medication dose, especially if you not only drink chamomile tea but also change your diet.

In 2008, for example, a study was published (unfortunately on rats) showing that chamomile tea – if drunk regularly – prevented blood sugar levels from rising excessively. It was concluded at the time that chamomile tea could be used to reduce the risk of type diabetes complications (nerve problems, kidney problems, eye problems).

In January 2016, this effect of chamomile tea was confirmed in a clinical study with 64 human subjects (between 30 and 60 years old), all suffering from type 2 diabetes. You should drink three cups of chamomile tea daily for a period of 8 weeks, one cup immediately after each main meal. A control group, on the other hand, was only supposed to drink water.

In the chamomile tea group, it was then observed that the long-term sugar levels (HbA1c) fell just as significantly as the insulin levels compared to the water group. At the same time, the antioxidant levels in the blood of chamomile tea drinkers increased noticeably.

A progressive loss of bone density, which is associated with an increased risk of fractures, is referred to as osteoporosis. Since women in particular suffer from osteoporosis after menopause, it is assumed that the course of the disease is hormonally induced. According to a 2004 study, chamomile has an anti-estrogenic and bone-density-enhancing effect.

Inflammatory reactions are faithful companions of both acute and chronic diseases. It has also been known for some time that latent inflammatory processes are also involved in diseases such as depression, diabetes, and many others. In chamomile tea, there are substances that can reduce inflammation. For chronic inflammatory diseases, chamomile tea is therefore a fine drink that can be enjoyed again and again as a cure, e.g. B. One cup 3 times a day for 6 weeks, then pause for 4 weeks and drink chamomile tea again for 6 weeks.

Even strategies against cancer should not be missing from the repertoire of chamomile. Studies suggest that chamomile tea could inhibit cancer cells from further development. Since these are not human studies, no details are known about these properties. However, in 2012, a study compared the cancer-fighting abilities of chamomile tea to those of calendula. Both targeted cancer cells. However, the marigold emerged as the winner in this comparison. So it doesn’t hurt to brew a few marigolds with the chamomile blossoms.

Chamomile tea calms help to relax and has a sleep-inducing effect on people who suffer from insomnia. A review article showed that 10 out of 12 patients with cardiovascular problems were able to fall asleep quickly shortly after drinking chamomile tea. Researchers believe chamomile tea would use the same mechanisms of action as benzodiazepines. These are prescription drugs for anxiety and sleep problems.

Chamomile tea or certain substances from it would now – so it is said – bind to the same receptors as benzodiazepines. Of course, chamomile tea does not work with the same intensity, and apparently not for everyone either, but it is always worth testing the effects of chamomile before resorting to medication.

Chamomile in the form of tea or inhalations can help with colds. The essential oils here have an antibacterial, calming, and antispasmodic effect – all effects that are indicated for coughs, colds, and sleep problems during respiratory infections. No wonder the above Studies mentioned in the review article that inhaling chamomile vapor in particular can alleviate the typical cold symptoms.

According to Commission E (a scientific expert committee on herbal medicines), chamomile preparations can be used for bacterial skin diseases including the oral cavity and gums and e.g. B. the above Use a combination of chamomile tea and chamomile tincture as a mouthwash.

A smaller 1987 study showed that a chamomile extract promoted wound healing when applied directly to the wound. Other studies showed that creams with chamomile in eczema and inflammatory skin diseases are not as effective as hydrocortisone creams, but still have a healing effect.

Chamomile tea is not for everyone

As always, there are certain people who should not enjoy chamomile tea or should only do so with caution:

Chamomile is mostly imported from Eastern Europe, but chamomile from German cultivation areas is said to have a higher content of essential oils. You shouldn’t buy chamomile tea in the supermarket, especially not in a filter bag, as it has been crushed too much and has lost some of its effectiveness as a result. It is also not possible to guarantee that these teas actually contain the amounts of active ingredients required for a healing effect.

Pharmacopeia quality (guaranteed amounts of active ingredients) is only available in chamomile tea from the pharmacy. The teas available there should also be checked for harmful substances, but may not bear an organic seal because this is only reserved for food – and medicinal teas are not considered food. Chamomile tea in health food stores can now carry the organic seal, but its active ingredient content has not been checked. 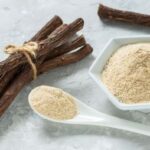