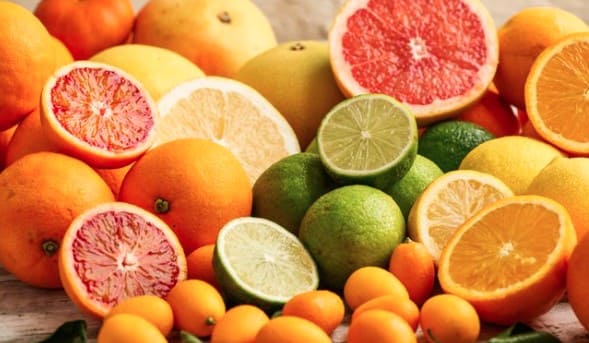 Proper storage can keep citrus fruit for a long time and prevent mold or premature drying.

What are the advantages of storing citrus fruits correctly?

The genus Citrus includes numerous species and varieties. The most important citrus fruits include oranges, tangerines, grapefruits, and lemons. Grapefruit, limes, or even clementines are added to this. They are all closely related and, according to a Spanish study, have a common ancestor: the Chinese box orange.

So it is not surprising that the different citrus fruits have similar properties and effects and that they can of course also be stored in a very similar way.

The right storage has convincing advantages: Not only can you store more fruit and therefore have to refill it less often, but with correct storage, you can also preserve the aroma, the taste experience, and the high content of vital substances. Additionally, fewer fruits end up in the bin, which helps reduce food waste.

Why do citrus fruits often go moldy so quickly?

Unfortunately, citrus trees and their fruits are very popular with insects, viruses, and fungi, a problem that is exacerbated by the usual citrus monocultures. In conventional citrus fruit cultivation, the use of chemicals (pesticides, herbicides, and fungicides) is therefore commonplace. Toxic substances are not only used in the plantations but also after the harvest, namely to increase the shelf life.

Citrus fruits have thick skin that protects the flesh from external influences. However, since they are washed after the harvest, e.g. B. dirt, spray residue, soot (a type of fungus that forms sooty deposits), or scale insects, the natural wax layer on the shell is severely attacked. As a result, the fruits are in danger of drying out quickly and are defenseless against fungi.

It is mainly blue and green mold that quickly spoils citrus fruits. Even the slightest damage to the skin is enough for the fruit to become infected during packaging, during transport and storage, and at the point of sale. The mold also spreads quickly from fruit to fruit.

How are citrus fruits treated?

As a result, conventionally grown oranges, lemons, and most other citrus fruits are often treated with chemicals after harvest, otherwise, they could not be stored for long. The natural wax layer is replaced by synthetic coating agents such as e.g. B. replaced polyethylene wax. The skin treated with it is not suitable for consumption.

There are also toxic preservatives and fungicides such as B. thiabendazole or imazalil, which have already been classified as “probably carcinogenic” by the American Environmental Protection Agency EPA on the basis of various studies. Drugs similar to biphenyl have already had their approval withdrawn in the EU due to their dubious nature.

It is not without reason that the Bavarian Consumer Service recommends washing your hands thoroughly after touching or peeling conventionally grown citrus fruits.

In addition, the toxins have a negative effect on the taste experience, as this is strongly influenced by the aroma, i.e. the wonderfully fragrant essential oils in the peel. If instead, a stench reminiscent of moth powder or tar hits your nose when peeling citrus fruits, you can no longer speak of enjoyment.

The massive use of synthetic fungicides cannot be justified because there are enough alternatives. A Spanish study has shown that the use of imazalil could at least be reduced if the essential oils of cloves were also used.

In order to extend the shelf life, coating agents can also be used with organic fruits, but only natural waxes that are considered harmless to health. These include, for example, beeswax or carnauba wax, which is obtained from the carnauba palm. You can basically recognize citrus fruits that have been treated with coating agents by their shiny skin.

When buying, keep in mind that euphemistic terms such as “untreated” or “untreated after harvest” are only used for advertising and do not say anything about whether the skin is free of harmful substances. Because even if the fruits remain untreated after harvesting, they can of course still show chemical residues from the usual spraying during ripening on the tree.

Which storage temperatures are optimal for citrus fruits?

The storage temperature plays an essential role in the optimal storage of citrus fruits. While most citrus fruits are sensitive to cold, the ideal temperature can vary considerably depending on the species and variety.

Lemons, grapefruits, and limes are more likely to suffer cold storage damage than oranges and tangerines. While oranges can just about endure 5°C, temperature-sensitive species such as lemons should never be stored below 10°C. A rule says that green citrus fruits, high acidity, and late-ripening varieties require higher storage temperatures.

The optimal storage temperature is:

How does cold damage manifest itself in citrus fruits?

Perhaps you too have bought citrus fruits that had brown spots on the skin, looked dull, had a glassy and soft flesh, tasted bitter, or smelled unpleasant? All of these “symptoms” indicate cold damage. It often happens that the citrus fruit was absolutely convincing when you bought it, but was then no longer edible for a short time.

This is because when the fruit is moved from the cold store to a warm environment, such as a store or your home, the fruit undergoes a kind of temperature shock, leading to rapid spoilage.

At what temperature do you store citrus fruits?

For you as a consumer, this means that you should keep your citrus fruits cool, but never in the fridge. Because the cold has a very negative effect on the aroma and taste of citrus fruits. In addition, citrus fruits should be stored open, airy, and as dark as possible.

Since the room temperature is usually around 20 °C, a particularly cool, unheated room, the conservatory, the basement or the hallway would be ideal storage locations. In any case, a room temperature of 18 °C should not be exceeded. At temperatures above 25 °C, durability is greatly reduced.

How do you store sliced ​​citrus?

Now the question is what to do with citrus fruits that have been cut open, such as lemon or orange halves. It is best to keep them cut side down on a plate at room temperature. If the cut surface can dry beforehand, it is better protected against mold growth.

Nevertheless, it is better not to keep a sliced ​​citrus fruit for so long and ideally use it up the next day.

What is the best container to store citrus fruits in?

In nature, citrus fruits grow at dizzy heights. They only touch each other occasionally, because physical contact is not their thing. You should also take this into account when storing. Because if you pile the fruit on top of each other, one fruit affected by mold can quickly infect all the others.

It is best to place citrus fruits individually and carefully in a bowl that is not too deep and wide, or in a fruit basket. A large sieve or a bowl with holes is also useful, as it ensures good ventilation and can prevent mold growth. Remember that any dent or damage shortens the shelf life.

Why shouldn’t citrus be stored alongside other foods?

In addition, citrus fruits should be stored separately from other fruits and vegetables and food in general. On the one hand, citrus fruits easily absorb foreign odors such as the smell of onions, which have a negative effect on the taste, and on the other hand, the citrus smell is also transferred to other foods.

Since citrus fruits are an ethylene-emitting fruit, you should not eat them next to fruits and vegetables such as B. store aubergines, pumpkins, cauliflower, or peppers. Ethylene is a so-called ripening gas that is emitted by many fruits and causes vegetables to wilt and age quickly.

How long can citrus fruits be stored?

How long citrus fruits can be stored depends on various factors. These include the type, variety, and type of storage. Hard-skinned citrus fruits tend to last longer than soft-skinned ones, so use the latter first. In general, the storage period is as follows:

Of course, as a consumer, you cannot know when the citrus fruits were harvested, how long they have been on the road, and how much time they have already spent in cold storage when you buy them. It is therefore essential to take a closer look when shopping and to do a smell test. According to studies, the aroma of citrus fruits suffers continuously as a result of treatment with waxes and with increasing storage time.

Nevertheless, you can positively influence the shelf life by creating good storage conditions at home and regularly examining the citrus fruits for mold growth. Sort out infested fruits immediately and dispose of them.

Since organic citrus fruits are free of fungicides and preservatives, they usually keep for less time than treated fruits, i.e. a maximum of one to two weeks on average. Keep this in mind when shopping and use up your organic citrus as soon as possible.

However, it can also be the case that organic fruits still have their natural protection and their skin is getting harder and harder (often the case with thin-skinned oranges), which leads to very good shelf life. Here you should simply watch your fruit as it changes, which will give you clues as to its shelf life.

Can you freeze citrus fruits?

You can then put whole citrus fruits directly into a freezer bag, preferably with a zip seal, press the air out of the bag, and freeze. To thaw the whole fruit, simply immerse it in cold water for ten minutes. However, keep in mind that whole, thawed citrus fruits are often quite mushy and difficult to slice.

With lemon slices, it makes sense to separate them before freezing, e.g. B. on a plate, and freeze them individually for the time being. After about three hours, you can take them out of the freezer, put them in a freezer bag, refreeze them straight away, and then use them as needed.

Ice cube trays are ideal for freezing lemon juice and later using it in portions. 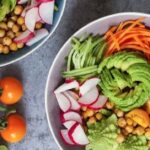