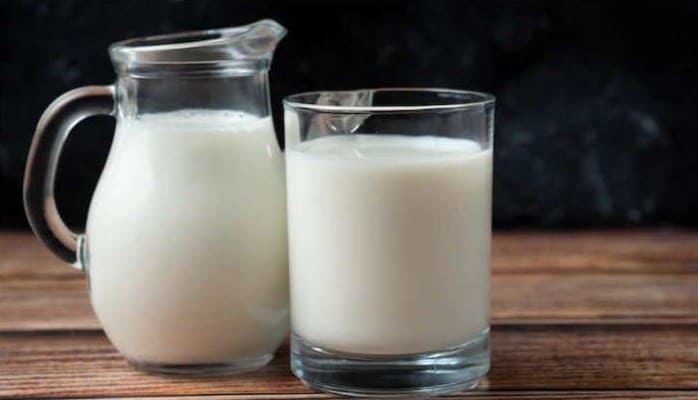 Contents show
1. Cow’s milk is healthy – but only in advertising
2. Cow’s milk – mass production leads to mass consumption
3. Cow’s milk is often unnoticed
4. What do you know about cow’s milk?
5. Cow’s milk unsuitable for babies
6. Cows don’t drink milk
7. Cow’s milk does NOT protect against osteoporosis
8. Hormones in milk

Cow’s milk is not a necessary food – on the contrary. Cow’s milk is superfluous for adults, especially adult humans. Because cow’s milk is the baby food for calves. Cow’s milk can also worsen the health of many people. Cow’s milk is also not a panacea for the bones, as advertised and also repeatedly conveyed by many nutritionists.

Cow’s milk is healthy – but only in advertising

Milk is not always unhealthy and not for everyone. Breast milk, for example, is extremely healthy for human babies. In many cases, however, cow’s milk is unhealthy for people, whether babies or adults. If you suffer from chronic diseases and at the same time enjoy consuming dairy products, test how your health changes if you.

Milk consumption has increased steadily in recent decades. Not because it turned out that milk would make people healthier, but because cows could be turned into milk machines relatively easily and large quantities of milk could be produced.

Now all you had to do was persuade people to consume as much milk as possible because it was good and healthy for them. That worked. Almost everyone now believes that milk is essential for health, especially for the bones – and the milk masses produced found the desired market.

Many people do not tolerate dairy products, others seem to have become accustomed to dairy products over time. Apparently, dairy products often do not lead to health problems immediately after consumption, but instead, put a permanent and initially imperceptible strain on the organism, and in this way can contribute to the development of most chronic diseases.

However, since cow’s milk is produced in large quantities and milk products are also very filling, milk is praised on all sides and with combined forces as a healthy product with many minerals and valuable protein. People buy, consume – and when the time comes they wonder where their health has gone.

What do you know about cow’s milk?

So cow’s milk often does exactly the opposite of what the mainstream tells us every day.

No, because the answers to all these questions would make almost everyone lose their appetite for cow’s milk.

Cow’s milk is unsuitable as food for human babies because its composition differs significantly from that of a mother’s milk. The combination of fatty acids in the mother’s milk promotes the development of the human brain, while cow’s milk contains everything a cow’s brain needs.

Furthermore, cow’s milk contains those vitamins and mineral amounts that are important for the immense growth of a calf, while these amounts for the healthy development of a human child – depending on the vital substance – can be either too high or too low.

Cow’s milk also provides almost three times the amount of protein and at the same time 50 percent less lactose than human breast milk. For these reasons, babies who cannot be breastfed are given milk substitutes that have been adapted to the composition of breast milk. Infant milk is therefore not original cow’s milk. The cow’s milk must first be modified in such a way that it also provides the child with comprehensive nutrition and can also be tolerated by it.

Cow’s milk contains a relatively large amount of calcium. That should actually seem very strange to all people who drink milk for the purpose of their calcium supply. Dairy cows only receive purely plant-based food. In addition, they do NOT drink cow’s milk in order to provide themselves with sufficient calcium. Consequently, plants must contain sufficient calcium that the cow can use for itself and with which it can enrich its milk. And no, it’s not because the cow has a rumen and we don’t.

There are millions of people on this globe who eat plants and show no signs of calcium deficiency. They manage to supply calcium without any problems – even though they do NOT have the digestive system of cattle.

Cow’s milk does NOT protect against osteoporosis

Cow’s milk is mainly consumed in the industrialized world. Many people from the Orient, Africa, or Asia consume very little dairy products. Milk was only accustomed to us residents of rich industrial countries, but its consumption – in the quality and quantity usual today – does not have to be right and also not healthy.

Osteoporosis, for example, should be prevented by drinking milk. At the same time, people in countries where milk consumption is not common to show lower rates of osteoporosis than in milk-drinking industrialized countries. There are other factors involved in the development of osteoporosis.

However, the fact is that milk does not appear to protect against osteoporosis, nor does not consume milk cause it. There is also the suspicion that milk-protein-rich products such as cheese by no means alleviate osteoporosis, but can actually increase it since a protein-rich diet generally promotes the excretion of vital minerals.

Some studies have now found concrete connections between milk consumption and the tendency to develop certain diseases. Male milk drinkers are said to have a 32 percent higher risk of prostate cancer. Another study showed links between milk consumption and an increased incidence of testicular cancer. Ovarian and breast tumors also developed more frequently the more dairy products were consumed.

The natural (or artificially increased through performance-enhancing measures) hormone content of milk stimulates cell growth in milk consumers in general. This is completely normal, as milk is the natural sole food for an infant and is therefore responsible for ensuring that the infant in question grows as quickly as possible. So it contains growth hormones, e.g. B. the so-called IGF I (insulin-like-growth-factor-1).

Milk drinkers have a significantly higher IGF I level than people who do not consume dairy products. However, since adults are no longer infants and therefore no longer have to grow, the IGF I now seems to stimulate increased growth in those cells that also grow readily and quickly in adults: cancer cells

So anyone who has recognized that adults no longer need baby food, not even that from cows, can finally concentrate on nutrition that fully corresponds to an adult and keeps their organism healthy and efficient – and WITHOUT the disadvantages of industrially produced and processed cow milk. 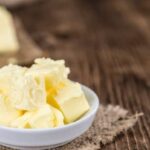 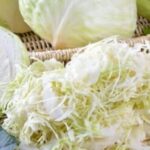