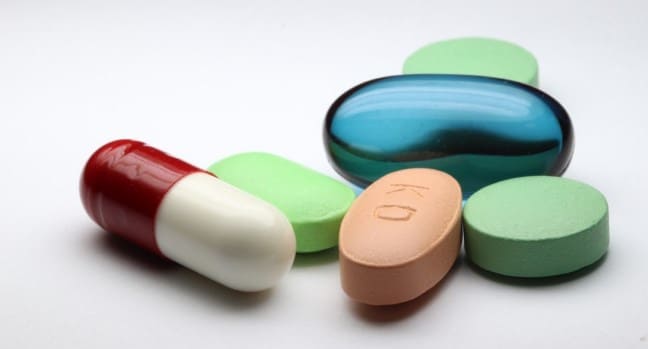 Taking supplements every day may not protect against depression, a study finds. However, the vital substances COULD NOT work at all in this study. We explain why not.

Depression affects more and more people – and more and more sufferers are looking for healthy alternatives to drugs with many side effects. Books, documentaries, and the internet are full of tips and information on how to overcome depression without medication or what to do to avoid getting it in the first place.

Dietary supplements do not protect against depression

In March 2019, the Journal of the American Medical Association (JAMA) published the results of the largest randomized clinical study on “Nutrition and nutritional supplements in the therapy and prevention of depression”.

This investigation – the so-called The MooDFOOD study – is said to have shown that a switch to a healthy lifestyle and diet can protect against depression, but not dietary supplements.

Since depression tends to occur in overweight people, the research team led by Professor Ed Watkins from the University of Exeter recruited 1,025 overweight subjects from four European countries (Germany, the Netherlands, the UK, and Spain). They all had a BMI greater than 25. (BMI stands for Body Mass Index)

These supplements were used in the study

Half of the participants took supplements, the other half received placebo supplements. Half each received psychotherapy and behavioral therapy, which was intended to help in particular with changing their diet.

In this therapy, the subjects learned both strategies to overcome low moods and strategies to reduce the need for frequent snacking. At the same time, they received tips and instructions on how to switch to a Mediterranean diet.

When looking at the individual dosages, it is no longer surprising that this mixture of vital substances could not work better than the placebo preparation. Because it is a partially massive underdosing.

This is how vitamin D is dosed for depression

The administration of 800 IU of vitamin D cannot actually be taken seriously in view of the knowledge available today about the correct vitamin D supplementation.

If you want to dose vitamin D in such a way that the patient can also benefit from it, then the individual status must first be determined. Depending on the current value, the dosage that is required for the individual patient is then selected very individually so that they can achieve a healthy vitamin D level as quickly as possible.

However, 800 IU is generally not even enough to maintain healthy vitamin D levels (e.g. over the winter). An existing deficiency cannot be remedied with this dose.

In our article on the holistic approach to depression, we have already explained that studies in which no effect was found in depression after vitamin D supplementation mostly used vitamin D doses that were too low, the administration was too short (only for a few weeks) or people can be treated with it who previously had no deficiency at all.

For example, in a January 2019 study, patients with multiple sclerosis, who often suffer from depression, were given 10,000 IU of vitamin D daily for a year, which led to improvement in their depression.

And in a 2017 study, depressed women received 7,000 IU of vitamin D per day or 50,000 IU per week for six months. Here, too, their depression and anxiety improved significantly.

This is how calcium is dosed for depression

It is not clear why 100 mg of calcium is given in the MooDFOOD study, as there is no evidence that this could be useful in any way. If there is a calcium deficiency, this – with a daily requirement of 1,000 mg calcium – could of course not be remedied with 100 mg.

However, since today there is usually a calcium excess, which can also promote a magnesium deficiency, and this, in turn, can contribute to depression, calcium administration in the case of depression or to prevent it is rather counterproductive – especially when there is nothing far and wide about a simultaneous magnesium administration you can see.

In the case of depression or to prevent depression, the magnesium supply should always be checked and optimized. However, calcium should only be taken with a proven low-calcium diet.

EPA should be present at more than 60 percent, DHA at most 40 percent. The total dose can increase up to 2,200 mg per day. At the same time, the omega-3-omega-6 ratio of the diet must be respected, as we explain in our article on how to properly meet omega-3 needs.

All these aspects were not considered in the FooDMOOD study.

Does selenium correctly for depression

The previous scientific study results in terms of selenium are extremely inconsistent. Yes, it is even suspected that both too low and too high selenium levels can promote depression, so a dose of selenium – without having checked the selenium level beforehand – could even increase depression.

However, the dose of the MooDFOOD study is also very low for selenium, so overdose symptoms can hardly be expected, but in the case of a deficiency, there are probably no special effects either.

As with vitamin D, the current status of selenium should first be checked and then the amount of selenium that the patient needs should be determined.

It is known that folic acid can have a positive effect on the psyche (8), as it appears to be involved in serotonin synthesis. However, folic acid works best in combination with vitamin B12, which was completely forgotten in the FooDMOOD study.

However, a vitamin B12 deficiency can already contribute to massive mental disorders, so in any case, the personal status should first be determined before one can decide whether the vitamin should be taken or not due to the very good supply in the individual nutritional supplement plan must be taken into account.

Since a study from 2005, it has also been known that in the case of depression, a folic acid dose of 800 µg daily would be useful in addition to 1,000 µg of vitamin B12, i.e. a dose that is twice as high as that from the MooDFOOD study.

Anyone who suffers from depression or wants to prevent it should not be deterred by questionable studies from including high-quality and, above all, individually dosed food supplements in their holistic therapy program.

If you feel overwhelmed by this, please consult a doctor with additional training in orthomolecular medicine, since – as the MooDFOOD study shows – not even professors and scientists seem to be able to identify vital substances in accordance with the current state of science as part of a large-scale study individually dosed and used correctly. 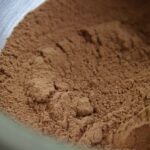 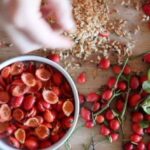