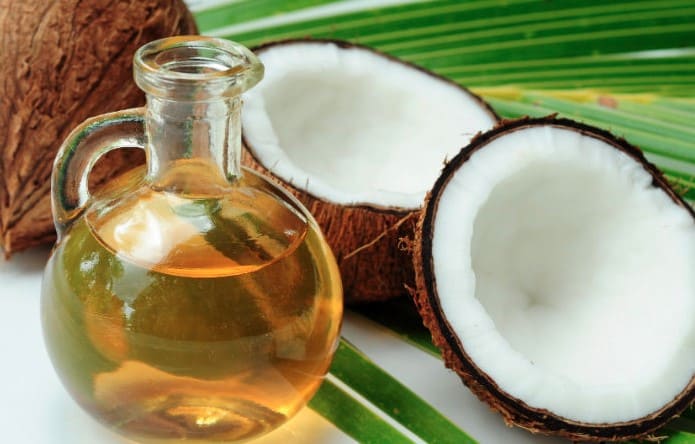 In the appropriate quality, coconut oil is a very high-quality oil with healing properties – both internally and externally. Therefore, coconut oil is often recommended for skin and face care. It soothes the skin, moisturizes, and absorbs very quickly. At the same time, coconut oil has an antibacterial and anti-inflammatory effect and therefore has a healing effect on many skin problems including acne. However, other sources claim that coconut oil clogs pores and should therefore not be used for facial care. We look at who is right.

Coconut oil is an excellent moisturizer and, thanks to its antimicrobial properties, fights bacterial skin infections or skin fungus problems. Coconut oil also makes the skin soft and tender. Since it is also absorbed much faster than many other vegetable oils, it is very easy to use and leaves a pleasant feeling.

Coconut oil is therefore an excellent skin oil for the body. But what about facial care? Can coconut oil also be used for facial skin?

Because if it works so well against bacteria, then it should also have a resounding effect on acne. Finally, bacteria are said to be involved in the development of acne. And indeed: the antimicrobial fatty acids in coconut oil have been proven to prevent acne bacteria from multiplying, which is why coconut oil is so helpful for many acne patients.

Studies had even shown that the fatty acids in coconut oil were 15 times more effective against acne than the usual acne medication with the active ingredient benzoyl peroxide.

But many people are now warned about coconut oil. It should clog the pores and cause pimples and blackheads to develop.

The experiences here are very different so it seems as if it depends on the individual whether the coconut oil in facial care now has a healing effect or aggravates the skin problem.

Some acne sufferers report that their acne has disappeared with coconut oil. Others, on the other hand, say that the coconut oil really made the disease flourish. Why is it that coconut oil works so differently? And how do you know whether coconut oil is good for you personally or rather bad?

Coconut oil is officially considered comedogenic, which means that it is said to be able to promote the development of blackheads and blemishes.

The comedogenicity, however, is always determined in high doses of the corresponding substance using the so-called rabbit ear test, but not in humans. Despite the cruelty of these tests (not only oils but also pungent and corrosive substances are tested), it has been known for many years that the results are not extrapolated to human skin.

So if a substance is called comedogenic, this means that it MAY have a comedogenic effect, but it does not do so in all cases, experience has shown that it only affects people who are particularly susceptible and prone to breakouts.

Coconut oil scores either a two or a four on the comedogenicity scale, depending on the source. The scale goes up to five, which stands for the highest comedogenicity. Coconut oil, therefore, has a low to moderate tendency to promote blackheads (if animal experiments are to be believed) – and only in people with the appropriate disposition.

Now, which people are “predisposed” to potentially promoting blackheads and blemishes from comedogenic substances?

What type of skin does coconut oil clog the pores of?

It depends on the skin type whether coconut oil will clog pores or not. First of all, a natural vegetable oil alone cannot clog pores. They become clogged with skin cells, dead skin cells, sebum, and bacteria. Only now do blackheads or pimples appear.

This can be avoided by using a gentle scrub before applying the coconut oil. It removes those substances that can lead to clogging of the pores.

In addition to the benefits of coconut oil described above, it soothes the skin, relieves tension, and heals redness. It is rich in antioxidants such as B. in ferulic acid – an antioxidant phenolic acid that is even more powerful than vitamin E. It reduces age spots, repairs UV damage, and reduces skin aging.

If you haven’t tolerated coconut oil well in your facial care before, you can try the following tips to still enjoy the benefits of coconut oil – without experiencing any disadvantages. 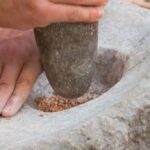 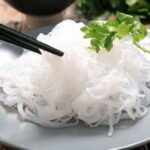