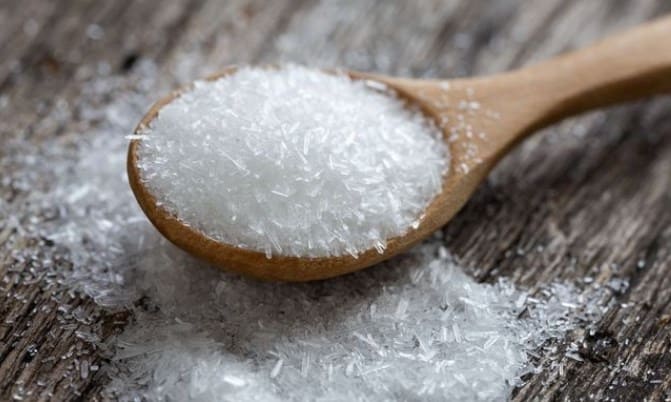 Contents show
1. Glutamate hurts the brain
2. Obesity, diabetes, and heart disease
3. Banning glutamate for babies in the US
4. Danger to the unborn
5. Obesity and diseases
6. Neurotoxin glutamate?
7. Influencing eating habits
8. Glutamate – the cause of obesity
9. Glutamate leads to constant hunger
10. Blind from glutamate?
11. Glaucoma from glutamate?
12. Fat at a young age blind in old age?
13. Parental responsibility is required
14. Genetically modified
15. Take responsibility yourself

For some time now, glutamate has been making headlines as an additive that doesn’t necessarily have beneficial effects on humans. The food expert Hans Ulrich Grimm even calls glutamate the food additive that has the greatest negative impact on people, their lives, and their brains. All this happens without the man even knowing about it.

Glutamate has been tested in animal experiments, the most well-known animal experiment being that carried out by John Olney. Olney is one of the most important neurologists and psychopathologists in the USA. His big discovery was that glutamate caused tiny cavities and injuries in the brain regions of small baby mice.

Olney’s results were summarized by Prof. Beyreuther, who works at the Ruprecht-Karls-University in Heidelberg: Newborn mice and rats were used to carry out Olney’s experiments. They were given injections of glutamate for five days, after which it was found that certain nerve cells in the brain died. The adult animals were overweight, and in old age, they suffered from diabetes and heart disease.

Banning glutamate for babies in the US

However, this law does not apply to food intended for older children and adults. Parents should pay more attention to the composition of their child’s food, especially when babies start feeding on pap and supplementing their food with solid food, i.e. from around the sixth month of life.

Danger to the unborn

Recent animal experiments show that unborn babies are also at great risk from glutamate. Experiments with rats carried out by the pediatrician and researcher Prof. Hermanussen demonstrated that glutamate, when given to pregnant rats, reduced the birth weight of the offspring. In addition, the formation of growth hormones was disturbed. The rats became gluttonous and overweight. They were also quite small. It is also common for people who are overweight to be comparatively small.

Glutamate is therefore so dangerous because it interferes with the body’s system in terms of messenger substances. Not only does it mess up bodily functions, but it also leads to obesity and various diseases. The most dangerous thing about glutamate, however, is that the nerve synapses are literally flooded and the additive destroys the brain cells. It kills the neurons.

Prof. Beyreuther, who, among other things, holds the position of State Councilor for Life and Health Protection, is of the opinion that glutamate is a neurotoxin whose effects are very worrying. Glutamate is considered an important factor in all neurodegenerative diseases because the substance is suspected of promoting all diseases in which the brain dies. These include Parkinson’s, Alzheimer’s, and multiple sclerosis.

Research has shown that humans and animals are tricked into eating more than they should and should by glutamate. Researchers call this the most effective. Researcher France Bellisle, who works at the Center National de la Recherche Scientifique in Paris, was able to observe the incentive to eat more when given glutamate. The people who volunteered for the trials wolfed down their food faster, chewed less, and took fewer breaks between bites.

Glutamate – the cause of obesity

Prof. Hermanussen is of the opinion that the constant administration of glutamate is one reason for the problem of obesity in large parts of the population. The addition of glutamate is still common in industrial foods. Appetite is regulated in the nerve cells of the brain, but these could be damaged by glutamate. This is considered the most important connection.

The American researcher Blaylock, a neurosurgeon, also agrees with this opinion. He raises the question of whether the obesity of a large number of US citizens could be related to the past administration of glutamate as a food additive. He actually sees obesity as a result of taking the food additive glutamate.

According to Prof. Hermanussen, certain proteins and glutamate are the reason why overweight children and adults are constantly hungry and can no longer correctly assess their feeling of satiety. He tried to prove his suspicion by giving healthy but overweight women a drug that was able to stop the damaging effect that glutamate has on the brain.

This drug was originally approved for the treatment of Alzheimer’s disease. The women should not follow any diet during this experiment, they should only listen to their appetite for food. After just a few hours, they noticed that their desire to eat was diminishing and that disruptive bingeing no longer occurred, even at night. After a few days, her weight was already dropping without diet or more exercise being associated.

According to researcher Dr. Ohguro, glutamate is also responsible for damage to the eyes, in fact, it can even be the cause of blindness. The research team around Dr. Ohguro conducted experiments designed to demonstrate the harmful effects of glutamate on rats. For this purpose, they were subjected to a special diet in which glutamate was regularly administered.

It was observed that the eyesight of the animals that received high doses of glutamate for six months decreased significantly. The animals also developed a much thinner retina than the animals in the control group, which continued to receive their usual food.

dr Ohguro thinks he’s found an explanation for glaucoma, which is so prevalent in East Asia. He attributes this to the fact that a high proportion of glutamate is added to most Asian dishes. However, it is still unclear how high the dosage of glutamate must be for the damaging effect on the eyes to occur.

The discussions about glutamate are still primarily concerned with the so-called Chinese restaurant syndrome, which is associated with headaches, stiff neck, nausea, and other symptoms. It is caused by an allergic reaction to glutamate. What is more important for the researchers, however, is the long-term effects of the substance.

Fat at a young age blind in old age?

Being overweight is promoted even in children and adolescents, obesity, also known as adiposity, and glaucoma are consequences of taking glutamate, which fall under the heading of “long-term damage”. In the last ten years, the amount of glutamate added to food has doubled. Glutamate is added in the form of hydrolysates, such as yeast extracts. In addition, the substance is contained in granulated broths and various substances for seasoning.

Parents in particular have the responsibility to protect their children from food additives if the producers of the food do not pay attention to a healthy composition of the same.

Seasoning is made using animal or vegetable protein. This is boiled with hydrochloric acid to destroy the cell structures. This releases the so-called glutamic acid. Sodium hydroxide solution or sodium carbonate is then added to the mixture, which also produces common salt.

This solution is now filtered and designed for flavor enhancement. Liquid seasoning is colored with caramel if the seasoning is not used in canned goods and ready-made dishes. When dried, it forms granulated broth or, when fat is added, the well-known bouillon cubes.

Because the industry is always concerned with improving profitability, the strains of bacteria used to produce glutamate were genetically modified.

The well-known nutritionist Polymer says that as early as 1980 the patent for the use of genetic engineering in the production of glutamate was awarded to the market leader called Ajinomoto. The reason for this was that the need for new microorganisms had increased.

However, since no one knows to what extent genetic engineering has different effects than desired, this uncertainty adds to the harmful effects that glutamate has been shown to have on the body as an additional problem. Everyone is therefore responsible for paying attention to the composition of their food. 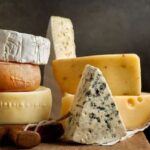