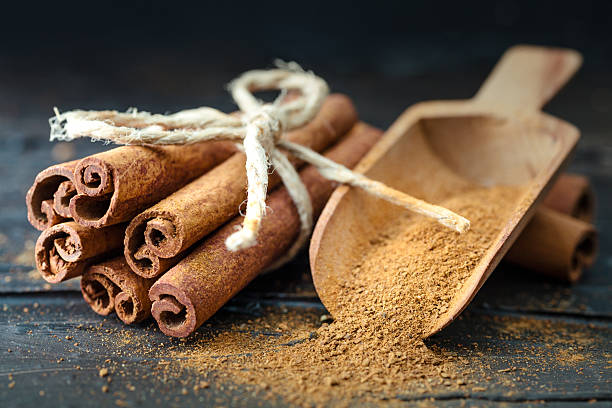 Contents show
1. Application and medicinal properties of cinnamon
2. Active ingredients contained in cinnamon
3. If the ingredient coumarin is toxic, why should cinnamon be healthy?
4. How is cinnamon processed?
5. Conclusion

Is cinnamon healthy or rather harmful? Perhaps you have asked yourself this question before. Because the spice cinnamon is now indispensable in European cuisine. Especially at Christmas, it is used a lot. Cinnamon not only tastes good but is also one of the oldest spices that are said to have healing powers. In ancient times, cinnamon was therefore used for embalming. Many positive health effects are attributed to the spice made from the bark of cinnamon trees.

Application and medicinal properties of cinnamon

The use of cinnamon dates back to ancient times. What is particularly surprising is the versatility. Even then, it was said to have aphrodisiac properties. But above all, cinnamon is said to be healthy and has a whole range of positive properties. Among other things, he is:

There are other reasons why cinnamon is said to be healthy. Various studies have concluded that cinnamon can have a positive effect on cholesterol levels. The same applies to the theory that spice can lower blood sugar and therefore also help diabetics. The number of dietary supplements that promise just that is all the greater. But because the study situation is confusing and possible side effects have not been sufficiently researched, the German Diabetes Society advises against taking cinnamon preparations as a therapy. In general, you should always consult a doctor beforehand on this topic and not take any preparations on your own.

Although it is now well known, many consumers are unaware that there are two types of cinnamon: Ceylon and Cassia cinnamon. Ceylon is considered the real cinnamon, but in many households, the cassia variant, which comes from China, is more likely to be found. Since the spice is usually sold ground, it’s hard to tell the difference. But there are differences in the ingredients. Both varieties contain active ingredients such as essential oils and tanning and mucilage. But in cassia cinnamon, there is often an increased proportion of coumarin.

So far, the question of whether cinnamon is healthy could be answered with “yes”. However, the flavoring substance coumarin can cause liver damage if consumed in excess. According to the Federal Institute for Risk Assessment, “0.1 milligrams of coumarin per kilogram of body weight per day can be ingested through food for a lifetime without posing a health risk.” According to this, an adult can safely access foods spiced with cinnamon up to this limit. However, you should be careful with small children: Here, the maximum value is reached comparatively quickly. The Federal Institute for Risk Assessment, therefore, advises families who use large amounts of cinnamon in the household to use Ceylon cinnamon, which is low in coumarin.

If the ingredient coumarin is toxic, why should cinnamon be healthy?

Because it also contains eugenol. While Ceylon cinnamon contains up to ten percent of the substance, Cassia cinnamon contains almost zero. Eugenol is one of the cell-protecting antioxidants. A study on cell cultures and rats has shown that eugenol has an antioxidant effect. It can therefore reduce oxidative stress and supposedly fight diseases caused by it. It is also used in dentistry as an analgesic and antibacterial agent. And this factor contributes to the fact that cinnamon is healthy or at least has a health-promoting effect.

How is cinnamon processed?

Cinnamon is fermented and rolled up the bark of the cinnamon tree. It is harvested once a year after the rainy season and then dried in the sun. The processing is mainly done by hand. The Ceylon cinnamon tree grows in Sri Lanka, Burma, and Bangladesh. The Cassia cinnamon tree comes from China. Cinnamon is mainly sold ground as a brown powder or whole as a cinnamon stick.

Cinnamon is a popular spice for both sweet and savory dishes, and it is also used medicinally. Its positive properties make it just as popular as its unique taste. When using it, however, you should always keep an eye on the amount – because it depends on whether cinnamon is healthy. The contained coumarin can cause liver problems if the recommended dose is exceeded over a longer period. 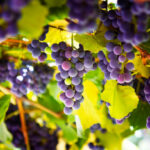 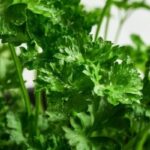