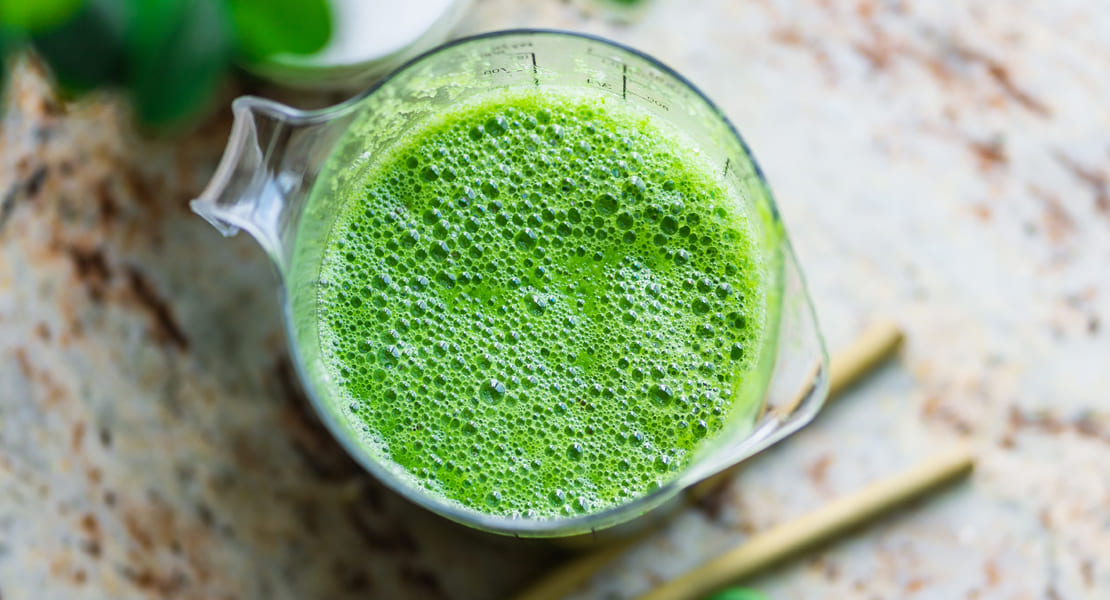 Whether as a tasty breakfast alternative or a quick snack: smoothies are trendy. The mixed drinks are the healthiest when they are made from fresh fruit and vegetables. It’s quick and easy.

The term smoothie is derived from the English word “smooth” (fine, even, creamy) and thus describes the ideal consistency of the drink. Smoothies come in many different variations. Fruit smoothies are made from whole, pureed fruit and liquids such as water or (vegan) milk.

Half of green smoothies consist of vegetables, leafy greens or herbs – anything that tastes good and is good for the body is allowed. There is a large selection of ready-made smoothies on the market. However, they have disadvantages compared to homemade smoothies.

Why should you make your own smoothies?

Ready-made smoothies are often not only relatively expensive, but also contain fewer nutrients than a freshly prepared drink. Finally, they are pasteurized, i.e. heated to high temperatures, so that they can be kept longer. As a result, many healthy substances such as vitamins, fiber and secondary plant substances are lost.

In addition, smoothies often contain a lot of sugar or additives such as preservatives and flavor enhancers. In addition, the term “smoothie” is not legally protected. There are no uniform quality criteria. Theoretically, manufacturers can only mix fruit juices and then offer them as a smoothie.

A good smoothie, on the other hand, should contain a high proportion (at least 50 percent) of “whole” fruit or vegetables in the form of chunky components or purees. This is recommended by the German Society for Nutrition (DGE). So, to ensure that only the highest quality ingredients end up in the smoothie, it’s best to make it yourself. It’s best for beginners to try a simple fruit smoothie.

All you need for this is:

When preparing a fruit smoothie, the first thing to do is to choose a base fruit. This should give the smoothie its typical creamy consistency. Bananas are particularly good for this. But apples, pears, mangoes or peaches are also a good basis.

Add one or two more fruits to the base fruit. You can also use different berries, oranges, pineapple, kiwi or watermelon, for example.

For example, these fruit combinations go well together:

Cut the fruit into small pieces. You should not peel fruits such as apples and pears: their vitamins are located directly under the peel. But: wash fruit well. Put the pieces of fruit in the blender before adding the desired liquid.

You need some liquid to keep the smoothie from becoming too thick. Which one you take depends on your taste. Water is used in many recipes; in principle you can’t go wrong with it.

Cow’s milk, coconut milk, coconut water or (vegan) yoghurt are also suitable for mixing. Those who pay attention to their shape prefer to use plant milk such as soy, oat and almond milk or unsweetened fruit tea.

Fruit juices have a comparatively high number of calories – this increases the sugar content in the drink. If you do not want to give up fruit juice, it is better to squeeze the juice yourself.

Once you have decided on the ingredients, put everything in the blender or smoothie maker. The ratio should be about 70 percent fruit and 30 percent liquid. Start the blender slowly at first, then blend everything on the highest level until the smoothie has the desired consistency. This can take up to 60 seconds.

If the smoothie is too thick, add a little more liquid. By the way: You can also prepare the smoothie with a blender. However, this makes blending a bit more difficult and you may not get all the ingredients really small. Especially when you want to chop up frozen fruit or make a green smoothie, a powerful blender is a better choice.

How to make a green smoothie

Green smoothies are considered particularly healthy. Because they contain not only fruit, but also vegetables. They therefore contain less fructose, but instead numerous nutrients: They are rich in antioxidants, filling fiber, proteins, vitamins and minerals, among other things.

A green smoothie is often made with raw leafy and collard greens, such as spinach, chard, arugula, and lamb’s lettuce, as well as kale, black cabbage, and savoy cabbage. Cucumber or avocado as well as (wild) herbs often end up in the drink, for example parsley, basil, nettle and dandelion. Kitchen leftovers such as carrot greens and kohlrabi leaves can also be processed into a smoothie. Ripe fruit is also added so that the drink does not taste too bitter. Water makes fruit and vegetables drinkable.

For beginners, a mild vegetable such as spinach is suitable. You can mix it with two or three fruits. Start with a mixing ratio of 40 percent vegetables and 60 percent fruit. You should increase the proportion of vegetables over time, ideally to 60 percent.

Make your own smoothie: What else can you put in the smoothie?

Popular ingredients for a smoothie are oatmeal, ground flaxseed or chia seeds. Because these “superfoods” are rich in fiber and proteins. This makes them particularly filling and prevents cravings. Another advantage of flax and chia seeds: They contain omega-3 fatty acids, which are good for our cardiovascular system, among other things.

On the other hand, you should avoid additional sweeteners such as honey, argar syrup or pureed dates if possible. It is better to increase the proportion of ripe fruits such as bananas. However, there is nothing wrong with further refining the aroma of the smoothie. The following ingredients are suitable for this:

When it comes to a smoothie, there are no limits to creativity. But as is so often the case: less is more. Usually, three to five ingredients are enough.

Beginners can try a simple raspberry, apple and banana smoothie with flaxseed – a real vitamin bomb for the end of winter. The drink is a good substitute for breakfast or a snack: thanks to the flaxseed, it keeps you full and able to concentrate for longer.

The recipe for a raspberry-apple-banana smoothie with flaxseed makes two portions of 250 ml each. You should plan at least 10 minutes for the preparation (without waiting).

The ingredients for the berry smoothie:

Put the frozen fruit in a saucepan and let it thaw. Add a little water (approx. 100 ml) and heat carefully, while stirring, for about five minutes – this kills possible pathogens (hepatitis). Allow to cool slightly.

Meanwhile, core the apples and peel the bananas. Cut the fruit into large pieces.
Place the frozen fruit, including the liquid, in a smoothie maker or blender. Add apples and banana. Blend everything for about 30 seconds to create a creamy smoothie. Possibly add some mineral water if the smoothie is too thick. Add flaxseed and stir. Flavor with cinnamon.
If you don’t have a smoothie maker, you can also do it this way: Chop up heated, cooled down frozen fruit and banana with a little liquid using a hand blender. Then finely grate the apple and add it or stir in 2 tablespoons of apple pulp per 250 g portion. Then dilute with a little mineral water until the consistency is right. Stir in the flaxseeds, season with cinnamon.

Make your own smoothies: more tips

If you want to prepare a smoothie, we have the following tips for you:

It is best to use fresh, organic fruit or vegetables that are in season. Deep-frozen products are a good alternative, as they are usually quick-frozen and therefore still contain all the nutrients.
Smoothies contain a lot of calories and are therefore not a thirst quencher, but rather a snack. If you are on a diet, you should prefer green smoothies: they contain less fructose.
Consciously enjoy the smoothie and take your time “chewing” it. So move it around in your mouth before you swallow it. Because chewing slowly and thoroughly makes you feel fuller.
Many vitamins break down quite quickly after crushing and processing. Therefore, it is best to consume the smoothie straight away. If you want to save it for later, it can be stored in the refrigerator for up to three days. 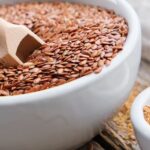