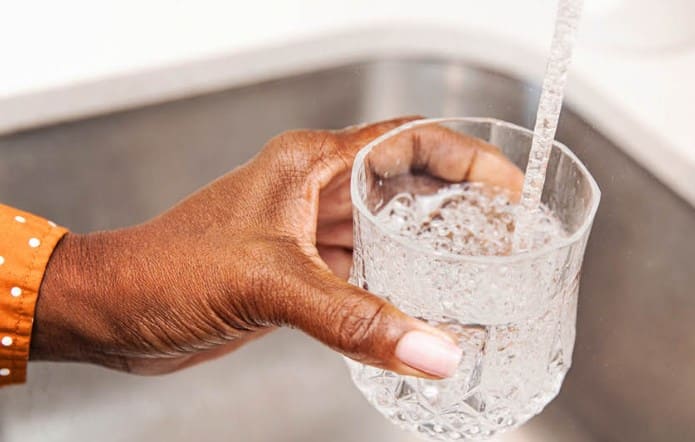 Every day, millions of people use the water from the public supply system for drinking, cooking, or bathing. However, there are now more and more people who no longer drink the water but only use spring water from glass bottles for this purpose. However, the question arises as to whether this measure is sufficient to protect against the many pollutants that are in our tap water.

Traces of chemicals in tap water

Researchers at the University of Texas found that shower water and dishwasher water constantly leach traces of chemicals from tap water into the air. Explanation: When hot water is sprayed through a nozzle, the surface area of the water increases, releasing dissolved chemical substances in a process known as “stripping”.

Unload the dishwasher with care

dr David Ozonoff argues that simply not drinking this water is not enough to avoid these chemicals. People who are sensitive to chemicals should actually wear a gas mask when showering and when unloading the dishwasher. But even then, the chemicals, such as fluoride, enter the body through respiration and through the skin.

In major US cities, such as San Francisco and Albuquerque, the water is already so polluted that it poses a serious health risk to pregnant women, infants, children, the elderly, or those with a weakened immune system. By-products of drinking water chlorination are just as common there as lead and coliform bacteria. Other contaminants, such as Teflon or other nanoparticles, are rarer but pose a great danger to everyone.

In August 2005 it was determined that normal brass pipes and fittings in households released far more lead into drinking water than previously thought. Even in new houses, brass installations such as ball valves or water meters can potentially lead to excessive levels of lead.

Contrary to popular belief, many brass plumbing items sold today are not lead-free but contain up to 8% lead. The addition of lead makes brass and other metals more malleable so that complicated shapes can also be produced. However, this also automatically releases more lead into the drinking water.

The increased lead content can then lead to delayed physical and mental development, attention disorders, and learning difficulties. Drinking water containing lead over a long period of time can lead to high blood pressure and kidney problems in adults. Added to this are the many drugs that poison tap water.

Medicines put a strain on the water treatment

A researcher at Trent University in Ontario, Chris Metcalfe, published that a plethora of drugs is already polluting Canada’s wastewater treatment plants. More and more people are taking medication every day.

This includes heavy medications such as antidepressants, antiepileptics, cancer medications, etc. The residual substances excreted with the urine are then found again in the public water supply system. In addition, the pharmaceutical industry, hospitals, other medical facilities, and households dispose of their unused medicines via the “waterway”. Other drugs often end up in landfills, posing a threat to groundwater as well.

Animal husbandry also means that any amount of medicines gets into the environment since this is where a particularly large number of hormones, antibiotics, and other medicines are used.

Chemicals from conventional personal care products also get into the groundwater. These chemicals are either the actual active ingredients, preservatives, or fragrances.

For example, nitro musk compounds, which are known to be carcinogenic, are used as fragrances in many cosmetics, personal care products, detergents, and toiletries. Some countries are already trying to ban the use of these musk compounds. Sunscreens have also been discovered in dead fish that came from polluted waters.

Added chemicals by the water suppliers

Is it more the toxic chemicals and medicines that leak into the public water supply, or the chemicals that are deliberately added to drinking water by health authorities? The authorities are aware that these chemicals also pose a major health risk. However, this topic is not made public.

While chlorinating drinking water kills most bacteria, it also produces traces of toxic by-products such as chloroform and other chlorine-containing compounds.

In recent years, some communities in the US have started to change their disinfection system. They add ammonia to the chlorinated water, which produces chloramines. This chlorination was used to reduce levels of carcinogenic by-products produced by chlorination.

Washington DC switched to chloramination in 2000. However, this aminated water reacts with the lead in the pipes, which then poisons the water.

Children who drank this water absorbed more than 60 times the EPA’s maximum limit for lead in just one glass of water. The Washington Post reports that many cities across the country are manipulating test results for lead levels in drinking water.

Jim Elder directed the EPA’s drinking water program from 1991-1995. He fears the water utilities have engaged in a widespread scam. He questions whether these utilities should continue to be left with the responsibility of protecting the public. He fears for the safety of all national drinking water.

The medical scientist Dr. Winn Parker complains that the government should inform citizens that drinking water is undrinkable. He calls for public funding for alternative disinfection methods, such as UV radiation or reverse osmosis.

Pesticides and fertilizers in high concentrations

Underground water pipes can be contaminated by bacteria and viruses since the rainwater can no longer be adequately filtered due to constantly disappearing layers of humus. The intensification of agriculture, especially through the intensive use of fertilizers and pesticides, has a huge impact on water quality. Manure, sewage sludge, and weed killers get into the groundwater and contaminate it.

The Dutch National Institute of Public Health and Environmental Protection comes to the conclusion that the groundwater in all European countries is now polluted by a high proportion of pesticides.

Even arsenic has been found in drinking water. The National Academy of Sciences found that even the strict levels introduced under Clinton (10 ppb) and later abandoned by the Bush administration were not strict enough.

For decades, the EPA had set a limit of 50 ppb of arsenic in drinking water. Recent studies have found that these values are too high and that the risk of developing bladder or lung cancer is increased. However, scientists doubt that even this lower value of 10 ppb is safe.

Uranium from the tap

According to a report by the ARD magazine “Report Munich”, tap water is heavily contaminated with uranium in some regions of Germany. The magazine has a study by the consumer organization flood watch, according to which the proportion of toxic heavy metal in 150 out of 8,000 samples was above the Federal Environment Agency’s guideline value of ten micrograms per liter. In some communities it was more than 20 micrograms, it said. 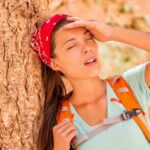 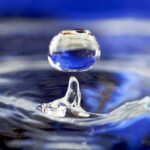