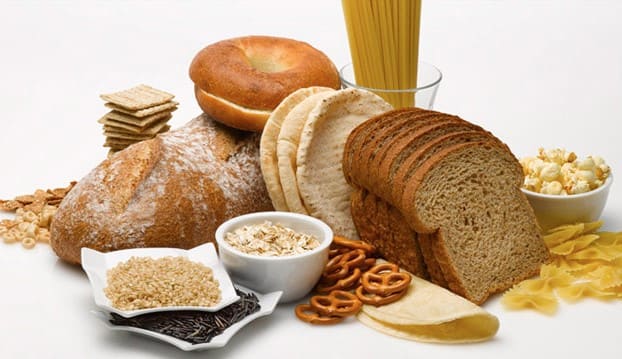 Gluten intolerances are on the rise. More and more people are gluten-sensitive and want to live gluten-free. But that’s easier said than done. Because gluten is no longer just found in wheat bread and cake batter. We introduce you to nine hidden sources of gluten: Dishes that nobody would immediately associate with grains or gluten become a surprising source of gluten.

Gluten is the protein in wheat and many other grains. Sources of gluten are therefore often eaten several times a day – with muesli, rolls, biscuits, cakes, instant soups, and many other foods.

Wheat is considered a particularly questionable source of gluten, as this type of grain has been the focus of human breeding efforts for centuries and wheat gluten has changed unfavorably in the process. The ears were grown larger and the stalks shorter.

Resistance to plant diseases had to be increased and yields increased many times over. The gluten content increased and the gluten structure as well as some enzymes in the new so-called hybrid wheat changed.

How all these changes in the #1 source of gluten would affect human and animal health was of no concern to anyone.

dr medical William Davis devoted his book “Why Wheat Makes You Fat and Sick” almost entirely to gluten-source wheat and its negative effects. In it, he speaks, among other things, of the very significant structural changes that gluten has undergone in the course of modern breeding methods.

In an experiment, 14 new gluten proteins are said to have appeared in the daughter generation of wheat, none of which came from the parent generation.

So it’s no wonder that modern wheat, which contains significantly more genes for gluten proteins than ancient grains (e.g. einkorn and emmer), leads to increased sensitivity to gluten in the population and is therefore one of the most dangerous sources of gluten.

In our article Six Signs of Gluten Intolerance, we described the symptoms that gluten and gluten sources that only contain small amounts of gluten can trigger.

And we have already taken a close look at the connection between gluten and obesity. To see how gluten from wheat may even be linked to autism and other neurobehavioral changes, read our article Autism from Wheat?

Even this small excerpt from the variety of possible effects of gluten shows that a gluten-free diet – maybe only once as a trial for two to three months – can represent an excellent idea with sometimes surprising findings and great health advances.

Anyone who rejects a completely gluten-free diet for whatever reason could try a wheat-free diet. This means that only the most critical of all gluten sources, namely wheat and wheat products, are eliminated from the menu, while all other types of grain (spelled, rye, barley, oats, Kamut, einkorn, emmer, etc.) can be eaten.

Although they also belong to the sources of gluten, they do not contain gluten in the same quantity and quality as is the case in today’s hybrid wheat.

A diet that consistently avoids all sources of gluten, on the other hand, focuses on gluten-free cereals such as millet and teff, as well as the so-called pseudo-cereals quinoa, buckwheat, and amaranth. Coconut flour, nut flour, chestnut flour, ground flaxseed, and protein-rich flours such as lupine flour or hemp flour are also part of gluten-free cuisine and make it a culinary delight that makes you forget the wheat in no time.

As long as you stay within your own four walls and prepare all the food yourself, the new diet is not that much of a problem. It becomes much more difficult to avoid sources of gluten if you want to dine out or buy a convenience product from time to time.

Because gluten or wheat is not only found in baked goods and pasta and not only in finished products whose list of ingredients clearly indicates wheat components or gluten. Gluten sources can be many dishes and products – and unfortunately also those in which you would not have guessed wheat or gluten.

If you’re making scrambled eggs or omelets at home, you’ll most likely use an organic egg or two, maybe some fresh chopped herbs or fried onions or veggies, and some fat for the pan.

In the restaurant, however, it can very well be that flour or other gluten-containing binding agents are stirred into the omelet recipe in order to achieve a certain airiness. So if you order an egg dish in the restaurant, ask if it contains gluten or flour.

Another source of gluten can be soups and sauces. Soups and sauces tend to be thickened with the traditional roux made from wheat flour and fat, and are therefore often notable sources of gluten. The chefs themselves often don’t think about it and advertise their soups as gluten-free.

After all, there is neither pasta nor dumplings nor croutons included. In many cases, nobody thinks about the “bit” of flour in the roux anymore.

Hamburgers, patties, meatballs, meatloaf, and many other ground meat dishes very often contain breadcrumbs or stale bread and are therefore not suitable for a gluten-free diet – unless you make them yourself.

In this case, you use some oat bran with a wheat-free diet or you choose a recipe that does not require any carbohydrates at all.

Do you think French fries are nothing more than potato sticks fried in oil? Not even close! French fries from the freezer section of the supermarket or French fries in the restaurant are often dusted with flour so that they later become crispy.

In a Chinese restaurant, the dishes seem to be very clear and completely natural. At first glance, there is only meat, rice, and vegetables on the plate – no trace of wheat or gluten. However, Chinese cuisine also likes to work with ready-made sauces, which often contain wheat or gluten.

This can be either the soy sauce or the fish sauce. Anyone who is very sensitive to gluten can often only eat a little in a Chinese restaurant.

Even regular vegetables that look like they’re steamed or fried can give you a small but noticeable amount of gluten. Some restaurants – especially those that serve pasta dishes – also use the pasta cooking water to blanch vegetables, so that invisible gluten residue can then stick to them.

Very strange, you will think now. Since when have household appliances been a source of gluten and, more importantly, since when do you eat them? Household appliances then become a source of gluten and can become problematic for people who are intolerant to gluten, e.g. B. is a toaster in which bread containing gluten was previously toasted and as a result, it is still full of crumbs containing gluten, which can then also end up on the subsequently toasted gluten-free bread.

Even a grain mill should not become a source of gluten if a gluten-intolerant person lives in the household. In this case, no gluten-containing grains should be ground in this grain mill. Care should also be taken with the grill on which gluten-containing rolls or breaded schnitzel were grilled.

People who are extremely gluten-sensitive should therefore have their own household appliances, which no other family member may then “contaminate” with gluten-containing foods and which then cannot become dangerous sources of gluten. In addition to the equipment mentioned above, this also includes the flocculator.

Some cosmetic products — like lip balm and toothpaste — can be sources of gluten. They are also automatically swallowed to a certain extent. Here, gluten-sensitive people should take a careful look at the ingredient lists of the products, which will show if there is a hidden gluten source.

If there are ingredients with the terms Triticum (wheat, e.g. Triticum aestivum, Triticum Vulgare), Hordeum (barley), or Avena (oats), then gluten exposure can be assumed.

Many vitamins, dietary supplements, and medications can also be sources of gluten. These products often contain fillers. Often it is the gluten-free cornstarch. However, there can also be fillers containing gluten, so when choosing such products you should carefully clarify what exactly is contained in order not to accidentally swallow a source of gluten.

If you have celiac disease, which resents even the smallest traces of gluten, you should be very careful when shopping or eating in the restaurant/canteen to only select truly gluten-free products and to avoid potential sources of gluten.

Gluten sensitivity without celiac disease requires a less strict approach. But you should at least consider the possible gluten sources described in points 1 to 4 and avoid them if possible. 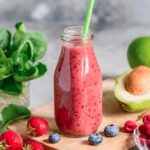 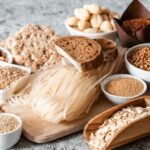