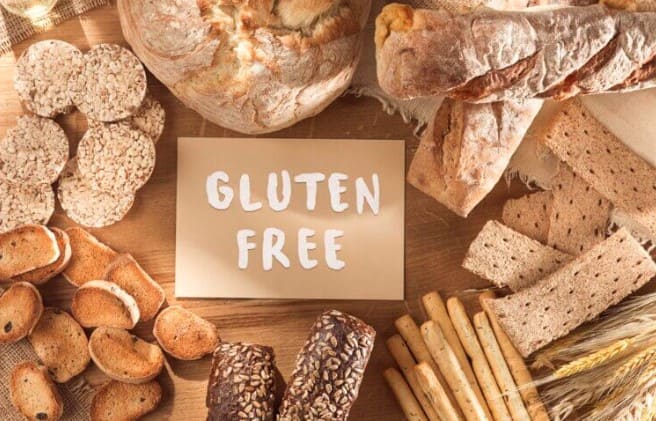 Gluten – the gluten in grain

Gluten is the name given to the adhesive protein found in many types of grain – especially wheat, spelled, barley and rye. But also in some ancient grains, such as emmer, einkorn, and Kamut.

In combination with water, the gluten holds the dough together and ensures that pasta, pastries, rolls, and bread can be easily made from it without them falling apart or crumbling.

Gluten also has other positive properties that are particularly important for food technology. It binds water, and gels and is an ideal carrier for flavorings. Therefore, it is also often used as an auxiliary in the manufacture of finished products.

However, rice, corn, millet, buckwheat, and teff as well as the pseudo-cereals amaranth and quinoa are gluten-free.

People suffering from celiac disease react with severe inflammatory processes in the mucous membrane of the small intestine after eating gluten. For those affected, this means that a normal supply of nutrients is no longer available.

Since celiac disease is an irreversible autoimmune disease, those affected must consistently avoid foods containing gluten throughout their lives.

Non-celiac gluten sensitivity is another form of gluten intolerance. In contrast to celiac disease, this variant cannot be detected via a biopsy of the intestinal mucosa, but at most via certain antibodies in the blood.

Those affected by both gluten intolerances are much better off if gluten is consistently avoided.

Wheat is considered to be the most problematic of gluten-containing cereals. The reason for this is the cultivated forms of wheat that have been genetically modified for many years. They allow its gluten content to rise continuously, which has long since led to increased sensitivity among the population to wheat.

More and more people, who previously had no problems metabolizing gluten, are now reacting to the high amounts of gluten contained in wheat.

In addition to various digestive problems, which can indicate gluten sensitivity relatively quickly, there are also symptoms that are not initially associated with the consumption of foods containing gluten.

Due to its excellent technological properties, gluten is used in numerous finished products – in many cases without this being clearly indicated on the list of ingredients. For most people, this is not a problem at first.

However, it is completely different for people who suffer from celiac disease or gluten sensitivity, because they often react to even the smallest amounts of gluten and therefore have to be particularly careful when choosing food – as far as finished products are concerned.

Gluten is not always labeled

In general, there is an obligation to label gluten-containing ingredients, but the following still applies: only if the gluten content is more than 20 mg per kilogram of food does the gluten have to be labeled.

Ingredients that were originally obtained from cereals containing gluten but are (apparently) not harmful to people with celiac disease due to the small amount are also exempt from labeling requirements.

These include glucose syrup (wheat or barley-based), maltodextrin (wheat-based), or distillates for spirits or other alcoholic beverages.

Gluten is also used as a release agent, binder, or thickener. Since only small amounts are contained here, they do not have to be specified, nor does the gluten-containing flour that is dusted over the potatoes in ready meals (croquettes, fries, rösti, etc.) so that they become nice and brown and crispy.

The demand for gluten-free foods is increasing

Not so long ago, gluten-free foods could only be found in organic and health food stores. The selection was also very small since in the past only a few people were affected by gluten intolerance.

However, these times have changed drastically, because the demand for gluten-free foods has increased immensely in recent years. More and more people are now sensitive to the gluten contained in grains or simply want to eat gluten-free because of the health risks that gluten can pose.

So it is not surprising that many rows of shelves in organic shops and health food stores have long been stocked with gluten-free foods. Bakeries have gluten-free bread and roll ready – and supermarkets are now also offering an ever-increasing selection of gluten-free products.

However, when switching to a gluten-free diet, one very important aspect is often not taken into account: the term “gluten-free” says nothing about the quality of the food. Gluten-free foods are not automatically healthy in every case. On the one hand, the respective list of ingredients gives you information about whether the food is really recommendable. In other cases, there is nothing left but to write directly to the manufacturer or retailer.

Bake our gluten-free cornbread – it’s fluffy on the inside and wonderfully crunchy on the outside.

Gluten-free does not equal healthy

Since gluten is logically absent in gluten-free foods, the typical gluten-like consistency that consumers have been accustomed to for many decades is also absent. So the food industry has to try all sorts of other ingredients to somehow compensate for the missing gluten. And since the conventional food industry is known for cutting corners, it uses extremely inferior ingredients such as B.

The example of a gluten-free muffin below shows that it is worth doing more research before buying ready-to-eat gluten-free products. The muffins we select are advertised as “fresh, gluten-free, yeast-free, and vegetarian”. That sounds great at first. However, the list of ingredients speaks a different language:

Muffins of this dubious quality are quite inexpensive, which is usually an indication of the use of the cheapest raw materials. The ingredients are heavily processed, some are synthetically produced and genetic engineering is often used in their production. Using the unhealthy tricks of the food industry – aromas, emulsifiers, fats, and sugar – people try to conjure up a reasonably tasty product, which is then made durable with dubious preservatives.

A healthy gluten-free food, on the other hand, should meet the same criteria as any other food, namely the following:

A healthy gluten-free food should of course be made without flour. The vast majority of gluten-free flours in the conventional range are extracted flours, mostly rice or corn flour. Gluten-free wheat starch is also commonly used, as are other fiber and protein-free starchy flours.

Another study — also published in early 2017 — found people eating gluten-free also consumed more pollutants, such as arsenic and mercury. Again, the risk of increased pollution does not relate to the gluten-free diet per se, but only to the rice flour often found in ready-to-eat gluten-free products.

This is because rice is known to accumulate certain metals from the soil, such as B. arsenic and mercury. However, a healthy gluten-free diet does not mean that you have to live exclusively on rice products from now on. The selection of available gluten-free flours listed above alone shows that no one who wants to eat gluten-free would have to eat an excessive amount of rice.

If in doubt, write to the supplier of your favorite brand (whether rice, rice flour, or rice drink) and ask them for the current heavy metal analysis of their rice product. If he does not have such an analysis, look for a responsible manufacturer who has the necessary examinations carried out regularly.

Healthy gluten-free food should be made from ingredients that come from organic sources. In this way alone, the pollutant load described above can be reduced.

There is very little room for ready-made products in a healthy diet rich in vital substances – whether this diet is gluten-free or not.

We, therefore, recommend that you bake your gluten-free bread or cake yourself from now on. In this way, you automatically avoid all the additives commonly found in finished products.

If you do want to use a ready-made product, pay attention to the list of ingredients and look exclusively in organic specialist shops, as quality is now generally more important there.

Make sure you use high-quality sweeteners, use flour that is as whole as possible, and avoid additives as much as possible. 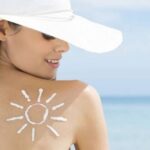 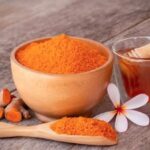