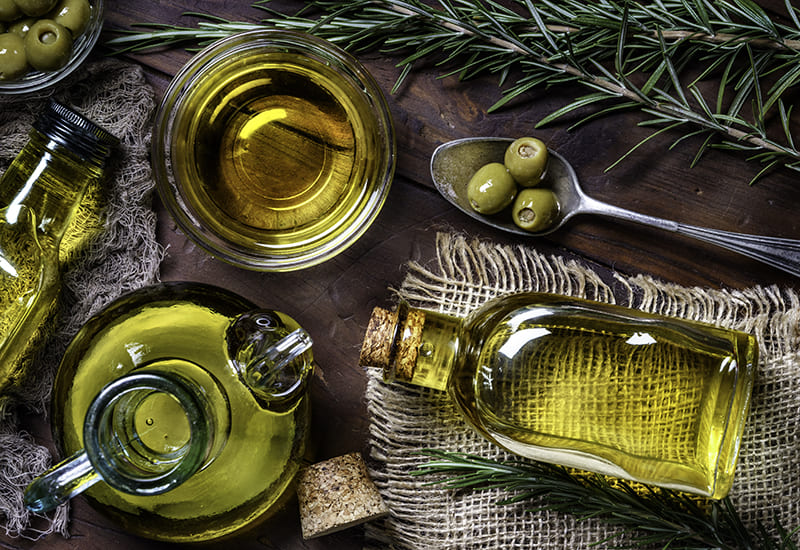 It is one of the most popular oils in the world and the cornerstone of Mediterranean cuisine. You can read about why olive oil is healthy, what effect it has and what else you should know.

Who doesn’t know and love it? We use virgin olive oil for cooking, for salads and many other great recipes, especially with vegetables. It is said to be particularly good for your health, which is why it also plays a major role in our diet. But how healthy is olive oil really?

How healthy olive oil really is is always the question. After all, it is constantly said here and there that olive oil is the healthiest oil of all. We want to investigate this question – but it is difficult to provide an exact answer, because it always depends on what the oil is to be used for.

Olive oil comes from warmer climes. Anyone who has ever been to the Mediterranean will inevitably remember the countless olive groves with their thousands and thousands of trees – a chic sight. In Germany, the climate is unfavorable for industrial olive cultivation, even if small olive trees in some places bear a few fruits in summer.

Whether the oil comes from Greece, Turkey, Italy, Spain, Portugal or anywhere else – everyone swears by the cooking oil and thinks their favorite olive oil is healthy. Flavor and color vary depending on origin and harvest time.

Olives are stone fruits, which means that, in contrast to domestic oils such as sunflower oil, they are not oil from an oil seed, but from stone fruit extract.

The edible oil is produced in different processes, which is why there are different names for the different quality of the oil. For example, an oil labeled “extra virgin” is an olive oil of the highest quality and certifies that the virgin olive oil is of good quality. “Native” means that it is mechanically pressed vegetable oil. Virgin olive oil is always preferable.

Refined olive oil from low-quality olives tolerates a mild heat supply (approx. 230°C), which is why it is particularly suitable for steaming. It is particularly favorable because more oil can be obtained through the heat input during pressing (refining).

Cold-pressed olive oil, on the other hand, is better suited for cold dishes such as salads or tzatziki, as it already reaches the smoke point at 180°C and good ingredients are converted into toxic substances. It also tastes delicious on homemade ciabatta. However, cold-pressed oils are slightly more expensive because the yield is lower.

Olive oil is not so good for frying. For this purpose, oils such as refined rapeseed oil are to be preferred, which can also score points compared to virgin olive oil due to its more favorable composition of omega-3 fatty acids and omega-6 fatty acids. Canola oil has good heat stability, making it the best oil for frying.

Olive oil: effect due to the composition

Fat doesn’t have it easy. For a long time it was believed that fats are generally bad for the body. However, this opinion has now been revised, because it depends on the type of fat. In small amounts and as long as they are healthy fats, fat is good for the body. What about the composition of the supposedly healthy olive oil – and what is the effect?

As a special olive oil effect, the anti-inflammatory effect in the body is often emphasized. This is due to the high oleic acid content (71%), a monounsaturated fatty acid. Although this reduces the risk of inflammation and can protect against cardiovascular diseases and diabetes, olive oil – unlike vegetable oils with a lot of linoleic acid (omega-6) – has no positive effect on the fat distribution in the body, nor on the proportion of visceral fat tissue, so belly fat. This is the result of a study by Ohio University led by researcher Martha A. Belury.

But that doesn’t mean that you have to do without olive oil – there are, however, oils that have an overall composition that is more beneficial for your health. In order for olive oil to be healthy, it must be used correctly – so better not for frying, as the healthy ingredients then say goodbye.

The German Society for Nutrition (DGE) also recommends consuming a spoonful of oil with a favorable composition, including olive oil, every day. So you can drink a tablespoon of olive oil daily as part of your diet. A high-quality olive oil is suitable for this.

Olive oil: healthy for the skin

Olive oil is considered to be particularly healthy for the skin, which is why there are numerous care products that contain the oil. An example of the healthy effect of olive oil on the skin is olive oil soap such as the Aleppo soap from Syria, which, however, is not allowed in Europe in its original composition of ingredients. The use of cherry laurel water and laurel seed oil from laurel is banned in cosmetics in the EU. You can find a selection of olive oil soaps for skin and hair here. 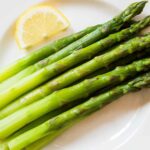 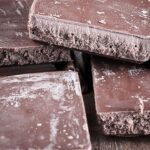