A dietary supplement with omega-3 fatty acids reduces certain levels of inflammation in the blood by up to twelve percent. Omega-3 fatty acids should therefore always be part of the holistic therapy of any problem that is based on chronic inflammation and aims to reduce the inflammatory values. These include joint problems as well as diabetes, high blood pressure, autoimmune diseases, and even cancer. Fortunately, there are now also high-quality, purely plant-based omega-3 supplements, e.g. B. from algae oil, so that you no longer have to resort to fish oil.

Increasing levels of inflammation in the blood can indicate a variety of diseases, all of which are associated with chronic inflammatory processes.

In addition to the typical chronic inflammatory diseases such as arthritis, ulcerative colitis, periodontitis, etc., many other diseases are now associated with chronic inflammation, such as B. diabetes, multiple sclerosis, Alzheimer’s, high blood pressure, tinnitus, and many more.

It is therefore absolutely necessary to lower high inflammation values ​​back to a normal value. Omega-3 fatty acids can help with this.

The human organism needs omega-3 fatty acids for a wide variety of tasks. For example, they are involved in the production of hormones, in the smooth functioning of the metabolism, and also in the functioning of the immune system.

A study by researchers at the Ohio State University College of Medicine proves that a lack of omega-3 fatty acids plays an important role in the development of inflammation and can increase inflammation levels.

Janice K. Kiecolt-Glaser’s team conducted an observational study on 138 healthy middle-aged and elderly women. The average age of the participants was a little over 50 years. They were all overweight and their lifestyles were sedentary.

The participants were divided into three groups:

One group received a placebo, the other two received a dietary supplement with 2.5 or 1.25 grams of omega-3 fatty acids per day.

During the four-month study, neither the participants nor the scientists knew which of the three groups the respective participant belonged to.

Kiecolt-Glaser and her colleagues then examined various levels of inflammation in the blood of the participants.

In the women from the control group, however, these inflammation values ​​increased by 36 percent.

Tumor necrosis factor is also one of the inflammatory values. It increased by twelve percent in the control group.

The participants who had taken omega-3 fatty acids, on the other hand, experienced a 0.2 to 2.3 percent decrease in the value of this factor.

A sufficient intake of omega-3 fatty acids can therefore clearly prevent inflammation in the body or contain existing inflammation and reduce inflammation levels.

Omega-3 fatty acids in the diet against high inflammation levels

The results of this study prove once again that essential fatty acids such as omega-3 fatty acids should be an important part of our diet.

Especially people who want to lose weight usually pay attention to a low-fat diet. However, that should not be the goal at all. On the contrary. An omega-3 fatty acid deficiency could be the result and with it a noticeable propensity for chronic inflammation with increased inflammation levels.

Much more important would be to focus on getting the right fats.

Some saturated fatty acids (in excess) or even trans fatty acids, such as those found in animal products or finished products, are harmful to health and actually make you fat.

Our body urgently needs monounsaturated and polyunsaturated fatty acids. Thanks to their health-promoting effect, they even help you lose weight by e.g. caring for the “good” intestinal bacteria.

Foods that contain a lot of omega-3 fatty acids are, for example, walnut oil, hemp oil or linseed oil, and chia seeds.

If you want to make sure you’re getting enough omega-3 fatty acids to lower your inflammation levels, you can also look to a dietary supplement such as B. use algae oil capsules. 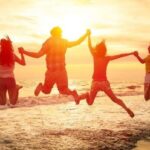 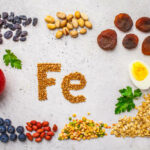