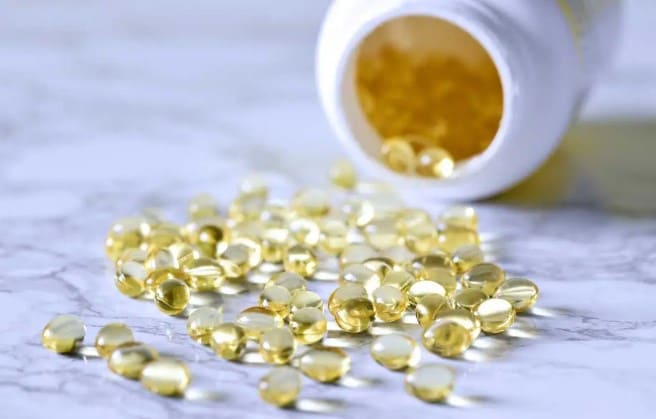 The media keep proclaiming that dietary supplements are a complete waste of money. Recently it was even said that omega-3 fatty acids could also be saved. The latest research shows that omega-3 fatty acids should be an important part of any anti-aging program, as they can apparently slow down the aging process and the typical age-related symptoms.

A meta-analysis evaluated the data of a total of 68,680 people. They want to have found out that omega-3 fatty acids – those polyunsaturated fatty acids that are so rare in our modern diet – can not have a particularly impressive effect on human health. At least not with regard to cardiovascular diseases.

However, it then turned out that this analysis also included the data of those participants who had taken omega-3-containing food supplements only for a very short period of time or in insufficient doses.

However, dietary supplements can only have a noticeable effect if they are properly dosed and taken for a certain minimum period of time.

Omega-3 fatty acids can then not only have an anti-inflammatory effect, and protect the heart and blood vessels, but also specifically delay the aging process.

However, even the authors of this study had personally noted that an analysis of patient data considering the dose, form, and duration of intake would have been much better able to identify concrete connections between omega-3 fatty acids and their effects.

Unfortunately, this apparent weakness of said analysis didn’t stop the mainstream media from spreading negative headlines about omega-3 fatty acids and proclaiming that these oils have no health benefits. Bad luck for anyone who believed this defamation.

A recent double-blind, placebo-controlled study from The Ohio State University (published in the journal Brain, Behavior, and Immunity) now confirms that omega-3-rich oils may very well have positive health effects:

Participants in the study were selected based on the following criteria: they should be overweight and middle-aged to elderly. In addition, they should be healthy, but already have elevated levels of inflammation in the blood.

This is so that a possible influence of omega-3 fatty acids on chronic inflammatory processes could become clearly noticeable.

The participants were divided into three groups. For a period of four months, they took a daily dietary supplement with omega-3 fatty acids or a placebo.

Groups 1 and 2 were able to immensely improve the fatty acid profile of their diet by taking omega-3, thereby ensuring a more favorable omega-3/omega-6 ratio. It has now been shown that this change in the composition of fatty acids in the two omega-3 groups could lead to better protection of the genetic material (DNA) in the white blood cells.

The secret of immortality?

So what exactly does this DNA protection look like? Our genetic material is found in almost every single body cell in the form of 46 chromosomes. At the ends of each chromosome are so-called telomeres.

If a cell now divides, the chromosomes of the original cell must first be duplicated so that the new cell can also receive a complete set of chromosomes and thus the complete genetic material. With each cell division, the telomeres shorten a little.

When the telomeres have become very short after many hundreds of cell divisions, the cell can no longer divide. She dies. The telomeres ensure that cells cannot divide indefinitely. If there were no telomeres, we would be almost immortal because our cells could divide as often as we wanted.

For many years, anti-aging research has therefore focused on finding methods that could be used to stop this continuous shortening of the telomeres in order to slow down the aging process.

The scientists from Ohio have now found that the telomeres within the white blood cells can be lengthened if the people concerned ensure a healthy fatty acid ratio in their diet, i.e. eat more omega-3 fatty acids.

But how can the omega-3 fatty acids or the optimized fatty acid ratio bring about these amazing results?

Inflammatory processes are the reason for an extraordinary number of health problems. Any substance that can reduce inflammation has tremendous health benefits, as a result,
added Kiecolt-Glaser. The scientists found out that those study participants who took omega-3 fatty acids had a significant reduction in the inflammatory markers in their blood.

In contrast, the placebo group, which did not take omega-3 fatty acids but instead took the usual fat mixture, suffered from a whopping 36 percent increase in inflammatory markers at the end of the study.

The lower the inflammation, the younger the person

This finding strongly suggests that there are inflammatory processes that lead to an above-average shortening of the telomeres and thus to an acceleration of the aging process.

An optimized fatty acid ratio also ensures a reduction in free radicals in the bloodstream.

This is the first study to show that supplementation with omega-3 fatty acids in overweight people who are still healthy but already have elevated levels of inflammation can reduce existing inflammatory processes in the body.
said the professor.

On the one hand, omega-3 fatty acids protect against inflammation and can therefore be taken preventively to stay healthy. On the other hand, they can be used therapeutically if there is already an inflammation to reduce it.
Since chronic inflammation is present in almost all typical age-related complaints such as coronary heart disease, type 2 diabetes, arthritis, and even Alzheimer’s disease, the study suggests that the regular intake of high-quality dietary supplements with omega-3 fatty acids could significantly reduce the risk of developing the aforementioned age-related ailments.

Omega-3 fatty acids can be taken in a variety of ways. A diet with plenty of vegetables, hemp, linseed and chia seeds, hemp and linseed oil, and – if you want – sea fish already provides a certain basic supply of omega-3 fatty acids.

However, if you also eat a lot of grain products (bread, baked goods, and pasta), meat and dairy products, and vegetable oils such as sunflower oil or safflower oil, you will ensure that the fatty acid ratio shifts in favor of the omega-6 fatty acids.

However, a high-quality omega-3-rich dietary supplement such as krill oil capsules or vegan omega-3 preparations can optimize the fatty acid ratio again and ensure the supply of sufficient omega-3 fatty acids. 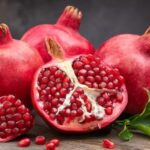 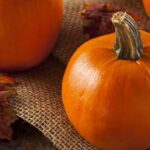