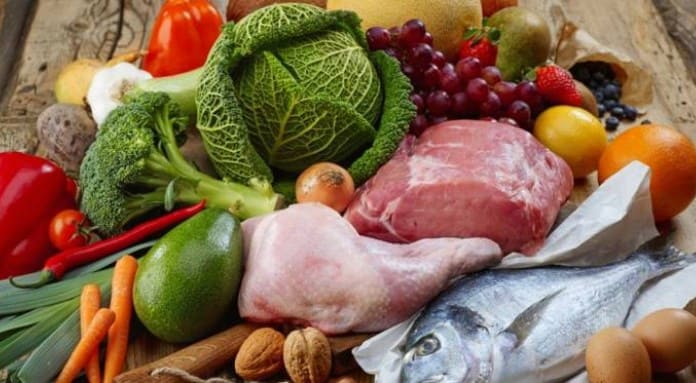 Contents show
1. Paleo diet idea
2. Modern paleo diet
3. How did people eat in the Stone Age?
4. The Stone Age diet of the Inuit
5. The Kitavi Paleo lifestyle
6. The life expectancy of the Inuit compared to tropical primitive peoples
7. Stone Age nutrition in the modern age
8. Scientific evidence of paleo nutrition

In contrast to other branches of research, the science of human nutrition, ecomorphology, is still a very young discipline. There is only agreement on a few points.

In the search for a species-appropriate and healthy diet for humans, people have long acted in a vacuum – without a clean scientific approach, without a research paradigm. In this situation, as recently as 1985, an article was published in the New England Journal of Medicine, which took up an interesting and also very plausible hypothesis:

The reasoning behind this is: Our biology, our environmental factors, and our way of life are increasingly incompatible nowadays (S. Boyd Eaton and Melvin J. Konner coined the term “Discordance/Mismatch Hypothesis” in this context). This is expressed in the endemic Occurrence of the typical diseases of western civilization.

Thus, by imitating the lifestyle of our foraging and hunting ancestors, civilized modern man could find his way back to better health and some protection from chronic degenerative diseases. The idea of ​​the paleo lifestyle is therefore to imitate the lifestyle of our nomadic, hunting and gathering ancestors using the achievements of modernity – knowing full well that nutrition is only ONE area of ​​life and that going back to the Stone Age is neither possible nor desirable.

As a result, with the essay by Eaton and Konner in 1985, a research paradigm for nutritional science was born at the same time, on the basis of which scientific hypotheses can be generated. But despite the plausibility of this hypothesis, the problem is that only stone remains of the Palaeolithic (Old Stone Age) remain today. Therefore, today we neither know in detail how the Stone Age people lived nor how and what they ate.

How did people eat in the Stone Age?

It is therefore impossible to determine THE Stone Age diet of humans. Not least because the Palaeolithic period extended over more than 150,000 years (approx. 200,000 BC to approx. 12,000 years ago). As is the case today, there have always been cultural and seasonal differences in the eating habits of our ancestors. Nevertheless, there are certain basic patterns that should certainly underlie any variation of paleo nutrition:

However, with the help of archaeological investigations and field studies on hunter-gatherer cultures living today, it is possible to get a more detailed insight into traditional Paleolithic ways of life. Because these have probably hardly changed in modern primitive peoples over the millennia. Unfortunately, there are fewer than 150 of these populations left in the world – and these peoples are already threatened with extinction.

Let’s take a closer look at two such people: how do they eat, how do they live today, and how healthy are they? In the following, the way of life of the Greenlandic Inuit (Inuuk / “Eskimos”) and the Kitavi (also called Melanesians) from the tropical island of Papua New Guinea will be examined.

The Stone Age diet of the Inuit

The Inuit are often used as an example of an ancient diet based exclusively on meat and fish. However, this food choice is on the extreme edge of a spectrum of humanly tolerable diets and has its historical origin in population growth and the associated need for migration to polar regions. In addition, it is quite questionable whether the prejudice that the Inuit eat purely animal food is really true.

What is correct is that seasonally the Inuit have very limited fresh plant food available e.g. B. in the form of flowers, seaweed (kelp), green leafy vegetables, and berries. Nevertheless, the Inuit also preserve and store these plant-based foods by drying, freezing, or fermentation. In this way, they can supplement their diet, which is dominated by animal products, with plant-based food all year round.

When it comes to animal food, the Inuit mainly eat whale and seal meat, especially the innards such as e.g. B. the liver and adrenal glands and certain layers of skin. In this way, the Inuit secure their vitamin C requirements. Tribes who do not have access to marine animals guarantee their vitamin C requirements by eating the adrenal glands and stomach walls of the wild animals they kill.

They also eat the brain, heart, bone marrow, liver, and even the testicles of the hunted game. In this context, the Inuit are apparently aware that they could contract serious deficiency diseases that are ultimately life-threatening if they mainly or exclusively eat muscle meat that is poor in micronutrients, as is part of the western lifestyle.

As a result, the Inuit feed most of the muscle meat to their dogs and eat the raw offal themselves. They also sometimes scrape the moss off rocks or eat the contents of elk’s stomachs to get plant-based foods and certain vitamins and minerals.

The way of life of primeval peoples in tropical climes differs greatly in some respects from populations living in polar regions. The proportion of animal food and the total calorie intake is generally lower here, while the proportion of carbohydrates is significantly higher – not least because of the rich fruit and vegetable supply in the tropics.

Indigenous peoples have intuitively learned to adapt their diet to their environmental factors according to their needs: Unlike the Inuit, tropical dwellers do not have to take in vitamin D with their food because they are exposed to sufficient sunlight every day and their bodies can therefore produce vitamin D itself. Their energy consumption is also lower due to the higher outside temperatures.

Therefore, the lifestyle of the Kitavi from Papua New Guinea differs from that of the Inuit in the following points:

Cardiovascular diseases, cancer, diabetes, high blood pressure, acne, dementia, obesity, and other chronic degenerative phenomena are virtually unknown among the Kitavi but occur as soon as they adopt the western way of life. This is an indication that these western diseases are not genetic but are caused by environmental factors and lifestyle.

The life expectancy of the Inuit compared to tropical primitive peoples

But which paleo diet is the best? The Inuit in Greenland? Or those of the Kitavi in ​​tropical regions? Is it better to eat a lot of meat and a few vegetables – like the Inuit? Or would the Kitavi diet of vegetables, fruits and roots and some fish and seafood be more recommended?

Traditionally living Inuit have a lower life expectancy than other indigenous peoples: if infant mortality is factored out, it is around 43.5 years, while for the Kitavi it ​​is a remarkable 75 years under similar premises. However, the life expectancy of the Inuit continues to decrease when they adopt the western-modern way of life; the frequency of chronic degenerative diseases is then significantly increased.

The comparison between Kitavi and Inuit is a first indication that a very meat-heavy diet, as practiced by the Inuit, is certainly within the range of what is humanly tolerable, but is more likely to arise from the constraints of life in polar regions than from a purely health-related rationale. Adding plenty of fresh plant foods is therefore likely to be very beneficial.

Both peoples have a “Paleolithic” diet. The design of the Paleo lifestyle after that of the Kitavi, which i.a. includes a diet based on alkaline guide values, however, according to the above statements, seems to be superior to the lifestyle of the Inuit in terms of health.

The main criterion for alkaline or alkaline nutrition is the 80-20 rule. This means: 80% of the diet is composed of basic foods, and 20% of acid-forming but high-quality foods (so-called “good acid-formers”. Therefore, in modern Stone Age nutrition, make around 80% of the plate look out of plant-based foods. Too much animal protein can lead to unpleasant side effects. On the other hand, if there is a complete lack of animal foods (eggs, fish) or if their proportion in the diet is lower than the individual requirement, supplementation with certain vitamins and nutrients (e.g. B12, D3, DHA, etc.) should be considered.

According to the Stone Age diet, the majority of your protein intake should consist of animal foods, i.e. not – like e.g. B. in the vegetarian-vegan diet usually – come from legumes and grains. Muscle meat is only suitable in very small quantities. Instead, offal, seafood, fish, eggs, but also algae are on the menu. Get closer by continuously reducing the amount of lean meat in your diet and increasing the amount of offal.

Raw milk and its products – if you are sure that you can tolerate and want to consume milk – can also be an alternative, as an insect protein. Because animal protein sources (except raw egg white, if it is consumed in excessive amounts) have an advantage over grain and legumes: they are largely free of antinutrients.

However, you should make sure that your animal-based food comes from an impeccable source: Only products that come from species-appropriate feeding, pasture farming (for fish from organic aquaculture), or wild stocks (if it is ecologically justifiable) are suitable. Orientation towards quality criteria of this kind should not only be of interest to consumers, but also to citizens who are politically active in a democracy.

However, the Paleo lifestyle is much more than just a dietary requirement: because sufficient exercise, fresh air, sunlight, stress relief, social solidarity, and quality of sleep play a role that is just as important as the right Stone Age diet alone.

The fact that such a Paleolithic diet also has advantages for Western-civilized people has now been proven quite well by human experiments in which various health parameters were recorded. Studies have even shown it to be superior to the often-cited “Mediterranean Diet”. The “mismatch” hypothesis described at the beginning is actually no longer a hypothesis. Rather, it stands on a stable, scientifically and experimentally secured foundation and is a helpful guide to designing your own healthy diet – especially for all those people who cannot imagine a meat-free lifestyle. 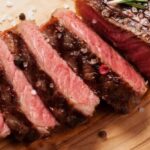 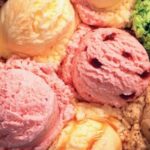