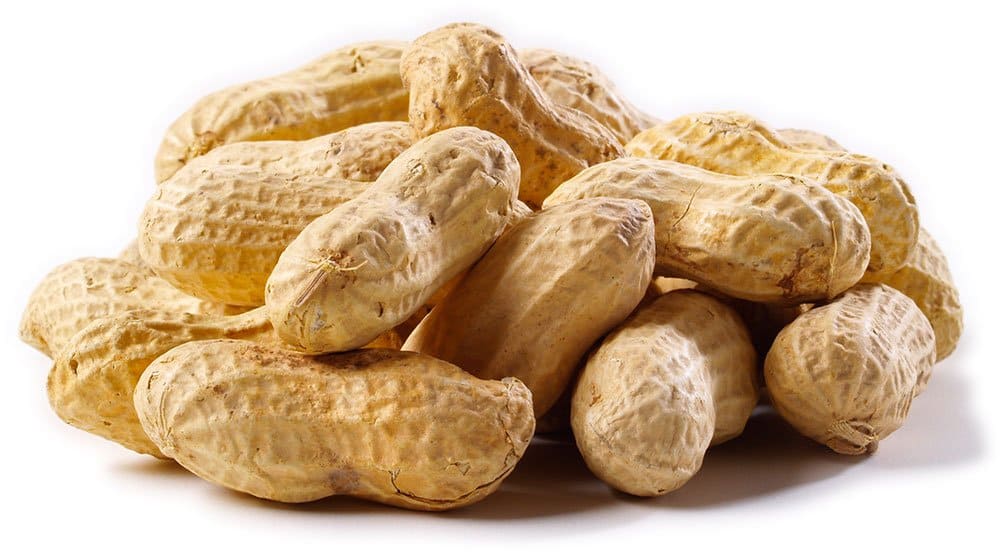 Contents show
1. Peanuts – healthy nuts or something else?
2. Peanuts: Ingredients & Calories
3. Peanuts: Unhealthy due to aflatoxins
4. Peanuts: Healthy in the right amount

Peanuts – so delicious, so tasty. But are peanuts healthy? That’s the big question we’re going to explore in our article. You can find out everything about ingredients, healthy or unhealthy, from us.

Who doesn’t like a few delicious peanuts on the sofa in the evening. Or as a snack in the bar, as an ingredient for many Asian and South American dishes – it’s just incredibly popular. But how healthy are peanuts? Is the consumption of the food perhaps even unhealthy? And are peanuts even nuts? Questions over questions – we have the answers for you.

Peanuts – healthy nuts or something else?

We all know the peanut. They come in so many variants that we can quickly lose track of them. Roasted and salted, spicy or with wasabi, pepper and co., in the shell or as peanut butter, in sauces and more. Peanuts are everywhere and eaten all the time. But is that actually good for your health?

The peanut (lat. Arachis hypogaea) is actually not a nut at all – at least not from a botanical point of view. It is actually a legume, but it has evolved to be like a nut today. A healthy peanut. Fun Fact: The English name ‘peanut’ points this out – ‘pea’ is the English word for peas. Learned something again.

In contrast to peas, nuts and Co., the peanut actually grows in the ground, which is why it has its name in German. The plant originally comes from South America – which is what it has in common with plants such as potatoes and Physalis. In Peru it has been proven that people have been cultivating peanuts for almost 8000 years.

The plant finally came to Africa with the slave trade. The popular peanut is now grown in almost all warm regions of the world – it has conquered the world and is grown in Europe in the Mediterranean countries, but has not caught on on a large scale. Most of our peanuts come from the USA, Brazil, Senegal or Sudan. By far the world’s largest producer is China, but the peanuts are mostly consumed locally.

But are peanuts healthy? The peanut ingredients raise considerable doubts here, more precisely one of the nutrients in the food.

Peanuts contain – even more than soy – a lot of fat. This is unique among legumes, a whole 48g of fat can be found in 100g of peanuts, so almost half of a peanut is simply fat.

This is of course rather suboptimal at first, especially if the peanuts were also roasted in oil and salted. But nobody expected that roasted and salted peanuts could be healthy for the body. In the end it’s the crowd that matters. However, fat is not just fat – after all, there are saturated fatty acids and unsaturated fatty acids.

In that sense, the nutritional value of a peanut isn’t all that bad. In addition to the unsaturated fatty acids, you will find a lot of protein and fiber in peanuts, but only a few carbohydrates. Peanuts also contain a lot of magnesium, potassium and phosphorus, which are important trace elements for the body. You can also find calcium, sodium, zinc, iron, manganese, copper and selenium in untreated peanuts, according to the US Department of Agriculture (USDA).

But there are also many peanut vitamins among the peanut ingredients. These include vitamin E, vitamin B1, riboflavin (vitamin B2), niacin (vitamin B3), pantothenic acid (vitamin B5), vitamin B6 and folic acid (vitamin B9). In addition, there is the amino acid arginine, which is important for the stability of cells and for the production of the messenger substance nitric oxide. In roasted peanuts, the value is even higher. Only pumpkin seeds and pine nuts contain even more arginine as part of proteins.

As for the peanut calories, it’s better not to snack on too many at once. A handful of nuts should probably be enough, because according to the USDA, raw peanuts have 567 kcal per 100 grams. Roasted peanuts are significantly higher. But there are also a few other things that can make peanuts unhealthy.

Peanuts: Unhealthy due to aflatoxins

As delicious as peanuts taste and as easy to read as the peanut ingredients are, strict attention is paid in the EU to ensuring that peanuts do not have elevated levels of unhealthy aflatoxins. These are toxic substances that are produced by various molds, as the Lower Saxony State Office for Consumer Protection and Food Safety (LAVES) knows.

They are caused by unhygienic conditions during harvest, storage or transport and are also acid and heat stable, which is why roasted nuts or peanuts can also be contaminated. Aflatoxins are carcinogenic in peanuts and co. The maximum values ​​applicable in the EU are 2 µg (micrograms) for aflatoxin B1 and 4 µg for the sum of all aflatoxins.

Another problem that can make peanuts unhealthy is the mold toxin ochratoxin A. According to the European Food Safety Authority (EFSA), it accumulates in the kidneys and can subsequently lead to kidney disease. According to LAVES, it is also carcinogenic, i.e. carcinogenic. There is no EU limit value, but the EFSA says that the general intake levels in Europe are at most half the recommended maximum dose of the poison per week. So you don’t have to worry too much about these toxins. If the peanuts taste musty, you can throw them away to be on the safe side.

Peanuts: Healthy in the right amount

Ultimately, it can be said that peanuts are definitely a healthy food. However, the high calories make peanuts a tasty snack, which should not be consumed in large quantities. The good ingredients and nutritional values ​​can also have a positive effect.

The right amount is difficult to determine as it depends on your personal diet. A handful of peanuts is about 33 pieces. However, you can also mix them with other nuts, as each nut has different benefits. For example, the healthy peanut has more protein than other nuts and is a good source of protein.

Whether you eat the delicious nuts pure or sprinkle them over your food is secondary. You can eat peanuts in muesli, in salads or with delicious dishes – it’s up to you. Just how you like it best. The only time you should slow down is with roasted and salted peanuts. With peanut butter, it’s better to see what’s in it beforehand. On average, 100 grams of peanut butter has 600 kcal, because it contains hydrogenated vegetable fat and sugar, among other things.

However, peanuts are healthy on their own – a high content of unsaturated fatty acids and protein as well as vitamin E and Co. make the consumption of this food valuable for your healthy diet. 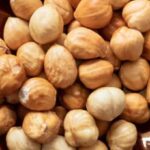 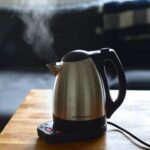