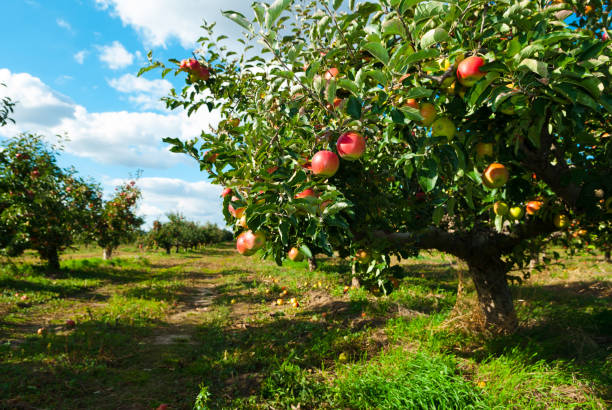 Apples are among the most important types of fruit in Central Europe and are part of many juices and baking recipes. With a little care and the right location, you can also harvest juicy apples in your garden

What should you pay particular attention to when planting an apple tree?

First of all, you should pay attention to choosing the right variety for your location. The flavors of the varieties offered in the supermarkets are appreciated, but their needs are often not optimal for Central Europe. It is better to ask your garden neighbors or the regional fruit and horticultural association which varieties have proven themselves regionally and deliver good yields. These usually include classics such as the following varieties:

The planting hole should be dug a little larger before planting and lined with some compost. So a gentle fertilization for the first growth phase is already done.

Where can you plant an apple tree?

Compared to other types of fruit, apple trees are extremely versatile when it comes to choosing their location. They usually tolerate locations in full sun just as well as the penumbra or shade of neighboring trees and buildings. However, it should be ensured that the apple tree is not in the shade and in the lee of a high hedge at the same time. Otherwise, despite regular tree pruning, excessive moisture can occur on the leaves and this can lead to an outbreak of fungal diseases. In addition, apple trees should not be planted in depressions in locations with loamy and heavy soil, as they do not tolerate waterlogging very well.

Where can you get a suitable apple tree?

Apple trees can now be ordered not only from the local tree nursery but also online. Special suppliers of old apple varieties can often procure treasures, but the gardener in the tree nursery around the corner usually knows better which variety also suits the respective microclimate at the location. If you have a little patience and are willing to experiment, you can also grow an apple tree in a pot from a core yourself and graft it with a scion after a few years.

How to propagate apple trees yourself?

The cultivation of cuttings or shoots is generally not common with apple trees. Seedlings are grown from seeds and later grafted with the scions of a yield variety. However, growth stocks such as the weak-growing M-9 are usually used for grafting in yield cultivation.

What is the best time of year to plant or transplant apple trees?

The best season for planting a young apple tree is autumn. Older trees can still be transplanted in autumn, but not only does the effort involved in transplanting increase with each year of life, but also the risk of the plant dying off.

When does an apple tree blossom and when are its fruits ripe?

In Central Europe, the apple blossom usually begins in May and, for meteorologists, marks the beginning of what is known as full spring. With sufficient pollination by insects, small green fruits form from June, which ripen between August and November, depending on the variety.

What should the soil for an apple tree be like?

Apple trees have relatively fine and sensitive roots, which is why they do not tolerate waterlogged locations very well. Good conditions for apple trees are provided by loose and humus-rich soil, which is supplied with nutrients through regular fertilizer application.

How much distance do you have to keep from other trees or house walls?

The required distance of an apple tree to other trees or to a house wall does not result from the selected apple variety alone. Apple trees are grafted on various bases as a bush, half-stem, or standard. Depending on the typology of the tree, its space requirements also depend. Roughly speaking, it is assumed that the root system of a fully-grown apple tree takes up about the same space as the crown of the tree. However, since this is often kept artificially small by regular pruning, a larger expansion of the roots can sometimes be assumed. Therefore, a distance of several meters to cellar walls and other fruit trees should be maintained. Trellis trees are relatively slow-growing and can be planted up to a meter from walls for an earlier harvest.

Autumn is the best time of year to plant an apple tree when you want it to bloom and bear fruit the following year. From the second year, however, winter pruning should be part of the apple tree’s regular care program if it is to remain healthy in the long term. 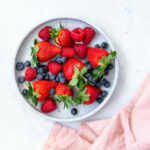 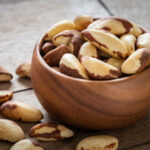