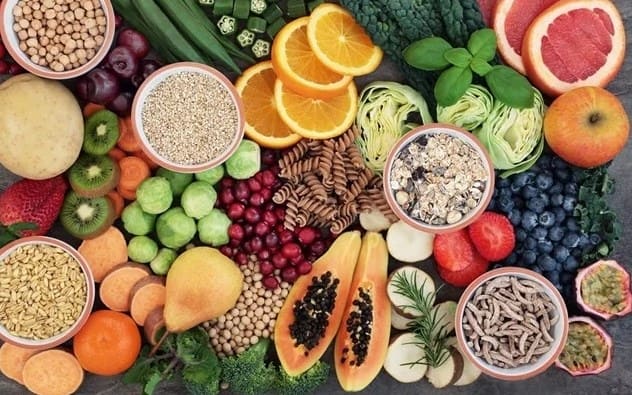 Fiber is particularly important during pregnancy. Grain sprouts, fruits, nuts, seeds, and vegetables stimulate intestinal activity, reduce cravings and provide the mother-to-be and her baby with important nutrients. However, fiber also protects the offspring after birth from a disease from which more and more children are suffering: a study has now shown that a high-fiber diet during pregnancy drastically reduces susceptibility to asthma.

In industrialized countries, asthma is now one of the most common chronic diseases in childhood – in Germany, Austria, and Switzerland about every tenth child is affected.

Asthmatics suffer from permanent inflammation of the bronchial mucosa, which leads to hypersensitivity of the airways. The term “asthma” comes from ancient Greek and means something like “difficult breathing”, which also indicates the symptoms of the disease: the constant urge to cough, wheezing, tightness in the chest, tiredness, and shortness of breath.

But why are more and more children developing asthma? The little ones are increasingly coming into contact with factors that increase the risk of illness. A basic distinction is made between allergic and non-allergic asthma – but there are also mixed forms. Examples of asthma triggers include:

Scientists from Monash University in Australia have now shown that there is an even earlier factor: nutrition during pregnancy.

dr Alison Thorburn and her colleagues found that a mother’s diet has a major impact on her baby’s risk of developing asthma: the higher the fiber diet during pregnancy, the lower the likelihood that the baby will develop asthma later.

dr Thorburn explains that it has long been known that typical Western diets – from convenience foods to fast food – increase the risk of asthma, while the fiber in plant-based foods protects against childhood asthma.

What is new about the study is that the mother-to-be can positively influence her child’s susceptibility to asthma even during pregnancy. The decisive factor here is that a high-fiber diet changes intestinal flora.

So far it has been assumed that genes and environmental conditions determine whether a child develops asthma or not. However, it is now clear that the origin of asthma can already be in the womb and that the mother’s diet plays an essential role in this.

To back up these findings, the Australian researchers conducted an additional study of 40 pregnant women and found that blood acetate levels were significantly elevated when diets high in fiber were consumed.

Their children were far less likely to need medical attention for wheezing and other respiratory problems during their first year of life. These are symptoms that are considered typical asthma harbingers.

What should be considered when eating a high-fiber diet?

The German Society for Nutrition recommends at least 30 g of fiber per day for adults. However, most people do not reach this benchmark. For example, 75 percent of women consume significantly less dietary fiber.

This is sometimes due to the fact that too much and too often meat – which is free of fiber – and white flour products are eaten, while healthy whole grain products, nuts, fruit, and vegetables are often neglected.

It would be so easy to balance the dietary fiber balance because a third of the daily dietary fiber requirement can be covered with just one portion of peas (200 g).

Pregnant women who want to eat a diet rich in fiber and thus have a positive influence on their child’s risk of asthma should prefer the following foods:

You should also adjust your drinking habits: With a high-fiber diet, it is particularly important to drink enough (approx. 1.5 liters per day) since fiber can bind water in the intestine. Switching to a healthier diet richer in fiber is made easier by taking a high-quality probiotic (e.g. Combi Flora), which ensures the healthy development of the intestinal flora, which – as we have seen above – is very important for the child’s asthma prevention. 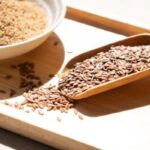 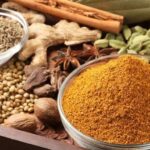