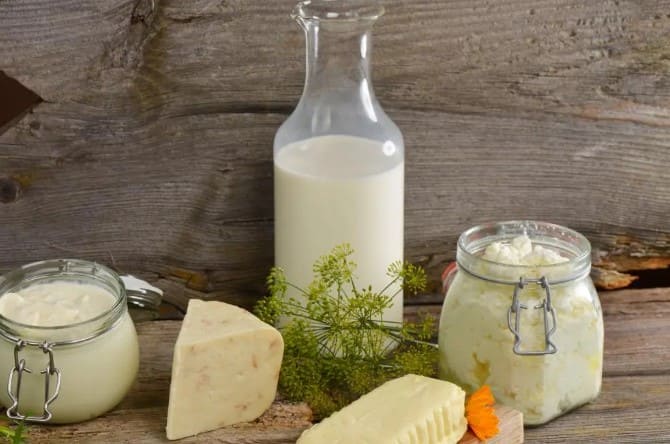 Stress can make you ill and lead to many different symptoms, but especially to digestive problems such as flatulence, diarrhea, or symptoms similar to irritable bowel syndrome. Various studies show that very specific probiotics help the organism to cope better with stress.

Probiotics, therefore, not only regulate gut health and thus improve digestive problems, but have many more beneficial effects on overall human health. For example, we know that probiotics can lower high cholesterol and high blood pressure, help with gum and skin problems, protect against flu and strengthen the immune system. It has also been shown that probiotics and the condition of the intestinal flora can affect the human psyche.

The bacterial composition in the gut clearly affects mental health. The intestinal flora itself controls eating behavior because our intestinal bacteria tell us very subtly what we should eat. We think we have an appetite for this or that. In reality, it is the appetite of our gut bacteria that we perceive as our own.

Yes, most likely the intestinal flora – if it is disturbed – is even involved in the development of autism, ADHD, Alzheimer’s, and depression. Various studies in recent years have also shown how the condition of the intestinal flora affects personal susceptibility to stress. By taking certain probiotic bacteria, you can alleviate stress-related symptoms and ensure that stress no longer matters so much and no longer manifests itself so strongly in physical symptoms.

In May 2016, a Japanese study of medical students who were about to take their final exams in medicine showed how well probiotics can control physical stress reactions.

The students took a probiotic supplement during the preparation phase for the exams – and found that their exam stress and the associated stress symptoms could be significantly reduced as a result.

The bacterial strain Lactobacillus casei can reduce many symptoms of stress, especially those affecting the digestive system, explains study author Dr. Kouji Miyazaki, Director of the Food Research Department of Yakult Central Institute, Tokyo, Japan.
The study was published in the journal Applied and Environmental Microbiology – a journal of the American Society for Microbiology.

Eight weeks before the exam, one group of students (23 people) took a probiotic (which contained L. casei). The second group (24 students) received a placebo. At weekly intervals, one looked at how the stress symptoms of the students changed. Did abdominal pain and discomfort improve? Did anxiety and nervousness change?

In addition, the subjects’ stress hormone levels (salivary cortisol) and the activity of 179 genes associated with stress reactions were examined. It turned out that taking the probiotic daily was initially able to reduce digestive problems and abdominal pain.

Additionally, the students who received the probiotic felt less stressed and their cortisol levels dropped. The activity level of the stress genes also changed. In the placebo group, this skyrocketed as the test approached. In the probiotics group, on the other hand, it only increased moderately.

With regard to the composition of the intestinal flora, the researchers were able to determine that the proportion of the so-called Bacteroidetes bacteria before the tests only increased significantly in the placebo group. This family of gut bacteria is directly related to stress. The more stress a person has, the more Bacteroidetes bacteria are housed in their intestinal flora.

In the probiotics group, on the other hand, the intestinal flora of the students showed greater diversity and a more balanced intestinal bacterial population.

Not only stress but also anxiety can be treated with probiotics because they regulate the so-called gut-brain axis in such a way that stress and anxiety can be reduced. The “gut-brain axis” refers to the connection between the gut and the brain. This comes about as follows:

The majority of a person’s nerve cells are located in the gut – up to 70 percent according to some sources. One therefore also speaks of the so-called enteric nervous system or abdominal brain. The abdominal brain is now closely related to the head brain. There is a constant dialogue between the two – an exchange of information that works in both directions.

Disturbances in the intestine can be caused by infections, antibiotic therapy, but also by stress. These disorders are initially expressed in an unfavorable change in the intestinal flora.

The result is that you react much more strongly to stress, become much more sensitive and suddenly suffer from anxiety and depression. Probiotics can help to reverse this development and allow the intestinal flora to recover.

In the last 15 years, a lot of studies have been done on this topic – and the possible mechanisms of action by which probiotics help to alleviate anxiety and depression via their influence on the gut are already known:

Now, probiotics can be made up of many different strains of bacteria — and not everyone works equally well against stress, depression, anxiety, and other emotional states.

Which probiotics help against stress?

In the above study, the bacterial strain L. casei was used. There are significantly more studies on the stress-relieving effect of the two bacterial strains Lactobacillus helveticus and Bifidobacterium longum. They both have the ability to have an anti-inflammatory effect on intestinal mucosal cells.

L. helveticus can also protect the intestinal flora from invasion by harmful bacteria. And both strains in turn reduce the permeability of the intestinal wall due to their so-called barrier function.

The combination of all these effects leads to a reduction in stress-related inflammation and nerve inflammation in the intestinal mucosa and then to many other improvements in health – both on a physical and psychological level.

In a double-blind, placebo-controlled, randomized study, 75 volunteers suffering from stress symptoms took the combination of the two probiotics mentioned (L. helveticus and B. longum) or a placebo product.

After three weeks, the stress-related digestive problems (nausea, abdominal pain) had decreased by 49 percent compared to the placebo group. Nervous heart symptoms such as tachycardia had also improved in the probiotic group.

Another clinical study (Messaoudi et al., France) also examined the influence of this special probiotic combination on stress, anxiety, and also on depression in 55 stressed people. Not only did the stress-related physical symptoms improve, but also the depression, anxiety, and feelings of anger. The stress reduction could also be specifically demonstrated based on the cortisol levels (stress hormone levels), which had fallen significantly in the probiotic group.

A publication by Ait-Belgnaoui et al. examined the effects of the mentioned probiotic combination on the brain in more detail and confirmed that the influence of the probiotics can be clearly determined at the brain level.9 It was shown here that probiotics could improve stress-related abnormal neuronal plasticity. Neuronal plasticity describes the ability of nerve cells to change and adapt. Too strong and frequent a change is observed during stress, a condition that probiotics seem to be able to regulate again.

All these studies confirm that special probiotics are able to have an extremely positive effect on the gut-brain axis. Thus, probiotics or healthy intestinal flora play a key role in the recovery from mood swings and psychological impairments of all kinds.

Probiotics appear to have a particularly calming effect on areas of the brain associated with stress, anxiety, and depression, so they may help prevent stress hormones from being released.

It has even been observed that probiotics can reduce stress-related apoptosis (programmed cell death) in the limbic system, a region in the brain where e.g. Emotions are processed.

Probiotics are therefore already referred to by some scientists as so-called psychobiotics (Dinan et al.) – based on the term “psychotropic”, which means a substance that influences the psyche. 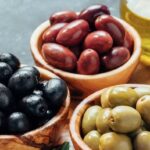 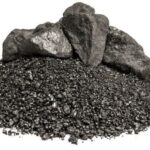