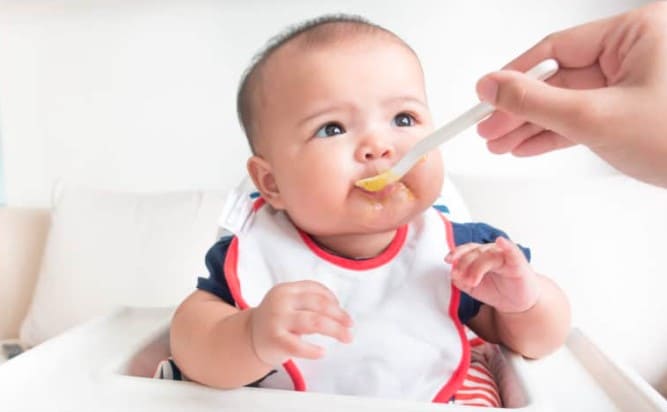 A study conducted by researchers at the University of Nottingham, UK, revealed that babies who are self-weaned and fed finger foods prefer healthier foods later in life. Babies, on the other hand, who receive baby food and are spoon-fed are said to be more into sweets later in life and are also more likely to develop into chubby ones.

Babies should be weaned when they are five to seven months old. At least that’s what experts advise. You can choose between purchased baby food and homemade baby food. However, there hardly seems to be an alternative to baby food. It’s only stupid if you have a baby that absolutely doesn’t like baby porridge. Not at five months, not at six, not at seven, and certainly not at eight months.

Finally, the unnerved mothers and fathers give up and simply give their now nine-month-old baby a banana (peeled, of course) in the hand – and lo and behold: the baby eats with a healthy appetite. As if it had waited a long time for someone to finally understand what it actually wants: to eat exactly like everyone else.

Finger food instead of baby food

But why wait until the baby is eight or nine months old to start finger food? Babies can, and even want to, eat finger foods at six and seven months. Babies are overly cautious creatures when it comes to food.

In this situation, would you think it would be great if one of the locals – without you being allowed to inspect it beforehand – shoved this completely foreign food into your mouth with a spoon and then in an indefinable pulpy form? They couldn’t even test in advance whether the food might be too cold or too hot for them.

It’s much the same with a baby. It wants to cautiously approach the new world of food. Literally. He wants to see the food, not the pulp with the broccoli mashed beyond recognition, but the bright green broccoli with the stalk and florets.

He wants to put his hands on the broccoli and feel its consistency and its temperature. Only when everything feels good and safe is the broccoli put in the mouth, but of course in such a way that it can be spat out again at any time.

It is not fed strange paps that nobody else eats at the table but can eat what everyone eats (of course only the healthy ingredients and they have to be unseasoned too). It can determine the course of the meal, the composition of the meal, and the beginning and end of the meal itself.

The result is a happy, confident baby with healthy eating habits. A baby who is less into sweets and more into healthy food and consequently a baby that remains slim even as a toddler and is not prone to unhealthy fat deposits.

Baby-led weaning – Widespread in the UK

The Brit Gill Rapley wrote a book about weaning with finger food in 2008 and introduced the method to the public.

Her book title is Baby-led Weaning: Helping Your Baby to Love Good Food. A few years later, the German translation came onto the market. The book is called: Baby-led weaning – The basic book: The stress-free complementary food path

Until now, the BLW method was more of a marginal phenomenon that was not taken particularly seriously. Along with lotus birth, diaper-free baby care, and a family bed, they were pushed into the category “dubious methods of alternative baby care”, which modern parents avoided.

However, now that a British research team has confirmed the benefits of BLW, it may be high time that parents who want to feed their babies exclusively using evidence-based methods take a closer look at finger food.

Babies free of baby food in the focus of science

The study by the University of Nottingham examined different weaning methods and their influence on later eating habits as well as on the BMI (Body Mass Index) during early childhood. The BMI is a value that evaluates body weight in relation to age, gender, and height and is intended to assess whether the person concerned is underweight, ideal weight, normal weight, or overweight.

In the British study by Dr. Ellen Townsend, 155 children between the ages of 20 months and six and a half years or their parents took part. Ninety-two pairs of parents reported that they had used the Rapley method to wean their child, which means they had their child slowly wean themselves from the mother’s breast by introducing them to a variety of solid foods from the age of six months allowed to feed himself. 63 pairs of parents chose the spoon method, in which the child received baby food after weaning.

dr Ellen Townsend explained why her team was researching the different methods of quitting. “Although numerous studies related to the point at which solid food enters the baby’s diet, there is a lack of studies on the influence of different weaning methods on nutritional preferences and the child’s later health.

We believe our report is the first proper piece of research that examines more closely whether the method of weaning is an important factor in the child’s future eating behavior and health.”

dr Eventually, Townsend and her team found that children who self-weaned using the BLW method were later more likely to turn to complex carbohydrate foods such as g., toast, or pita bread, while spoon-fed children showed a marked preference for sweets.

Looking at the data from the final analysis, co-author Nicola Pitchford explained that “so-called baby-led weaning has a positive impact on the child’s later food preferences, as it prefers foods that act as building blocks of a healthy diet may apply, such as complex carbohydrates.

This method of weaning the child thus promotes healthy eating behavior in early childhood, which can ultimately protect against obesity.” Other influencing factors such as the socio-economic position of the parents and the educational background would therefore have little or no effect on the later eating behavior of the child Babies.

If you are interested in the Rapley method, we will summarize the most important points for you below. First of all, however, we would like to point out that baby nutrition with finger food does not necessarily have to be positive and healthy. There are healthy and unhealthy finger foods.

So e.g. B. blanched broccoli is a very healthy finger food, also a steamed carrot, a ripe pear, and a boiled organic egg are recommendable finger foods. But a donut would also be finger food, as would a chocolate bar, salty French fries, and a piece of pizza. However, they are far from healthy. Of course, the Rapley method also depends on a conscious choice of food. 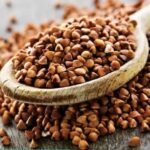 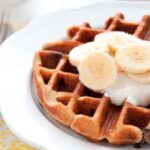