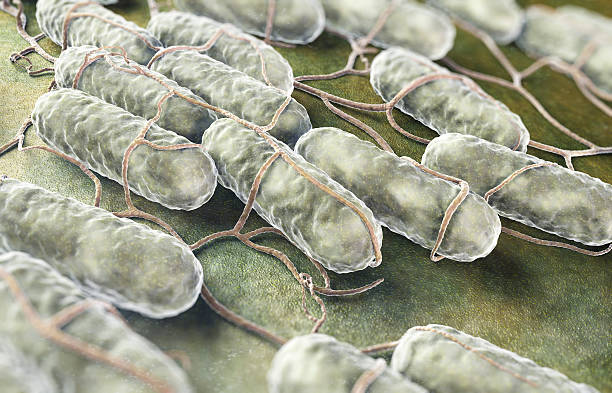 Contents show
1. Salmonella: Germs remain contagious for a long time
2. Salmonella: The higher the bacterial count, the more severe the infection
3. Salmonella: So small and so mean
4. Salmonella: Weakened people are particularly at risk
5. Salmonella cannot be seen with the naked eye
6. Heat kills salmonella
7. Salmonella: How do they get into the egg?

It usually starts all of a sudden with abdominal pain and diarrhea. Sometimes there is also fever, nausea, vomiting, and headaches. Only then does a suspicion arise that salmonella could be involved. But what helps against that?

In Germany alone, around 120,000 infections with salmonella (salmonellosis) occur each year, of which up to 120 are fatal. It is only about the reported cases. According to expert estimates, the number of unreported cases is much higher. Because lighter infections with Salmonella are often understood as “upset stomach” or “mild diarrhea” – as more or less mild discomfort. However, the “stomach ache” often goes away on its own, without a doctor being consulted. A deceptive cure: Even if you feel healthy again for a long time, you can still excrete the dangerous germs and infect other people.

Salmonella: The higher the bacterial count, the more severe the infection

The insidious salmonella can multiply particularly well in summer – if they find a suitable food as a breeding ground. Salmonella like it warm and humid, and under these conditions, they divide and multiply every 20 minutes. Single salmonella becomes 45,000 within five hours. If the germs are kept within limits, our organisms can usually cope with them easily. But even a hardy adult cannot handle more than 100,000 salmonellae without feeling unwell. The higher the number of bacteria, the more severe the course of the disease. In rare cases, salmonellosis leads to complications such as meningitis or kidney failure.

Salmonella: So small and so mean

Until 1990, the relatively “harmless” Salmonella of the Typhimurium type led the list of pathogens. In the meantime, however, most of all reported salmonellosis cases are caused by the Enteritidis type. These germs have proven to be particularly aggressive. With them, even low bacterial counts are enough to trigger severe symptoms. As a study by the World Health Organization (WHO) revealed, some types of salmonella, such as the Typhimurium DT 104 type, have now developed resistance to conventional antibiotics.

This makes them many times deadlier than all previously known salmonella strains. The main reason for this worrying development is that chickens and livestock (and therefore the germs they carry) are already used to antibiotics, as these agents are routinely used in industrial factory farming to prevent disease and to aid fattening.

But it also depends on who eats the bacteria. In people with reduced gastric acid production, more salmonella reach the intestines, where they wreak havoc. Children, pregnant women, the sick, the elderly, and people with weakened immune systems are particularly susceptible. Less than 100 germs can trigger an infection in them.

Salmonella cannot be seen with the naked eye

The most insidious thing about salmonella is that the food appears harmless despite the excessive bacterial load because the pathogens cannot be seen, smelled, or tasted. The most common sources of salmonella infection are poultry, pork, seafood, and eggs. The danger in meat and poultry can be controlled insofar as a steak or chicken is usually eaten grilled or roasted – i.e. salmonella-free, provided the meat meal has been well cooked, i.e. at least 10 minutes at over 70 degrees.

Anything that has been thoroughly heated is safe, even if the salmonella has already exploded before use. Scrambled eggs, fried eggs, and breakfast eggs are no problem – as long as the yolk is hard. But the risk of ground beef and tartare can also be reduced by keeping the food cool and processing it as quickly as possible.

Much more risky are dishes prepared with raw eggs, for example, homemade mayonnaise or tiramisu. What makes eggs so dangerous is that salmonella multiplies at a rapid rate outside of the refrigerator or stove. Her favorite temperature is between 20 and 42 degrees. The only thing you can do to prevent this is to use very fresh eggs and keep the food as cool as possible and only for a short time.

Salmonella: How do they get into the egg?

The transmission routes of salmonella have now been elucidated. The poultry ingests the pathogens with contaminated feed. The pathogens either get directly through the bloodstream into the egg yolk, or they migrate via the cloaca through hairline cracks in the eggshell to the albumen.

In order to avert this danger, the legislature passed the chicken egg salmonella regulation in 1994. This stipulates that eggs can only be offered unrefrigerated up to the 18th day after laying. And since then, stricter regulations have been applied to the handling of eggs in canteen kitchens. 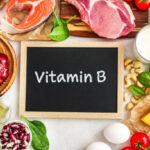 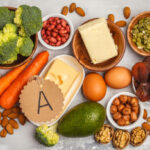