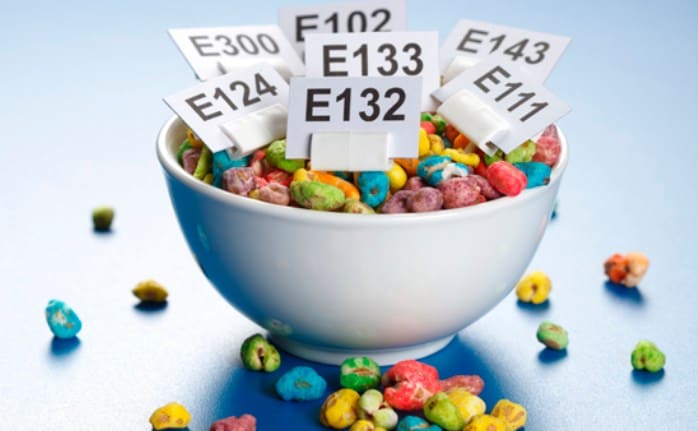 Contents show
1. Glutamate: a neurotoxin
2. Aluminum could trigger Alzheimer’s
3. ADHD from glutamate
4. Glutamate as a trigger of obesity
5. Citric acid as a preservative
6. Aspartame can cause cancer
7. Sulfurized products are poison for our intestines

Food additives such as flavor enhancer glutamate, sweeteners, aromas, thickeners, or preservatives are common ingredients in finished products. Some of these substances are harmful in the long term. But even if they – in the best case – have no effect on health at all, they are only in the products to spice up the mostly inferior raw materials.

Glutamate is said to act as a neurotoxin in higher concentrations. Researchers suspect that glutamate is significantly involved in the development of Alzheimer’s, Parkinson’s, and multiple sclerosis. Our brain is normally protected from the ingress of toxic substances by the blood-brain barrier. However, some substances – most notably glutamate and citric acid – can penetrate this natural protective mechanism.

Glutamate and citric acid are also able to transport toxic substances such as aluminum or other chemical additives into the brain. Both substances, therefore, play an important role in the development of Alzheimer’s.

Aluminum can be ingested both through contaminated food (e.g. normal salt contains a lot of aluminum sulfate) and through packaging such as aluminum beverage cans (coke, beer, water), soup cans, and other aluminum cans. But cosmetics also contain considerable amounts of aluminum, such as roll-on deodorants or deodorant sprays.

The blood-brain barrier is even more permeable in children than in adults. With them, pollutants penetrate the brain much more easily and can trigger stomach pain, high blood pressure, migraines, or ADHD.

The World Health Organization (WHO) confirmed that diet is a risk factor for increasing hyperactivity and aggressiveness in children and adolescents. Studies show that children became calmer and showed significant improvements in school performance after making sensible changes to their diet.

Glutamate as a trigger of obesity

Various scientists attribute the weight problems of many people to excessive glutamate consumption. Glutamate stimulates growth control in the brain and at the same time creates an artificial feeling of hunger.

Citric acid as a preservative

Artificial citric acid is used as a preservative in many industrial foods. Citric acid is said to be able to transport aluminum into the brain and also to be massively eliminated the development of tooth damage.

Aspartame can cause cancer

Scientists attribute nerve cell-damaging effects to the sweetener aspartame. It is said to be involved in the development of Alzheimer’s. A toxicologist from the University of Kiel has shown that aspartame can be involved in the development of cancer. Scientists have listed the substances formaldehyde and methanol as toxic decomposition products of aspartame, which can lead to serious health problems.

Some studies even show that there is a connection between the increased consumption of aspartame and the occurrence of brain tumors. The relevant studies can be found in our text on aspartame.

Sulfurized products are poison for our intestines

There are species of bacteria that feed on sulfur. Sulfur is used in the food industry to produce wine, dried fruit, or mashed potatoes. Aggressive sulfur bacteria nest in the intestines with appropriate nutrition. Since they are able to eat away at steel, it is easy for them to also damage the intestinal walls and puncture them bit by bit. Some researchers see it as the main cause of numerous intestinal diseases. 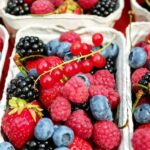 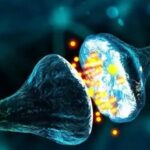