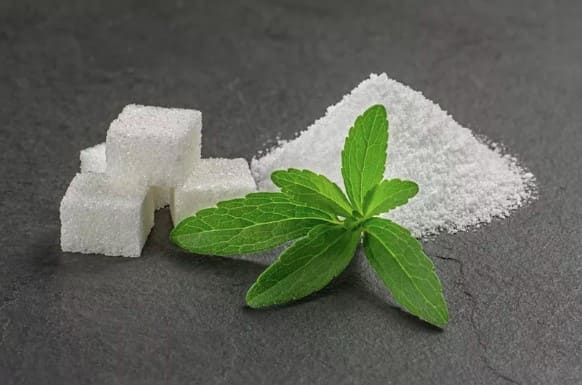 Contents show
1. Sweet but healthy
2. With stevia, you lose weight
3. Stevia lowers blood sugar levels
4. Teeth are safe with stevia
5. Does stevia lower blood pressure?
6. Monsanto-funded stevia study
7. Stevia in the EU
8. Stevia in the sights of the sweetener companies
9. Stevioside or Rebiana?
10. How best to use Stevia

Stevia is a sweet-tasting plant from South America that is processed into a healthy sweetener in many countries around the world. It contains neither calories nor sugar, regulates blood sugar levels, protects teeth from tooth decay, and is said to lower blood pressure.

One of mankind’s main preoccupations is the search for foods that taste sweet but should not make you fat. It would also be useful if these sweet but low-calorie foods were easy on the teeth and left the blood sugar levels nice and well-behaved. Of course, they should not make you ill even if consumed regularly but should have a positive effect on general health like the sweetener from stevia.

There are now many sweeteners and sugar substitutes, but none is as natural and at the same time as beneficial for our health as stevia (Stevia rebaudiana).

With stevia, you lose weight

If you want to lose weight, then it is well known that on the one hand, you need to eat fewer calories and on the other hand, you burn more calories than you take in. Easier said than done, right? But if the first part of this tip can be implemented, then the second part is not that difficult.

So what is the best and, above all, the healthiest way to reduce the daily number of calories (in terms of the choice of sweetener)? With stevia. The healthy stevia plant contains practically no calories. For this reason, it has been popular as a sweetener in Japan since the 1970s and accounts for 40 percent of the sweetener market there.

Last but not least, losing weight with stevia works so smoothly because the plant does not affect the blood sugar level. Just maintaining a stable blood sugar level can already show many people the way to a healthy weight. WebMD.com reports studies showing that 1000 milligrams of stevioside could lower blood sugar by 18 percent.

Teeth are safe with stevia

Sugar isn’t exactly the best thing for our teeth. Anyone who was not lucky enough to inherit strong teeth will have long since found a good acquaintance in their dentist with a sugary diet. Even laborious dental hygiene measures can hardly stop the tooth decay that sooner or later sets in as a result of sugar consumption. The average sugar consumption in Germany is around 35 to 40 kilograms per year, in Switzerland and the USA it is almost double that.

Remember that “sugar” doesn’t just mean the sugar that you put in your coffee or cake batter, but also the sugar that’s in the cocoa drink, the jam, the Nutella, the breakfast cereal, the biscuit, the candy bar… and in juices or soft drinks as well as all the sugar that is in your ketchup, in salad dressing, in some sausage delicacies, in chips, in mayo, in tomato sauces, in ready-made soups, spice mixtures, pickles and in many other foods – that is in foods that hardly anyone can see that they could have anything to do with sugar.

Now imagine if you could replace just some of that sugar with a healthy sweetener like stevia, what relief it would bring to your teeth? Stevia is not only considered to be anti-caries (inhibiting tooth decay) but is also said to prevent the development of plaque (tartar).

WebMD.com writes of research suggesting that stevia can lower high blood pressure at doses of 750 to 1500 milligrams of stevioside per day. News channel CNN recently reported that researchers linked high consumption of fructose (another industrial sugar hidden in many foods) to a 30 percent increased risk of high blood pressure.

In fact, all you have to do is drink 2 1/2 cans or more of any sugar or fructose-sweetened soda a day and you’ll increase your risk of high blood pressure by that percentage. Assuming you would change your eating and drinking habits on your own and only sweeten your coffee, tea, homemade lemonade, or desserts with stevia in the future, then you could see a much better future for your blood pressure.

Stevia is therefore a plant that can sweeten food and at the same time serve human health – which is known to be a very unusual combination. Nevertheless, stevia was banned for use in food in the EU for decades.

The reason for this is said to have been a highly controversial study on rats that had been fed unrealistic overdoses of extracted stevia sweeteners and had subsequently shown DNA changes. Controversial not least because the study was said to have been personally financed by the then-aspartame manufacturer Monsanto.

Stevia was then rejected by the European Commission as a novel food – completely regardless of the fact that stevia had been consumed without harm in many other countries around the world for decades.

However, it was probably nobody’s concern to find a healthy sweetener for all people in this world, but rather to secure the sweetener market for aspartame and co and to eliminate every potential competing product in advance.

Stevia in the EU

Of course, stevia was also available in the EU at the time of the ban. However, since the healthy sweetener could not be sold under the term “food”, it had to be declared differently, for example as “Stevia for the production of cosmetics”, as a “bath additive” or as a “dentifrice” – although it was of course available in the purest food quality.

Stevia in the sights of the sweetener companies

The patents for many synthetic sweeteners have now expired and China supplies them at rock-bottom prices. The large corporations are therefore looking for more profitable projects and are targeting Stevia. However, a plant cannot be patented.

However, certain methods with which certain substances can be extracted from the plant and the substances themselves that have been treated in a special (chemical) way can very well be patented. And so Coca-Cola has already filed 24 patents on chemically treated sweeteners made from Stevia. The new Coca-Cola sweetener is called Rebiana and is to be or is already being mixed into various Coca-Cola products.

However, while the stevia sweetener stevioside, which has been used in Japan for decades, offers the health benefits mentioned, on the one hand, there are no meaningful studies for Rebiana, while on the other hand, the few studies available show that Rebiana does not appear to have a positive effect on blood pressure.

So it’s not just a matter of just using any stevia product, but also WHICH of the many sweeteners are made from stevia you use. If you want to be on the safe side, choose the natural variant, namely either the dried or powdered plant (ideal for teas, lemonades, and smoothies) or a natural stevia extract from the whole leaf of the plant.

How best to use Stevia

There are many foods you eat every day that you can sweeten with stevia instead of synthetic sweeteners or sugar substitutes. For example, homemade tomato sauces can easily get the desired sweet note with stevia.

Or squeeze some lemon juice into a glass of water and add a dash of stevia to the liquid for a refreshing, yet sugar-free, low-calorie lemonade.

Smoothies are also a great idea if you fancy sweet drinks but want to avoid sugar. Smoothies also fill you up and provide you with a variety of wonderful vital substances, so that hunger attacks or binge eating can be prevented in a healthy way.

If you want to bake with stevia, then you should stick to recipes that have been specifically designed to use stevia. There are recipes with stevia in the relevant literature or on the relevant stevia websites.

Another healthy sweetener can be made from monk fruit. It is also called Luo Han Guo and is an ancient remedy for diabetes in traditional Chinese medicine. 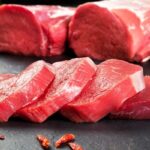 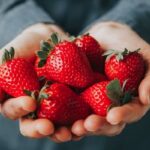