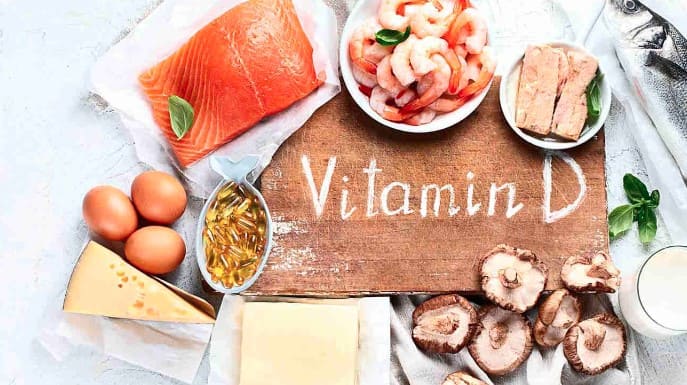 The experts at Stiftung Warentest – and many mainstream media – regularly warn against taking vitamin D supplements. We look at the arguments.

Vitamin D is the so-called sun vitamin, which the human organism can produce independently in the skin with the help of solar radiation (UVB radiation) – up to 10,000 IU of vitamin D per day or more. The vitamin D level cannot be completely covered by nutrition. You would have to eat a lot of fish or offal. Consequently, many people prefer to supplement with vitamin D.

In the spring of 2018, however, Stiftung Warentest issued a warning about vitamin D supplements – once again. Because in April 2016 she had already strongly advised against vitamin D preparations. You take too high doses, with “high doses” corresponding to 1,000 to 2,000 IU per day – and thus doses that, according to recent findings, in the case of an actual vitamin D deficiency, are often not even sufficient to remedy this deficiency at all be able.

Worse still: Vitamin D preparations should not contain more than 800 IU, according to the recommendation of the Federal Office for Consumer Protection and Food Safety BVL and the Federal Institute for Drugs and Medical Devices BfArM. 800 IU, however, is so little that you can almost save yourself the intake.

The publication from April 2018 read that a vitamin D blood level of 50 nmol/l is recommended, which corresponds to 20 ng/ml. According to the Stiftung Warentest experts, 60 percent of Germans do not reach this value, but correspondingly lower values ​​are by no means synonymous with a “defect that needs to be treated”.

Officially, you only suffer from a vitamin deficiency when you develop corresponding symptoms. In the case of vitamin D, deficiency symptoms develop at values ​​below 12.5 nmol/l (= 5 ng/ml). Then you suffer from bone diseases such as osteomalacia and rickets – according to Stiftung Warentest, which, by the way, only ever writes what you can find on the Robert Koch Institute website so it is questionable whether there are any “experts” at all.

Is prevention a foreign word for Stiftung Warentest?

So now – if you are seriously ill – you can apparently also make preparations. Prevention therefore still seems to be a foreign concept in some institutions. Although it is then admitted that “at slightly higher values ​​than the specified 5 ng/ml, an unfavorable effect on bone health can often (!) be demonstrated”, this does not seem to worry Stiftung Warentest particularly, and certainly not to initiate a preventive vitamin D intake recommendation.

Actually, we could end the article at this point, because of course there can be no shortage of Stiftung Warentest and its experts if extremely low values ​​are still described as healthy and “not in need of treatment”. Giving someone vitamin D only when they develop deficiency symptoms is almost borderline on willful bodily harm. Even officially, values ​​of 10 ng/ml are considered deficiencies.

Stiftung Warentest cites a study from 2016 (University Hospital Zurich) to support its vitamin D warning, according to which taking vitamin D for a year could not protect old people from falls, yes, those who had the highest falls after taking vitamin D Scores achieved also had a higher risk of falling. Vitamin D was administered to the participants in this study because, among other things, it is important for strength, flexibility, and balance.

However, it can take up to two years for some measures to have an effect on bone health, especially in older people, so results after just one year cannot be considered final.

There was also no placebo group that could have shown how people would have fared without vitamin D administration. Also, maybe the dose wasn’t high enough.

Other criticisms include noting that the participants in the group with the more frequent falls also suffered from sarcopenia (muscle wasting) and were therefore at a higher risk of falling for this reason alone.

In the study mentioned, the subjects received only vitamin D. All other vital substances (including magnesium and vitamin K2 or silicon, zinc, potassium, and vitamin C) that are required for proper bone and muscle metabolism were not given or checked. However, if patients suffer from a magnesium deficiency, for example, vitamin D does not work.

One should not expect miracles from the supplementation of a single vital substance, not even vitamin D. That is why every aspect is taken into account in a holistic approach – both the optimization of the vital substance supply and other measures, such as e.g. B. balance training, muscle building, healthy nutrition, condition of the intestinal flora, etc. Older people in particular should also be regularly examined for their eyesight and hearing, as restricted functions in these areas very often lead to falls. It is also important to note that many older people take a variety of medications, many of which can contribute to dizziness or similar risks of falling.

So if you only look at vitamin D with blinders on, you will neither be able to help people nor give you the right advice, and you will also not achieve realistic study results.

Other studies show an effect

dr David B. Reuben, the chief physician of geriatrics at the David Geffen School of Medicine in Los Angeles, also draws attention to the largest randomized study to date, in which a preventive effect of vitamin D intake had been shown. In this study, there was a 29 percent reduction in hip fractures, although care was taken to include only those participants in the analysis who actually adhered to the information and consistently supplemented it.

Vitamin D does not protect against chronic diseases

Also – according to Stiftung Warentest – vitamin D probably cannot protect against chronic diseases such as cancer, cardiovascular diseases, high blood pressure, and type 2 diabetes, citing a statement by the German Society for Endocrinology from 2012.

Although we also knew of a study from 2013, according to which the vitamin D supply is closely related to general health (the better one is supplied with vitamin D, the better the state of health), but this is “only to observational studies” – and as is well known, these provided no answer as to whether the vitamin D deficiency was the cause or the consequence of the respective diseases.

Is vitamin D deficiency the cause or the consequence of chronic diseases?

Vitamin D deficiency can therefore be the cause or the consequence of chronic diseases. This means the chances that the deficiency is the cause (or a contributing factor) are 50 percent, which is extremely high. Why on earth should one wait decades until the question (whether cause or effect) is definitely resolved? Why not include the optimization of vitamin D levels in any therapy today? Especially since even Stiftung Warentest writes that “poisoning” with vitamin D is rare.

In addition – as already indicated above – it should be considered that the lack of a single vitamin is rarely the sole cause of a disease. Chronic diseases in particular are always the result of several factors at the same time. It will therefore not be possible to prove that a vitamin D deficiency alone causes this or that disease. The deficiency will always be “only” one contributory cause (of possibly many).

If we recall the low vitamin D levels, which the “experts” at Stiftung Warentest still consider to be flawless and do not require treatment, then it is actually not difficult to achieve these values. Basically, you don’t have to do anything – and you already have a deficiency with values ​​that are officially considered wonderful and healthy.

Proper sunbathing needs to be learned…

The instructions from Stiftung Warentest on how to get enough vitamin D by sunbathing are also so complicated that you no longer know what to do afterward. First of all, it is said that 20 to 30 minutes in the sun per day would be sufficient. This statement alone is ignorant when you look at the weather conditions in Central Europe and the daily routine of many people (who work full-time).

But then it gets really difficult. You should only stay in the sun half the time you would otherwise get sunburned without protection. But that – as one then also admits – is difficult to assess. However, staying in the sun for too long increases the risk of skin cancer. And not just when you get a sunburn. Even “small doses of UV light, long before sunburn occurs, could damage the genetic material and thus promote skin cancer overall.”

Sun protection is more important than vitamin D – according to Stiftung Warentest
So it is recommended to use sunscreen, which you should never do without because of vitamin D production. Then you refer to the in-house sunscreen test, where u. Children’s sun protection products are recommended that contain questionable sun protection filters such as e.g. B. contain octocrylene. These chemicals can enter and build up in the body.

Eating a lot of fish is recommended – despite overfishing and ecological disadvantages
Since some foods contain certain amounts of vitamin D, it is often said that the diet can cover up to 20 percent of the vitamin D requirement. Oily sea fish is particularly rich in vitamin D. That’s why it should be on the menu once or twice a week – according to many supposed experts and of course those of the Stiftung Warentest.

However, in view of today’s overfishing of the seas and environmentally harmful fish farming, such a tip can no longer be given in good conscience (see our article on the fish ecological catastrophe) and here, too, shows a certain ignorance of the corresponding problem. High-fat fish species include herring, salmon, eel, and sardines, all of which are on the Greenpeace Fish Advisory Red List, meaning these fish species are rarely caught or farmed sustainably. In addition, we explain that fish is by no means as healthy as is always claimed in our article Fish: Is it really that healthy?

Stiftung Warentest: Only take vitamin D if your doctor allows it

Finally, the advice is not to take vitamin D supplements on suspicion—a sentiment we share, as finding the right dose for you is only possible once you know your current vitamin D levels. However, experience has shown that you can rarely rely on the doctor (exceptions prove the rule).

Either he prescribes the vitamin D immediately without any test and therefore not in the individually correct dose, or the patient has to pay for the test out of his own pocket because the doctor sees no medical reason for it. The third variant is still the most common: the doctor resists tooth and nail to carry out a test, mostly because he is annoyed by the “vitamin D hype” created by the media. Even if the patient wants to pay for the test himself, it is often difficult to convince the doctor.

In our article on the correct intake of vitamin D, you can read what you can look out for when taking vitamin D correctly in order to rule out side effects or a lack of effect in advance. 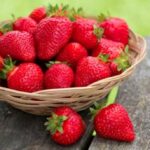 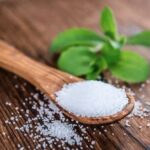