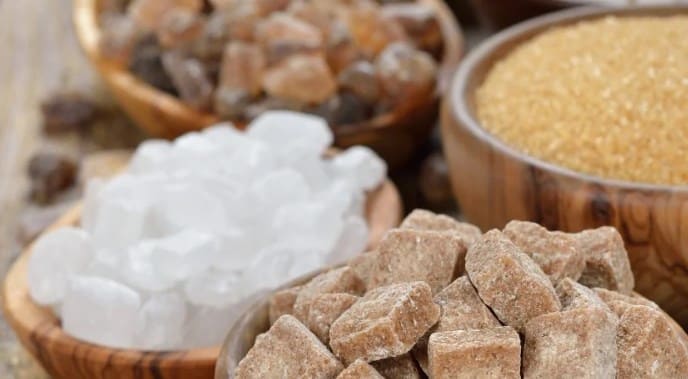 Contents show
1. Too much sugar increases the risk of Alzheimer’s
2. Insulin works differently in the brain than in the body
3. Remember only works with insulin
4. However, one by one:
5. Insulin protects the brain from Alzheimer’s plaques
6. Alzheimer’s is type 3 diabetes
7. Two questions now arise:
8. An important cause of Alzheimer’s: Chronically high insulin levels
9. Sugar causes Alzheimer’s
10. Sugar: a risk factor for Alzheimer’s
11. Prevent Alzheimer’s!

Alzheimer’s disease can apparently be favored by a diet rich in sugar and carbohydrates. Because when the insulin level rises, the changes typical of Alzheimer’s occur in the brain. Alzheimer’s is therefore increasingly referred to as type 3 diabetes.

Too much sugar increases the risk of Alzheimer’s

The higher the insulin level in the body, the better the conditions for Alzheimer’s disease seem to be. Insulin levels rise mainly when large amounts of sugar and other isolated carbohydrates are consumed.

Because insulin is a hormone that is always released when sugar or other carbohydrates arrive in the body, it is responsible for transporting the sugar into the body cells and thus ensuring that the blood sugar level always remains nicely balanced.

Insulin works differently in the brain than in the body

In addition to regulating blood sugar, insulin has other – much less well-known – functions in the body. For example, it promotes the storage of blood fats in the fatty tissue. On the one hand, this is advantageous because it lowers the blood fat level.

On the other hand, a permanently elevated insulin level can of course also lead to obesity. This is because fat cannot be broken down in the presence of high insulin levels.

In the brain, on the other hand, insulin has completely different tasks. Just like other body cells, the brain cells also need sugar to generate energy. But they can absorb the sugar independently of insulin. So you don’t need insulin for this.

Nevertheless, insulin is also highly active in the brain. For example, it is involved in the regulation of the blood-brain barrier and is therefore responsible for ensuring that no pollutants from the bloodstream reach the brain.

Remember only works with insulin

In addition, brain insulin is involved in the communication between nerve and brain cells. If insulin docks onto its receptors in the so-called synaptic cleft (the connection point between two nerve cells), this enables new memories to be created and completely new things to be learned.

With Alzheimer’s disease, however, new memories can no longer be created, the short-term memory is missing. Those affected have wonderful memories of a time twenty years ago, but they often no longer remember what they did and experienced yesterday or five minutes ago.

Could a lack of insulin in the brain, therefore, be the cause of Alzheimer’s and memory lapses? But at the top, we wrote about the fact that a high insulin level can promote Alzheimer’s. So what is correct? Is the problem now hidden in an insulin level that is too low or rather too high?

However, one by one:

It is known that Alzheimer’s patients have low levels of insulin in the brain. So the suspicion arose that insulin could also be involved in the development of the disease.

Research at Northwestern University in Chicago in 2009 found an explanation as to why a lack of insulin in the brain causes memory function to fail in Alzheimer’s disease.

According to scientists, insulin protects the cells in the brain responsible for memories from damage caused by the deposits typical of Alzheimer’s. If insulin is missing, it can no longer contribute to the formation of memories and at the same time, cell protection is lost.

Now the deposits attach themselves to the nerve cells responsible for memories, damaging them with the help of free radicals (which also kill the insulin receptors) and preventing new memories from being stored.

It’s no wonder that Alzheimer’s is often referred to as type 3 diabetes, and it’s no wonder that not only does insulin help with the first symptoms of Alzheimer’s (it gets into the brain via a nasal spray), but also medication that can make the cells more sensitive to insulin again, that weakens insulin resistance.

How did the lack of insulin in the brain come about? And where do the deposits come from, which apparently still seem to be the cause of all evil? There is a single answer to both questions:

It is assumed that both the lack of insulin in the brain and the deposits have one and the same cause: a high insulin level in the rest of the body.

An important cause of Alzheimer’s: Chronically high insulin levels

If there is a chronically elevated insulin level in the body (hyperinsulinemia), the blood-brain barrier is damaged to such an extent that not enough insulin can get into the brain. Insulin deficiency occurs.

If meals with sugar or other isolated carbohydrates are constantly eaten (white flour and sugar products such as pasta and baked goods, sweets, sweet desserts, and sweetened drinks), then the blood sugar level rises first and, as a result, the insulin level. Type 2 diabetes can develop and at some point type 3 diabetes (= Alzheimer’s) can follow.

In a study by the University of Washington, the connection between sugar or insulin and Alzheimer’s should be checked in volunteers. The men and women were between 55 and 81 years old and received a two-hour infusion of insulin and sugar.

This kept your blood sugar levels normal while at the same time building up insulin levels high enough to match those of a diabetic with insulin resistance. A sample of CSF (brain fluid) was then taken from the spinal cord of the participants.

Sugar: a risk factor for Alzheimer’s

Even this short-term increase in insulin levels had an enormous impact on the subjects’ brains:

In this study, the insulin levels of the study participants were artificially increased for only two hours. However, many people cause insulin levels to be too high for many hours every day – namely when they eat carbohydrate-rich foods every day, do not exercise, and lead a stressful lifestyle.

We also recently reported on how a diet high in sugar and fat can impair brain health, even through negative influences on intestinal flora. Sugar or isolated carbohydrates can lead to Alzheimer’s, forgetfulness, and memory gaps in several ways. Better not let it get that far. 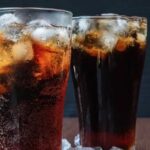 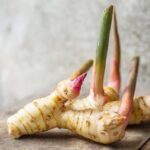