People who drink tea significantly reduce their risk of dying prematurely. This is shown by a recently published study. The research team mainly examined the health effects of tea and coffee on human health and found astonishing results.

For the French study by the European Society of Cardiology, the researchers examined more than 130,000 people aged 18 to 95. The subjects were divided into tea and coffee drinkers.

You live healthier with tea

The researchers show a very clear “survival advantage” for tea drinkers. According to this, they have a 24 percent lower risk of dying prematurely, especially with regard to so-called “non-cardiovascular mortality” – i.e. all diseases that are not related to a heart or circulatory disease. In general, as Professor Nicolas Danchin explains, “tea drinkers live much healthier lives”.

The results relate to a time-limited recording period. Accordingly, the researchers assume that the positive health effect of tea would continue to increase over a longer period of study.

“Tea has many antioxidants, which means survival benefits for us,” explains Professor Nicolas Danchin. In addition, “tea drinkers also generally have a healthier lifestyle.” A particularly striking phenomenon is that the test subjects who drink tea are more physically active – the more tea a person drinks, the more he moves in everyday life. 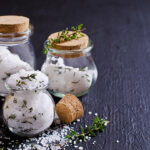 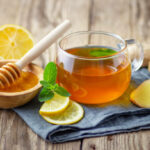