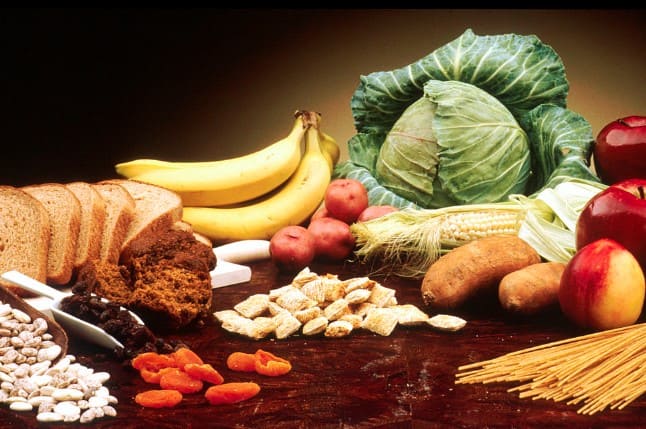 Contents show
1. Fiber is found only in plant foods
2. Fiber has calories
3. Dietary fiber: health effects
4. The three fiber groups
5. Soluble Fiber
6. This is how much fiber you should eat every day
7. Fiber for higher bone density
8. Dietary fiber for cancer prevention
9. Side effects and disadvantages of dietary fiber
10. Fiber and bloating
11. Fiber and diverticula
12. Fiber and anti-nutrients
13. Fiber and detoxification
14. Dietary fibers are not only recommended for ruminants

Fiber is found only in plant foods

Dietary fiber has come to be called dietary fiber because many people associate the term “dietary fiber” with something negative that you want to avoid since dietary fiber is something very positive. These are the indigestible parts of plant foods. We, humans, have neither an enzyme for digesting roughage nor suitable transport mechanisms with which roughage could be absorbed. They are therefore excreted almost unchanged with the stool. Only some intestinal bacteria can use some fiber to a certain extent.

Dietary fibers are found almost exclusively in plant-based foods – in fruits, vegetables, grain products, legumes, and nuts. Animal foods, on the other hand, are nearly fiber-free. There are now many dietary supplements with fiber, e.g. B. inulin, beta-glucan, or pectin. Dietary fibers are also used as food additives, e.g. B. for gelling (pectin), thickening (gellan), etc.

For a long time, dietary fiber was considered calorie-free. Because it was assumed that they were indigestible, i.e. they passed through the digestive tract and were excreted completely unchanged with the stool.

But then it was discovered that certain intestinal bacteria metabolize some fiber, producing fatty acids that can then be reabsorbed by the body and provide it with energy – namely 2 kcal per gram of fiber.

However, the extent to which fiber can be utilized depends very much on the composition of the personal intestinal flora.

Dietary fiber is considered an important component of a healthy diet as it has numerous positive health effects:

Soluble fiber dissolves in water and swells to many times its original volume. During this process, they form a more or less slimy gel. Soluble dietary fibers are fermented by the bacteria in the intestinal flora and are therefore considered to be prebiotically active. They provide the intestinal flora with food and thus ensure that it thrives.

Soluble dietary fibers are, for example, pectin, beta-glucan, agar, or mucus polysaccharides (mucilage). However, there is also insoluble mucilage (pentosans).

These dietary fibers include the fructans, e.g. B. the inulin, and the so-called. FOS (fructooligosaccharides). They are now also available as dietary supplements or are added to some foods as an additive in order to be able to advertise them as particularly healthy.

These dietary fibers are called fructans because they consist of fructose chains. The human digestive system cannot split these chains because it lacks the necessary enzymes.

This is how much fiber you should eat every day

The German Society for Nutrition recommends that adults consume at least 30 g of fiber per day, which the DGE, unfortunately, does not achieve since only between 23 and 25 g of fiber is generally eaten.

The US dietary guidelines, on the other hand, sound much more individual. One should consume 14 g of fiber per 1000 kcal.

Basically, no one needs to count dietary fiber if they eat a healthy and wholesome diet, if they make vegetables, salads, and fruit their staple foods and eat them with side dishes made from grain (wholemeal bread, wholemeal pasta, millet, brown rice) or pseudo-cereals (quinoa, buckwheat), Served with legumes, nuts, and seeds.

Even if you should not reach the supposedly required 30 g of fiber with this diet, e.g. B. if you generally don’t eat that much, then you will not suffer any health problems because the fiber content is not the only criterion for a healthy diet. Much more important is the presence of ALL the necessary nutrients and vital substances in a natural combination.

Otherwise, it would be enough if you simply eat 60g of wheat bran daily (to eat 30g of fiber) and otherwise live on pie, steak, and toast with Nutella (which of course is not recommended).

It is said again and again that roughage would inhibit the absorption of minerals, e.g. B. of calcium and magnesium, both of which are so important for the bones. So, basically, a high-fiber diet should result in poor bone health.

In April 2017, an investigation was published that showed that this was not the case. Bone density was measured in 653 men and 843 women and found that a high-fiber diet protected men from age-related bone loss. In women, no influence of dietary fiber on bone density could be determined, i.e. neither a protective nor a damaging one.

A very recent overview study was published in the journal Cancer in the spring of 2020, showing that women are less likely to develop breast cancer if they eat a diet rich in fiber. Researchers from Harvard University analyzed all twenty observational studies available on this topic and found that soluble fiber in particular could reduce the risk of breast cancer.

A 2016 study had already found that a high-fiber diet at a young age could reduce the later risk of breast cancer.

The risk of colon cancer, prostate cancer, and other forms of cancer also decreases if you pay attention to a high-fiber diet – which is also always very rich in vital substances and antioxidants and thus not only provides fiber but also many more anti-cancer substances.

Side effects and disadvantages of dietary fiber

Of course, dietary fiber also has its critics, who claim that dietary fiber is hardly necessary at all. And if you do, the dietary fibers that are found in white bread, for example, are completely sufficient. Fruit usually even has less fiber than a white flour product.

The table also shows that a wheat roll provides 3.4 g of dietary fiber per 100 g, but an apple only 2.3 g per 100 g. Here, too, food is reduced to a single ingredient, which is by no means sensible.

It is just as meaningless to compare a bun with a piece of fruit. Because if you want to eat a roll, you want a roll, and don’t eat an apple. It is therefore better to compare the conventional roll with a high-quality wholemeal roll/wholemeal bread. It quickly turns out that this is not only superior in terms of fiber, but also in terms of vitamins, minerals, and antioxidants.

Dietary fibers can lead to flatulence, but usually only if

When it comes to intolerance, however, it is questionable whether it makes sense to further reduce dietary fiber (and thus numerous foods rich in vital substances) or whether it would be better to tackle the problem at the root and e.g. B. carry out an intestinal cleansing and implements other measures in order to overcome the limiting intolerance as soon as possible.

Of course, if you already have diverticulosis and suffer from excessive gas formation when eating high-fiber foods, then a low-FODMAP diet is a better idea, to begin with. FODMAPs are certain high-fiber foods that are particularly common in causing stomach pain and bloating, such as onions, mushrooms, apples, dried fruit, dairy products, legumes, etc.

On the other hand, a 2019 study using data from over 50,000 women found that fruits (apples, pears, plums) and grain products can reduce the risk of diverticulitis. As is so often the case, it is advisable to proceed individually and to eat in a way that best suits your personal situation.

A popular argument against high-fiber diets is that some fiber contains anti-nutrients. They are made by plants to ward off predators. Substances of this type are extremely harmful and damage both the intestinal mucosa and the immune system – this is what can be read on Wikipedia, whereby the only source given is a book by food chemist Udo Pollmer, an author who fundamentally criticizes everything that doesn’t look like sausages and fries.

We have already written extensively on the subject of anti-nutrients and invalidated the respective arguments about their harmfulness, especially since it has long been known that the supposed “anti-nutrients” also have positive health effects.

In an SWR contribution from the series Subject: What are we allowed to eat? from November 7th, 2018 Dr. Christina Breisselband from the DGE just made it unbelievable because she dared to say that dietary fiber is responsible for detoxification in the intestine, which is summed up as “esoteric vocabulary”.

A doctor named Andreas Fritsche was allowed to comment on the DGE statement at the time and of course said, swimming in the wake of conventional medicine: “Those are old ideas, this purification theory, it’s not all right. […] There is no scientific evidence to do anything about our health through nutrition.”

But the detoxifying properties of the fiber are mentioned in almost every scientific paper (when it comes to fiber). So it seems to have been clear for a long time that the plant fibers automatically absorb toxins, metabolic waste products, bile acids, etc. on their way through the intestines and excrete them with the stool – see also above, where we refer to our pectin refer to an article explaining the detoxifying properties of pectin, a fiber found in apples and other fruits).

Perhaps Ms. Breisselband should have simply avoided the word “detoxification” and thus the red rag for the medical mainstream. If she had instead said that fiber reduces the absorption of some heavy metals and other undesirable substances in the intestine, the derogatory remarks would certainly not have happened.

Dietary fibers are not only recommended for ruminants

It is sometimes said that fiber is the ideal food for ruminants, since they have both the right teeth and the right digestive system to be able to use plant-based fiber in the first place, but not for humans, since it is well known that they do not chew the cud for hours after meals lie on the meadow.

In fact, humans are not ruminants. Therefore, compared to cattle, he hardly ever eats bushes, tree bark, twigs, and hay. Therefore, when we talk about dietary fiber, we are not talking about the plant-based diet of a ruminant, but about vegetables, fruit, nuts, etc.

Furthermore, we do not eat fiber to digest it, as ruminants do thanks to their rumen and the microorganisms that live in it, but to stimulate our intestinal peristalsis, cleanse the intestines regularly, and do our intestinal flora a favor. 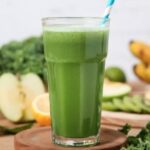 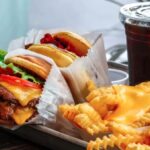