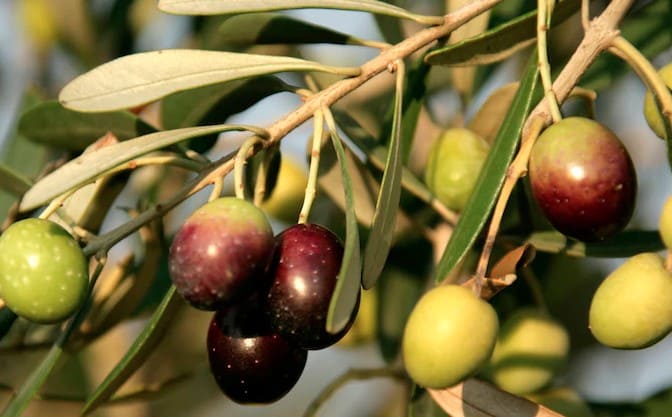 Olive leaf extract from trees of the biblical age

The olive tree has been cultivated since the 4th millennium BC. used by humans. Its olives are mainly as food, and the olive leaves (as tea) as medicinal.

The olive leaf extract, on the other hand, only found its way into naturopathy at a late stage, but thanks to its higher active ingredient content, it has a more pronounced effect.

The mere fact that olive trees can be well over 1000 years old and that in regions with little rain and long dry seasons shows the power that is in the gnarled trees. If the soil allows it, the roots of the olive tree can descend up to 6 meters so that the last bits of water can be absorbed and transported to the leaves and fruit.

The life force and life energy of such an imposing tree are also transferred to its fruits and leaves and ultimately – according to folk medicine – also to those who eat the fruits and leaves.

The fruits can be enjoyed as olives or olive oil. The olive leaves, on the other hand, are drunk in the form of an olive leaf tea, or the concentrated olive leaf extract is taken in capsule or liquid form.

In folk medicine, many different diseases have been treated with olive leaves for thousands of years. The ancient Greeks and Romans as well as the other Mediterranean peoples considered olive leaves to have a permanent place in the range of medicinal products.

Hildegard von Bingen also had a special appreciation for these sheets. Apparently, among other things, she was very successful in treating ailments of the digestive system with a tea made from olive leaves. This tastes very tart and bitter, which is why taking an extract is much more pleasant.

If you still want to try the olive leaf tea, you can prepare it as follows:

Preparation of an olive leaf tea

Pour 250 ml of boiling water over 1 tablespoon of olive leaves (fresh or dried, preferably crushed) and leave covered. Strain after about 20 minutes and drink three servings throughout the day.

The longer the tea steeps, the stronger its effect; At the same time, however, it also becomes more bitter in taste, which is why it is always recommended to mix it with lemon juice, water, or fruit juice. Experience has shown that drinking in the evening has a relaxing effect and can be helpful for insomnia.

The dried olive leaves are available in tea or herbal shops.

Not to be compared with the effect of olive oil

Olive leaves and thus the olive leaf extract have a completely different effect on our health than olive oil. The latter works in particular through the properties of the monounsaturated fatty acids, while the olive leaf extract consists of highly concentrated polyphenols and other plant substances, e.g. B. oleuropein, hydroxytyrosol, flavonoids, phytosterols, glycosides, and terpenes.

Oleuropein is a powerful antioxidant that is found in all plant parts of the olive tree – in the root, bark, fruit, and leaf. However, the highest proportion can be found in olive leaves. While olives contain between 4 and 350 mg of oleuropein per 100 g of olives, liquid olive leaf extracts can contain between 800 and 950 mg per 100 ml. Some manufacturers indicate higher levels of up to 2200 mg per 100 ml.

The Effects of Olive Leaf Extract

The overall health effects of the olive leaf extract are based on the interaction of its numerous healing ingredients. They act synergistically and thus increase their effectiveness.

As a result, the olive leaf extract is used in naturopathy as follows:

Oleuropein ensures the survival of the olive tree by protecting it from free radical damage as well as damage that would otherwise be caused by insect damage, bacteria, viruses, and fungi. The high proportion of oleuropein increases the resistance of the olive tree so much that it is able to reach its old age in the first place.

It remains to be seen whether this high life expectancy can also be transferred to humans. In any case, cell studies showed that the olive leaf extract could extend the life of the cell.

Oleuropein can also restart the self-cleaning process in the cell (autophagy). However, a lack of autophagy has been demonstrated in Alzheimer’s disease in particular, which means that toxins can accumulate in the cells. In a 2018 study from Spain, brain samples from Alzheimer’s patients showed that oleuropein is able to initiate autophagy, which could possibly trigger a healing process.

Digestive problems, for example, can be caused by bacteria, parasites, or fungi (Candida). Some digestive problems are also associated with inflammation of the intestinal mucosa.

In such cases, the olive leaf extract creates the wrong bacteria from the digestive system – and in this way enables the regeneration of healthy intestinal flora. In addition, the olive leaf extract – together with other holistic anti-fungal and anti-parasitic measures – drives out candida fungi and parasites and also has an anti-inflammatory effect.

The olive leaf extract can therefore be used very well for problems with the digestive system or as an accompaniment to intestinal cleansing.

Due to its antibacterial and antifungal (antifungal) effect, olive leaf extract could also be useful for problems in the urogenital tract (urinary tract and genitals), such as. B. with frequent bladder infections or vaginal yeast infections. However, the specific use of the remedy should be discussed with a naturopathic doctor or naturopath.

When it comes to colds and flu-like infections, bacteria are often involved in addition to viruses. The olive leaf extract is effective against both types of pathogens and can therefore noticeably relieve the immune system and thus prevent possible infection, especially in times when respiratory infections are rampant. If the infection is already there, experience has shown that the olive leaf extract can reduce the intensity of the disease and shorten the healing phase.

The University of Auckland found that an olive leaf extract (containing 100 mg of oleuropein daily) reduced the number of sick days in athletes (students) when they developed respiratory infections.

Cardiovascular diseases are usually caused by chronic inflammation that spreads to the blood vessel walls, causing tiny injuries there and consequently deposits, e.g. resulting from cholesterol.

However, if the inflammation is nipped in the bud, the risk of typical blood vessel changes can also be reduced. Since olive leaf extract has an anti-inflammatory effect, it could play a key role in preventing heart attacks and strokes.

Interested in a delicious homemade shake for a healthy heart? The fruit shake for your heart

The first human studies on the effect of high blood pressure are already available. In a Swiss study (from 2008) of identical twins with mildly elevated blood pressure, subjects were given either 500 or 1000 mg of an olive leaf extract plus advice on a healthier lifestyle for eight weeks.

With the lower dosage, the values ​​fell only slightly, in the control group they remained unchanged or even increased slightly.

In 2017, the University of Reading, UK, conducted a double-blind study with 60 male subjects suffering from pre-hypertensive hypertension (121-140 mmHg systolic and 81-90 diastolic). They received an olive leaf extract containing 136 mg oleuropein (and 6 mg hydroxytyrosol) or a placebo for 6 weeks.

Taking the olive leaf extract led to significantly improved blood pressure values ​​compared to the placebo preparation. The systolic value fell by an average of almost 4 mmHg, and the diastolic value by around 3 mmHg (daily values). The total cholesterol, LDL cholesterol and triglycerides were also reduced in the test persons thanks to olive leaf extract, as were the values ​​of the inflammatory marker interleukin-8.

Research has shown that olive leaf extract can protect against DNA damage from X-rays when taken before or after exposure to X-rays. The active ingredients in the extract apparently defuse the incoming ionizing particles so that the organism is better protected from radiation. In the same way, the extract is said to protect the skin from UV radiation from the inside out.

In a review from New Zealand from 2016, however, the researchers write that the anticancer effect in humans has so far only been of anecdotal character, and further studies are required to confirm the previous assumptions or to be able to better assess them.

In a 2012 study in mice, an olive leaf extract was able to significantly reduce swelling and tissue changes caused by arthritis. Olive leaf extract could therefore be considered a potential therapeutic agent for arthritis, the researchers said.

Olive leaf extract can even be the drug of choice for gout. A study by the University of Leipzig revealed that olive leaves contain substances that inhibit the enzyme xanthine oxidase. However, this enzyme promotes the development of gout.

The first scientific evidence was now provided for what traditional folk medicine had known for a long time. Because in Mediterranean regions, olive leaves have been used for gout for centuries.

How to dose the olive leaf extract

Since there have only been a few human studies that could lead to specific dosage recommendations, we recommend dosing the olive leaf extract as suggested by the manufacturer. The dose can vary from manufacturer to manufacturer, which will be due to the different oleuropein content.

From the olive leaf extract capsules from effective nature z. B. You take one capsule up to 3 times a day (each with a glass of water) and in this way you are supplied with 300 mg of oleuropein. Each capsule contains 500 mg extract and 100 mg oleuropein. It is best to start with just one capsule a day and observe the tolerability and effect.

In the case of a Candida infestation, bacterial digestive problems, or the presence of parasites, you could test the tolerance on an empty stomach, because then the extract works better. If diarrhea or nausea sets in, it is better to take the extract after a small meal.

Note: This article contains i.a. Information from empirical medicine. This means that it is not always possible to back up the statements that have been handed down with scientific studies. Where available, we have indicated studies in the source directory. 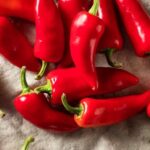 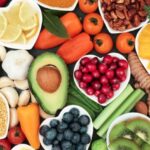