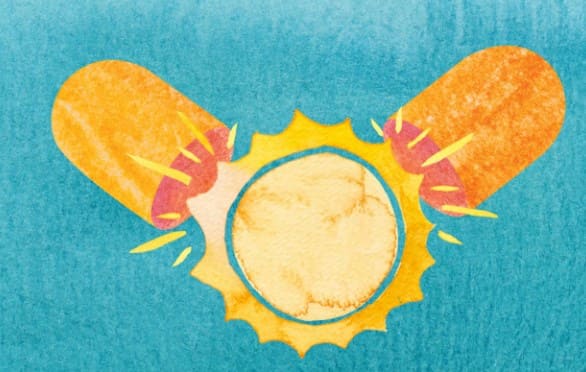 It is highly probable that the vitamin D content of the blood and the cholesterol levels are much more closely related than previously assumed. A study showed that vitamin D deficiency is often associated with increased cholesterol levels and thus also significantly increases the risk of cardiovascular disease.

The metabolic pathways of vitamin D and cholesterol both pass through the liver. The substances even have the same origin: both are formed from 7-dehydrocholesterol.

Vitamin D is actually not a vitamin at all, because the body can produce this substance itself. To do this, it needs UV-B rays, i.e. sunlight. The sun’s rays enable a chemical reaction in the skin so that pre-vitamin D3 can be formed there, the precursor of active vitamin D. Pre-vitamin D3 reaches the liver via the blood, where it is converted into vitamin D.

The intake of vitamin D with food, on the other hand, hardly plays a role, since food contains very little vitamin D and at the same time a multiple of vitamin D is formed in the skin through its own synthesis – of course only when the sun is shining.

For example, while mushrooms and avocados – both of which are relatively vitamin D-rich foods – contain only three or five micrograms of vitamin D per 150 g, the body (with light skin) already produces a hundred times the amount of vitamin after 15 minutes of sun exposure D

Animal foods (fish, eggs, and liver) also contain vitamin D, but they also contain a lot of cholesterol and are therefore usually hardly consumed if you have problems with cholesterol levels.

Cholesterol is essential to life

Although cholesterol has a bad reputation for causing cardiovascular disease when levels in the blood are too high, it is essential to life. That is why our body produces cholesterol itself so that it does not have to rely on external supplies in an emergency.

An adult needs about half a gram to one gram of cholesterol per day, among other things for proper brain function and for building cells. Only about ten percent of the required cholesterol has to be ingested through food.

However, our modern diet is very much fixed on animals and thus on high-cholesterol foods, i.e. on meat, egg, and dairy products. This often leads to an oversupply of cholesterol.

At the same time, an overall suboptimal diet and lifestyle ensure that the human metabolism gets out of balance and either the body’s own cholesterol production increases excessively or the excess cholesterol simply can no longer be broken down. The cholesterol level rises.

It has long been known that a sufficiently high level of vitamin D in the blood prevents heart disease. Scientists at the Sunlight Research Forum, which studies the influence of UV radiation on the human body, have now succeeded in establishing a link between vitamin D and cholesterol levels.

The researchers linked the lifestyle habits of 177 Spanish study participants aged between 18 and 84 to their blood values. It was found that people who regularly spend time in the sun have lower cholesterol levels but higher vitamin D levels.

Conversely, this means that if you have too little vitamin D in your blood, you are more likely to have high cholesterol – and therefore also have a higher risk of a heart attack.

So even with high cholesterol, it is essential to check your vitamin D supply and, if necessary, to supplement it.

Regular sunbathing is essential for the body to be able to produce enough vitamin D.

In central and northern European latitudes, the UV-B radiation required for vitamin D formation only reaches the earth in the summer months.

A vitamin D supplement (at least 1000 IU per day) is therefore particularly advisable in the dark autumn and winter months – and not just for the benefit of your cholesterol level.

Vitamin D is known to have many other extremely positive properties that become noticeable as soon as the vitamin D level rises again. 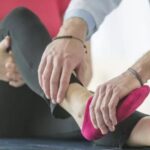 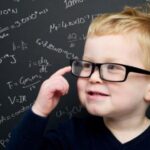