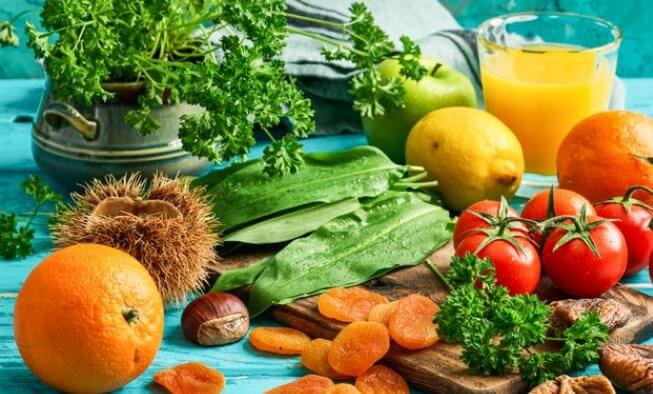 Vitamin D needs vitamin A in order to have the best possible effect. Taking vitamin A at the same time causes the vitamin D level to rise much higher than taking vitamin D alone. The combination of both vitamins was also able to significantly reduce the inflammation levels after a stroke. Brain regeneration was also much better when both vitamins were taken.

It has long been known that vitamin D is best taken with magnesium and vitamin K2. Magnesium enhances the effect of vitamin D – and vitamin K2 ensures proper distribution of calcium, which, thanks to vitamin D, can be absorbed particularly well from the intestine.

In addition, it has been shown that when taking vitamin D, one should also think of vitamin A. It may improve vitamin D bioavailability, according to a randomized, controlled, and single-blinded study from August 2020 (1). It examined the effects of vitamin A and vitamin D in patients who had suffered a stroke.

Strokes are considered to be a major burden – not only for those affected but also for the healthcare system. This often leads to irreversible brain damage, permanent disabilities, and lengthy rehabilitation measures.

Why vitamins for stroke?

People are still looking for medicines and agents that promote regeneration after a stroke and keep damage to the brain to a minimum. Vitamins and minerals are increasingly coming into focus.

Most strokes occur as a result of arteriosclerosis (deposits in the blood vessels/hardened blood vessels) or the resulting thrombosis. An undersupply of vitamin D and vitamin A increases the risk of arteriosclerosis and thus also of a stroke. The following applies: the lower the vitamin A and vitamin D levels, the greater the risk of developing cardiovascular disease.

On the other hand, if you are well supplied with vitamin A and vitamin D, the two vitamins can slow down the development of arteriosclerosis thanks to their anti-inflammatory and antioxidant effects.

Vitamin A in stroke

Vitamin A and its metabolites are involved in protecting the blood-brain barrier, thereby reducing the severity of damage that can result from a stroke.

In 2017, we reported on a study (Vitamin D Repairs Blood Vessels Instantly) in which participants who were already showing signs of hardened arteries took 4,000 IU of vitamin D daily. After 4 months the hardening of the arteries had receded. The linked article describes several mechanisms by which the vitamin protects the arteries.

Study: How vitamin A and vitamin D reinforce each other

In the study from August 2020 mentioned at the beginning, 120 stroke patients took part. They had all suffered an acute ischemic stroke and were diagnosed within 3 days. They were treated with standard stroke medication and received physical therapy.

An ischemic stroke occurs as a result of arteriosclerosis or thrombosis, i.e. due to a blocked blood vessel and not – as in the case of a hemorrhagic stroke – due to cerebral hemorrhage. Most strokes are ischemic in nature.

Do Vitamins Help With Stroke Rehab?

In order to find out whether and how vitamins A and D work in stroke recovery, the participants in this study were divided into 4 groups:

Each remedy was taken for 12 weeks. At the beginning of the study – i.e. at the time of the stroke diagnosis and before the vitamins were taken – an insufficient vitamin D level was found in all patients (average 20.75 ng/ml). The average vitamin A level, on the other hand, was normal (422.9 μg/l).

After three months, the following results were achieved:

Vitamin D promotes the absorption of vitamin A

In the combined group, the vitamin A level had risen significantly more than in the vitamin A group, suggesting that vitamin D promotes the absorption of vitamin A.

Vitamin A promotes the absorption of vitamin D

In the vitamin D group and in the combined group, the vitamin D level had increased significantly. In the other two groups, it had fallen slightly.

The inflammatory messenger interleukin-1 (IL-1) cannot be detected in a healthy brain; only if there is brain damage due to an illness (e.g. stroke). Vitamin D is one of those nutrients that play an important role in strokes because the vitamin down-regulates inflammation, e.g. about its influence on interleukin.

Vitamin A thus seems to clearly support the anti-inflammatory effect of vitamin D here, although it had no corresponding effect on its own.

The National Institutes of Health Stroke Scale (NIHSS) can be used to assess the severity of a stroke. This scale consists of 5 levels:

In the present study, the NIHSS score fell the most in the combined group, showing that giving both vitamins during a stroke is the very best course of action and has the best effect. The detailed results were as follows:

Vitamin D only works optimally with vitamin A

An optimal vitamin D effect seems to be possible only in the presence of vitamin A. The scientists write:

A combination of vitamins A and D reduces arteriosclerosis

Conclusion: Vitamin D is best taken with vitamin A

The high doses of vitamin A mentioned above are not necessary for the prevention or for the daily supply of vitamin D. The usual recommended daily dose of vitamin A of 1 mg is sufficient.

In our tips for optimizing your vitamin D supply, you will find all the information you need to avoid making mistakes when taking vitamin D.

Are Vitamins Enough for Stroke Prevention?

Of course, taking vitamins alone cannot ensure that a stroke is prevented or that a stroke that has occurred can be easily overcome. Many other factors influence the risk of arteriosclerosis and stroke as well as the course of rehabilitation after a stroke, e.g. B. the general constitution, nutrition, physical training, etc. Always think holistically and integrate as many protective measures into your prevention or therapy concept as possible.

Since it is repeatedly said that smokers should not take beta-carotene because it could increase their risk of lung cancer, we would like to take this opportunity to return to our article Does beta-carotene cause lung cancer? point out that smoking alone is a significant risk factor for stroke and other cardiovascular diseases. So if you are a smoker, your first and most important task is to stop smoking. Here you will find holistic ways out of addiction.

Can you get vitamin A from food?

Plant-based foods do not contain vitamin A but do contain the vitamin A precursor beta-carotene. From this, the organism can produce the amount of vitamin A it needs itself so an overdose of vitamin A is not possible in this case (it is with animal foods).

However, sufficient beta-carotene must be ingested, since about 6 to 12 mg of beta-carotene is required for 1 mg of vitamin A, i.e. 6 to 12 times the amount.

Beta-carotene is particularly found in dark green and orange vegetables (pumpkin, kale, spinach, lamb’s lettuce, red peppers, savoy cabbage, and carrots). 100 g of carrots, which are among the best sources of beta-carotene, contain around 8 mg of beta-carotene. However, the bioavailability of beta-carotene from carrots (and other vegetables) varies greatly. It can be as little as 3 percent, but with the right preparation, it can also rise to 45 percent. Read our article about carrots on how to properly prepare the vegetable. 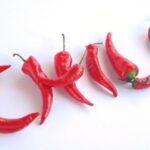 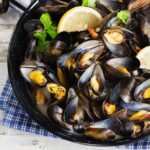