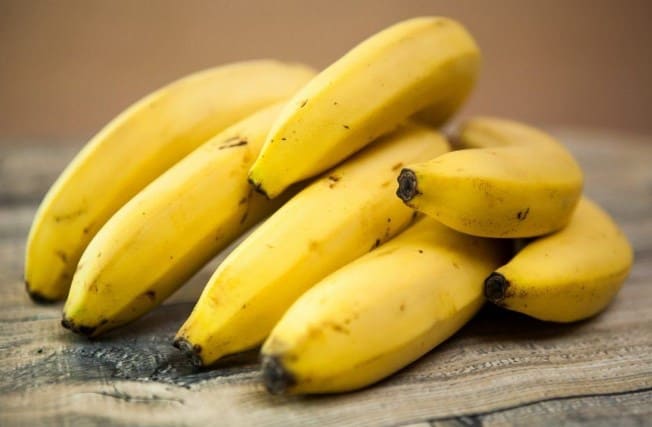 Contents show
1. Where do our bananas come from?
2. United Fruit Company: Ruthless greed for profit
3. Why do we only eat one type of banana?
4. Banana trade under the sign of neo-colonialism
5. Banana plantations: 45 kilograms of pesticides per year and hectare
6. The effects of the chemical mace
7. The power of the supermarket chains
8. Bananas: Which Seals Can You Trust?
9. Organic seal
10. Fairtrade seal
11. Bananas in the test: All organic bananas receive top marks

Anyone who buys conventional bananas supports the catastrophic working conditions in the producing countries and exposes themselves to spray residues. However, you can recognize high-quality bananas by means of certain seals.

Where do our bananas come from?

Today the banana is cultivated in 135 countries. The most important growing country is India, where around 30 million tons of bananas are harvested every year. China follows with around 12,000 tons and Brazil and Indonesia with under 10,000 tons.

Most countries primarily produce for their own needs, mainly plantains. That’s more than 80 percent of the bananas grown on small farms of 0.1 to 10 hectares for domestic consumption. These are not monocultures, but mixed cultures. As a result, the plants are less susceptible and the use of pesticides is at least limited or can be avoided entirely.

However, 90 percent of our bananas come from Latin American countries such as Ecuador, Guatemala, Costa Rica, and Colombia. About 18.3 million tons of bananas are exported worldwide every year. They are among the most important export products of many developing countries.

In the case of export bananas, the situation is very different in terms of cultivation methods. Because more than 80 percent of these are cultivated on very large plantations, which can cover between 100 and 5,000 hectares. Only a fifth of the bananas we buy in the supermarket come from small or medium-sized farms.

For a long time, bananas were only eaten in the countries where they were grown and were considered an absolute luxury item elsewhere. As late as the 19th century, finger fruit was individually wrapped in silver foil and sold in the United States at an extremely high price. When modern means of transport such as trains and steamships made it possible to deliver perishable bananas quickly, some businessmen immediately sensed the big deal. In 1899 they founded the United Fruit Company – today Chiquita Brands International.

The multinational monopoly over the world banana trade for a century was guilty of countless crimes. Company bosses soon enjoyed more power than politicians in Latin America and demoted the countries concerned, e.g. B. Guatemala has become the proverbial banana republic. These were helplessly at the mercy of the will of the unscrupulous group.

The United Fruit Company expropriated land or bought land at ridiculous prices. Countless monocultures were created and hectares of land were destroyed. To keep these vast plantations alive, more and more highly toxic pesticides were used. Bacteria, viruses, nematodes, and above all fungi soon spread in the monocultures, threatening to minimize profits.

Why do we only eat one type of banana?

So far there are only two varieties that have reached us in Europe. Until the first half of the 20th century, the Gros Michel from Southeast Asia was the most important export banana. Because there are hardly any banana varieties that can be grown under the usual conditions, they guarantee rich yields and are also suitable for long-distance transport.

Then the plantations were more and more afflicted by a fungus or by the so-called Panama disease. There were enormous crop failures, which made the cultivation of Gros Michel no longer profitable. It was therefore replaced in the early 1960s by the southern Chinese variety Cavendish, which is still the undisputed number one in terms of exports.

But here, too, problems soon arose due to mass cultivation, because the Cavendish is also a popular destination for mushrooms. The decisive factor is that plantation bananas are not propagated by pollination and seed formation, but by the formation of shoots. These are genetically absolutely identical to the mother plant and can therefore hardly develop any natural resistance to fungi.

Chiquita now shares 75 percent of the world banana market with the Dole Food Company, Del Monte Foods, Fyffes, and Noboa groups. Colonial times may have been history since 1999, but today neo-colonialism reigns supreme. The offenses of the banana multinationals include:

The banana companies have done a lot in recent years to let their image shine in a new light, but the situation has hardly changed.

According to Südwind (Association for Development Policy and Global Justice), workers’ wages have improved only slightly. For example, in Ecuador, 75 percent of banana workers have incomes below the national poverty line. Joining unions is rewarded with violence. In addition, highly toxic agricultural chemicals are still being used, threatening the health of workers and local residents, and are a ticking time bomb for nature.

Banana plantations: 45 kilograms of pesticides per year and hectare

In banana plantations in Costa Rica z. For example, around 45 kg of pesticides are applied per hectare per year: the plants are sprayed with fungicides 40 to 50 times by plane, the soil is inoculated with nematicides (pesticides to kill roundworms) and insecticides and herbicides are sprayed every two months. The funds used include u. the following active ingredients:

The effects of the chemical mace

The pesticides do not leave the people who live in the growing regions untouched. This was shown by a study by the organization Doctors for a Healthy Environment in 2016. Compared to the organic plantation workers, the conventional plantation workers reported symptoms such as vomiting, dizziness, burning eyes, skin irritation, insomnia, and fatigue.

The further banana pesticide study II showed on the basis of DNA tests that cell changes occurred significantly more often in the workers of conventional plantations than in the control group. The researchers came to the conclusion that the pesticides endangered health in the long term and increased the risk of developing cancer.

All in all, the banana trade is still a thriving business because the banana multinationals trample on human rights and accept horrendous environmental pollution. The fact that the costs for pesticides in conventional cultivation amount to around 35 percent of the retail price of the banana speaks volumes!

The power of the supermarket chains

In addition to the banana exporters, our supermarket chains are now also contributing a lot to the miserable conditions mentioned. In most EU countries, three to four of these groups control about 90 percent of the food trade. Bananas are often used as cheap decoys.

According to Oxam (an international association of various aid and development organizations), German supermarket chains such as Lidl, Aldi, Rewe, and Edeka use their market power in a targeted manner and push down prices, which have not risen for 20 years without good reason. When it comes to price policy, German discounters are particularly aggressive compared to other EU countries.

In relation to the banana value chain from Ecuador to Germany, the retail trade earns around 35 percent, while the wages of all plantation workers are 6.7 percent! It is the order of the day that German supermarket chains circumvent the legal minimum price for bananas and thus violate applicable law. On average, only a fifth of the amount paid at the supermarket checkout ends up in Latin America.

Bananas: Which Seals Can You Trust?

When buying bananas, be sure to examine the seal carefully. Because many corporations put on a green cloak that neither meets the requirements of organic producers nor those of fair trade. Numerous conventional bananas bear the seal of the international certification organization Rainforest Alliance. However, the seal with the green frog only gives the appearance of ecological or fair trade products. The organization is also accused of helping corporations like Chiquita to cultivate their image.

Both the European organic seal and the state organic labels corresponding to the EU criteria are classified as only conditionally recommendable. The EU organic regulation guarantees a minimum standard and performs worse than other organic standards since e.g. there are few or no requirements in areas such as biodiversity, irrigation, climate, and social affairs.

Association seals and private labels often go beyond the minimum standard and have stricter requirements:

Fairtrade Labeling Organizations International (FLO) is the world’s largest organization that certifies producers and monitors compliance with the Fair Trade criteria. The international Fair Trade seal is the FLO seal of approval for fair trade. There are many in the FLO national fair trade organizations, including:

In addition to these main seals of approval, there are some less common labels that are limited to certain companies or organizations, countries, regions, or products. This includes e.g. B. BanaFair for bananas. This non-profit organization uses i.a. on fair trade with small farmers and supports programs of partner organizations in Latin America and the Caribbean. Naturland bananas, for example, are sold through BanaFair.

Bananas in the test: All organic bananas receive top marks

So there are many good reasons why you should rely on Fairtrade organic bananas. Because by purchasing responsibly, you can support smallholder cooperatives such as B. Asoguabo in Ecuador, which promote sustainable production and fair trade and thus contribute to improving the working and living conditions of many people.

You can also do something good for yourself and your family – especially your children. Because conventionally grown bananas are so contaminated that it is even advisable not to give them with the skin in the hands of children. Unfortunately, the toxins are also in the pulp.

In 2017, 22 banana brands were tested for around 600 different pesticides (Oko-Test). It turned out that organic bananas keep what they promise. Because while all bananas without an organic seal performed poorly or failed entirely due to pesticides and/or poor working conditions, all organic bananas were rated “very good” or “good”. It made no difference whether the organic bananas came from discounters or organic shops (e.g. Denn’s). BanaFair classified the bananas certified by Naturland as the best.

Keep in mind that the organic own brands of the supermarket chains often only meet the statutory minimum organic standards and that organic bananas by no means automatically stand for fair trade. Therefore, always use organic bananas that have an additional Fairtrade seal. 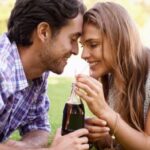 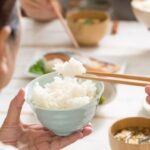