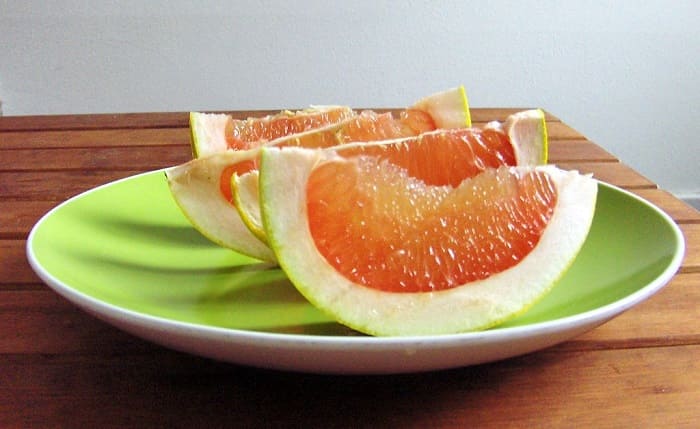 The pomelo grows in the subtropics because it needs a warm, humid climate. There are various countries where the citrus fruit is grown commercially.

Pomelo generally grows in the subtropics. It is a relatively new fruit in Europe, belonging to the citrus family.

This is where the pomelo grows

The pomelo comes from Southeast Asia and has long been cultivated in Thailand and China. That’s where its name comes from, and it’s still a popular side dish there to this day .

As their popularity grew, so did their growing area. In 1970, a new pomelo was crossed in Israel and developed as a special fruit , which was also sold in Germany from 1974. That was the start of this fruit in Germany. At the moment the fruits are also coming from Israel and this pomelo is also growing for sale in South Africa.

The pomelo comes from large trees that can reach a height of up to 10 meters. The leaves are elliptical and quite large. The season lasts from October to April.

The other characteristics of the pomelo

The pomelo is the largest known citrus fruit; it can reach the size of a soccer ball. Various large citrus fruits are grouped under this umbrella term, all of which are so-called rue family. They all have in common that the pomelo part is larger than the grapefruit part of the genome.

Externally, this fruit is slightly pear-shaped and has a skin that varies in color between whitish, yellow and green. Below this is a white cushion layer, until you get to the yellowish or pink-colored flesh. Pomelos are eaten raw and often made into juice or chutney.

Incidentally, connoisseurs consider a shriveled peel to be an indication of a particularly tasty fruit. Care must be taken as these fruits contain naringin, which can cause drug interactions. 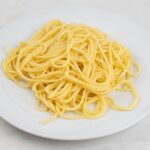 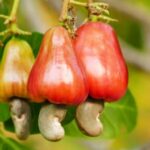