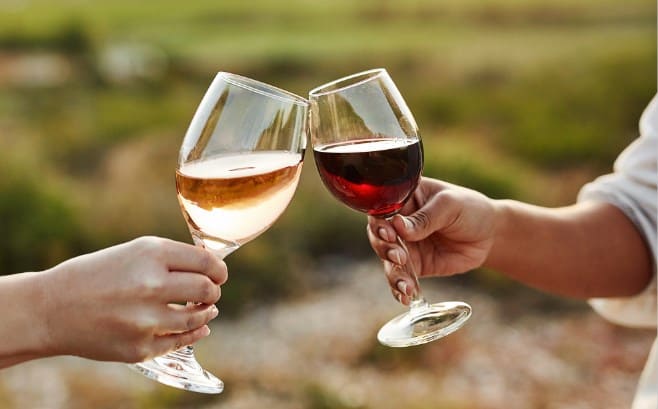 Contents show
1. Is a glass of wine really that healthy?
2. Do Wine Lower Cholesterol Levels?
3. In Vino Veritas – The truth lies in the wine
4. Wine does not have a positive effect on cholesterol levels
5. Is wine only for athletes?
6. Ideal combination: healthy eating, sport, and (little!) wine

The myth of a healthy glass of red wine in the evening has been around for a long time. Previous study results mostly agreed with the wine lovers and conveyed the relieving feeling of being able to combine the pleasant with the useful. Unfortunately, it’s not that easy! The randomized pilot study In Vino Veritas now limits the health benefits of grape juice.

Is a glass of wine really that healthy?

Since the early 1990s, studies have repeatedly been presented that indicate moderate wine consumption has a protective effect on the heart and blood vessels.

In these older studies, wine increased HDL (the “good”) cholesterol levels, suggesting that wine might have a positive effect on the heart and vascular health.

As is well known, the unanimous recommendation of physicians still states the more HDL cholesterol, the better.

HDL cholesterol is the cholesterol that is taken from the body cells and blood vessels back to the liver and broken down there. Therefore, the higher the HDL level – as is usually believed – the better the body is protected from the consequences of arteriosclerosis (hardening of the blood vessels).

On the other hand, if too much cholesterol remains in the blood vessels, there is a risk that it will be deposited on their walls. Gradually, the vessel walls thicken and harden, impeding the smooth flow of blood and promoting thrombosis and embolism, which in turn can lead to heart attacks or strokes.

So many people justify their wine consumption with the supposedly positive effects of wine on their cardiovascular health.

As nice as it would have been, it’s not that easy.

In Vino Veritas – The truth lies in the wine

Czech scientists from the Universities of Olomouc and Prague presented their findings at the European Cardiology Congress in Barcelona.

Her “In Vino Veritas study”, which was published in 2012 in the specialist journal Bratislava Lek Listy, examined for the first time the long-term effects of red and white wine consumption on various known factors that have been shown to increase the risk of arteriosclerosis.

All previous studies were designed for shorter periods of time and focused exclusively on the development of HDL blood levels.

In the one-year analysis that is now available, the 146 study participants with a low to moderate arteriosclerosis risk regularly drank red wine (Pinot Noir) or white wine (Chardonnay-Pinot). Women consumed 0.2 liters of wine a day, men 0.3 liters of wine – five days a week.

Wine does not have a positive effect on cholesterol levels

As a result, Professor Taborsky found that the most important indicator of protected vessels and a healthy heart is a high HDL cholesterol level.

To the chagrin of health-conscious wine connoisseurs, the researchers could not prove any positive influence of red or white wine consumption at this point. The HDL cholesterol level did not change in any way as a result of drinking wine.

Is wine only for athletes?

The only positive results were seen in a subgroup of study participants – those who regularly exercised at least twice a week.

Regardless of which wine was consumed, HDL cholesterol increased noticeably while LDL and total cholesterol decreased.

According to the new findings, wine does not appear to have the expected beneficial impact on HDL cholesterol and heart health that it has always been credited with.

Even if wine provides plenty of antioxidants that are valuable for health, one should never forget that these are always accompanied by clearly unhealthy alcohol.

Alcohol is and remains a cytotoxin that aggressively attacks the protein substances of the cell structures and the genetic material.

The body can indeed repair this damage, but only if alcohol consumption is kept within limits and the organism is given sufficient time for the corresponding regeneration.

The result of the study with regard to the sporty wine connoisseurs, therefore, does not seem very convincing.

In fact, it could be that the health of athletes is supported by moderate wine consumption. It could just as well be the case that sporty wine drinkers eat healthier in general or have better blood values ​​simply because of their sporting activities.

One thing is certain: A healthy lifestyle does not require alcohol.

However, if you have your alcohol consumption under control and really only drink a small(!) glass of high-quality wine now and then, you will benefit from it – if only for the sake of enjoyment – but you should definitely go among the athletes at the same time. 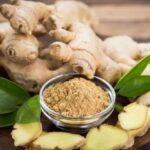 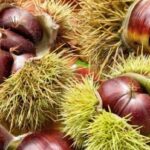