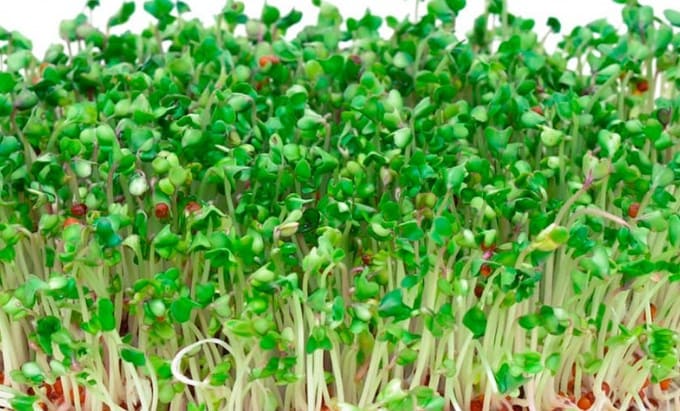 Broccoli may be helpful in preventing and treating cancer. However, broccoli sprouts are much more effective here, which is why researchers at the University of Heidelberg recommend consuming broccoli sprouts if you have cancer.

Broccoli sprouts can be included in cancer therapy, as recommended by researchers at Heidelberg University Hospital led by Professor Ingrid Herr. They found that broccoli sprouts contain large amounts of a cancer-fighting compound – sulforaphane – which (in pancreatic cancer in vitro) can even kill cancer stem cells, which chemotherapy currently used for this form of cancer cannot, so Professor Herr says the two therapies are combined should be.

Until a drug is developed from sulforaphane, Herr advises, you can eat 1 to 3 teaspoons of fresh broccoli sprouts daily. The sprouts are very easy to grow at home in a sprouting jar or broccoli seed tray.

It is known from epidemiological studies that the risk of cancer decreases if one regularly eats cruciferous vegetables (broccoli, cabbage, radishes, radishes, watercress, arugula, etc.).

Animal studies (e.g. from March 2018) show that broccoli sprouts can delay prostate cancer development. If cancer does occur, they ensure that it is less aggressive.

In June 2019, the results of an initial clinical study by Professor Herr were also published in the specialist journal Investigational New Drugs. The participants were 40 patients with inoperable end-stage pancreatic cancer. They only received chemotherapy for palliative purposes. In addition, 29 of the patients were given 15 capsules of powdered broccoli sprouts (90 mg sulforaphane) daily, while the remaining 11 received a placebo preparation. The duration of use should be 1 year.

The study showed that a purely herbal preparation made from nothing more than broccoli sprouts could at least extend the lifespan of patients who conventional medicine could no longer help. How well might the plant substance then work preventively or in the case of cancer that can still be treated?

Broccoli against cancer, Alzheimer’s, and arthritis

Up to now, broccoli (the vegetable) and not its sprouts have been the focus of science. It can stimulate the formation of a substance (indole-3-carbinol) in the body that not only prevents cancer but can also fight existing cancer.

Sulforaphane, mentioned above, is another cancer-fighting compound that may also help treat Alzheimer’s disease, as well as block the enzymes that cause arthritis.

However, in one study, a team of researchers from the University of Illinois found that eating broccoli in combination with broccoli sprouts nearly doubled the cruciferous vegetable’s cancer-fighting effects.

Prof. Elizabeth Jeffrey and her colleagues compared the sulforaphane blood levels of different test groups of men whose meals contained either only broccoli sprouts, broccoli powder, or both together. The researchers found that just three hours after the meal was completed, those participants who had eaten both the powder and the broccoli sprouts had almost double the amount of the cancer-fighting substance in their blood than members of the other two experimental groups.

We saw an almost two-fold increase in sulforaphane absorption after eating the sprouts and the powder together,
said Jeffrey.

The combination of both foods led to faster and better absorption of the broccoli ingredients. We were able to detect the corresponding metabolites in both the blood plasma and the urine in the test persons concerned much earlier and in a much higher concentration than in those men who were only fed either the powder or the sprouts.

Broccoli, when properly prepared, is an extremely effective anti-cancer agent. Three to five servings per week are already sufficient to achieve an effect,
explained Prof. Jeffery.

However, in order to get the desired benefit from broccoli, it must be prepared in an enzyme-friendly manner. The enzyme myrosinase in broccoli ensures that the cancer-preventing and anti-inflammatory substance sulforaphane is formed from a precursor substance in the first place and can then be used by humans.

Cooking prevents the activation of sulforaphane

It is already known from previous studies on the cancer-fighting properties of broccoli that overcooking the vegetable destroys up to 90 percent of those broccoli components that can fight cancer cells.

Since myrosinase – like all enzymes – is sensitive to heat, broccoli is best eaten raw. The enzyme only becomes active when the broccoli is finely chopped, i.e. carefully chewed or cut very small. If the myrosinase is allowed an additional 90 minutes after chopping, the sulforaphane content in broccoli increases noticeably (by a factor of 2.8).

Not everyone likes eating raw broccoli, certainly not in the required amounts of 500-750g per day. Therefore, there are other ways of ideally preparing the broccoli in order to fully enjoy the sulforaphane:

The chopped broccoli can be steamed briefly (eaten with the remaining steaming liquid) or prepared in the wok for 2 minutes. You now eat 1 to 3 teaspoons of broccoli sprouts or even a salad of e.g. B. rocket, cress, radish, or some radishes. Since these vegetables, like broccoli, also belong to the cruciferous family, they also contain myrosinase – and since rocket and co. are much better eaten raw, they can replace the myrosinase that is lost in broccoli through heating.

Since sulforaphane is one of the antioxidants and it is known that microwave ovens significantly reduce the number of antioxidants in food, preparing broccoli in the microwave is not recommended.

How to grow broccoli sprouts yourself?

Obtain a high-quality seed for sprouting, e.g. B. of Germline. Remember that the amount will increase at least fivefold during the germination process. Therefore, start with small amounts so that you can eat the sprouts fresh and do not have to store them for too long.

So-called sprouting glasses are ideal for sprouting. Put in your broccoli seeds, e.g. B. 2 tbsp, and fill the glass halfway with water. Let the seeds soak there overnight.

The next day, pour off the water and put the glass in a dark place (at 20 to 22 degrees). Rinse the seeds twice a day, discarding the water frequently.

The sprouts are ready to eat after three to five days. Rinse thoroughly with water again before consumption.

Put the sprouts in a salad, on bread, in a herb quark, in a smoothie (be careful, as the sprouts taste a bit spicy!), or in a dip (e.g. our garlic dip).

Which broccoli sprouts preparations are recommended?

According to the scientists, anyone who prefers to use a corresponding preparation instead of fresh broccoli and fresh broccoli sprouts should make sure that it also contains the enzyme myrosinase – otherwise the preparations would not be particularly effective.

This enzyme is only present in broccoli or sulforaphane capsules or powder if their contents were produced at temperatures below 40 degrees – which is the case, for example, with the broccoli sprout product Broccoraphan by Deiters. Due to the extremely gentle manufacturing process at low temperatures (below 40 degrees), the myrosinase enzyme in broccoraphane is completely unaffected, i.e. highly active and alive. A daily dose provides up to 55 mg sulforaphane per day.

The Heidelberg research team led by Professor Ingrid Herr also used broccoraphane in its studies, in doses of 90 mg sulforaphane per day.

The preparation sulforaphane broccoli extract from effective nature already contains the already activated sulforaphane – in a high dose of 100 mg per day. 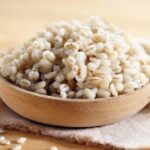 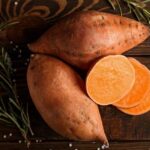