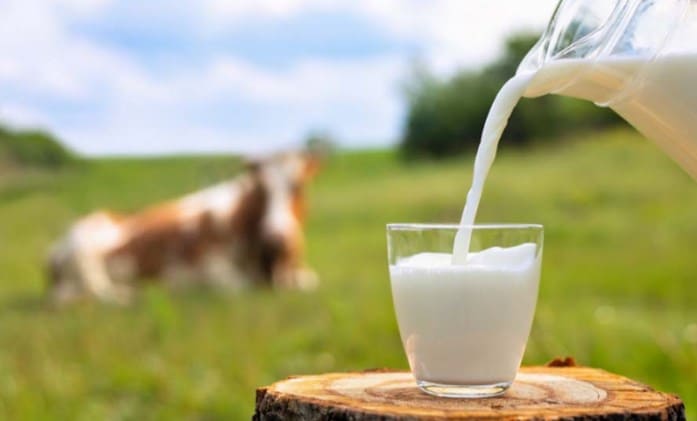 Contents show
1. The milk should be low in fat and pasteurized
2. Argument 1: The pasteurized/UHT milk
3. Argument 2: The homogenized milk
4. Argument 3: The low-fat/fat-free milk
5. Argument 4: The genetically modified feed
6. Argument 5: Antibiotics in milk
7. Argument 6: Hormones in milk
8. Can it be a little bit more?

Milk is habitually used in many variations: yogurt, pudding, cheese, cream, etc. These products are no longer particularly natural today. They are processed and preserved umpteen times to keep for weeks. And because dairy products have to be cheap, they are produced as cost-effectively as possible. So antibiotics, hormones, and genetically modified feed are used. These manipulations are not good for the milk quality at all so there are now many arguments against the consumption of dairy products.

The milk should be low in fat and pasteurized

Are you one of those milk drinkers who generally use low-fat milk for the sake of their figure? And have you already heard that raw milk is hazardous to your health and that you should therefore only choose pasteurized milk when buying milk?

If you answered yes to these questions, then the information below is really important to you. In fact, the exact opposite is true, with low-fat milk making you fat and pasteurized milk making you sick.

Pasteurization is a legally required process for all types of milk, in which the milk is heated to around 75°C. The only exception here is raw milk.

Heating the milk serves to kill bacteria. However, at this temperature, the digestive enzymes (lactase) contained in the milk also perish. It is therefore not surprising that this milk is difficult for most people to digest and causes major health problems for those who are lactose intolerant.

A very popular alternative to pasteurization is the ultra-high-temperature treatment of milk. Its advantage is that it can be kept for at least 6 weeks unopened. The disadvantage of UHT milk, however, is that temperatures of up to 150°C affect the milk.

As a result, neither microorganisms nor pathogenic germs survive this process.

Unfortunately, these temperatures – along with the enzymes and most vitamins – also do not tolerate proteins and fats. If they simply vanished into thin air after they died, it wouldn’t be so bad.

However, since they do not do this, they enter the organism completely denatured and therefore unusable and make us ill.

By the way: In America, more than 80 percent of milk is bought in the form of UHT milk…

During homogenization, the milk is sprayed onto a metal grid under high pressure through tiny nozzles. During this process, the fat molecules tear apart and become so small that they can no longer accumulate on the milk surface.

This prevents the milk from creaming and appears to make it easier to digest.

In fact, the fat molecules are now so small that they are no longer properly metabolized and instead go straight to the gut. Due to their small diameter, they can even pass through the intestinal wall and get into the blood.

This happens above all when the intestinal wall has not yet achieved stability (e.g. in children) or when it has already become permeable (leaky gut syndrome).

Fats of this size do not belong in the blood and are therefore classified as foreign substances by the immune system. Antibodies are therefore formed immediately, which seals the start of an allergic reaction.

Another problem is the enzyme xanthine oxidase, which is contained in milk. It attaches itself to the tiny fat globules and thus also enters the bloodstream. The enzyme can cause severe damage to the blood vessels, resulting in increased cholesterol deposits.

These deposits lead to arteriosclerotic changes in the vessel walls and contribute to cardiovascular diseases, which in the worst case can trigger a stroke or heart attack.

If you drink low-fat or non-fat milk, you are not only consuming a denatured and therefore unhealthy product, you are also gaining weight with this milk.

That’s according to a 2005 study published in the journal Archives of Pediatrics and Adolescent Medicine. The researchers observed the effect of milk consumption on a total of 12,829 children aged nine to fourteen years.

The study found that drinking reduced-fat milk was directly related to weight gain. Milk with a natural fat content had no effect on adolescents’ weight.

An American study in which 11,000 children between the ages of 2 and 4 took part came to the same conclusion. Here, too, the overweight children, in contrast to the normal-weight children, had drunk low-fat milk.

The explanation for this apparent paradox is quite simple: linoleic acid, an unsaturated fatty acid present in milk fat, speeds up lipid metabolism. Those who drink low-fat milk consume less milk fat but at the same time less linoleic acid.

The “turbo drive” for the fat metabolism is therefore missing.

Cows normally eat leaves, twigs, wild plants, and grass, possibly also grass seed, but no grains such as corn or legumes such as soy. If the animals are not fed appropriately, that’s bad enough. If they also have to eat genetically modified grain, soya or rapeseed, this can have unforeseeable consequences not only for animals and humans but especially for the environment.

Due to the legal situation, eggs, milk, and meat from animals that have been fed with genetically modified plants do not have to be labeled as GM food. You can only rule out the risk of genetic engineering when buying organic dairy products (and those that bear the “Ohne Gentechnik” seal, because no genetically modified feed may be used here.

Eighty percent of the antibiotics sold in America are fed to animals whose meat, milk, and eggs are sold. Similar high rates can be assumed in Europe.

When these products are consumed, the drugs then enter the human organism in bulk. The pathogens get used to the permanent presence of antibiotics over time. They develop resistance to this drug and can thus reproduce explosively.

This explains why more and more people are dying from infections caused by antibiotic-resistant pathogens.

Would you voluntarily take antibiotics even though there was no reason to? Probably not. Therefore, it is also unlikely that you would willingly take this drug day after day and for years to come.

If you’re a milk drinker and meat eater, then you’re bound to be.

In the past, a cow could give up to 10 liters of milk. Today, high-performance dairy cows have to produce up to 50 liters of milk every day. So it’s no wonder that they are becoming more and more susceptible to infectious diseases such as udder, uterine, and claw infections.

Therefore, the preventive use of antibiotics in the cowshed is now commonplace.

Just as you cannot avoid taking antibiotics when you consume milk, you cannot prevent hormone substitution from taking place.

Dairy cows are milked about 300 days a year and most of that time they are pregnant. The milk of a pregnant cow contains about a third more estrogen and a far higher amount of progesterone than that of a non-pregnant cow.

High levels of progesterone are essential for the survival of the embryo. They protect it from the mother’s immune system so that it is not classified as a foreign body and attacked by her immune system.

By drinking the milk, progesterone now enters the human organism. The same thing happens here as with the pregnant cow – only with different effects: the immune system is also reduced, which can primarily lead to many diseases.

But as if this wasn’t bad enough, the large amounts of progesterone also inhibit the formation of an enzyme that is responsible for regulated cell death. As a result, cancer cells can proliferate unhindered.

This explains why the risk of developing breast, ovarian and uterine cancer increases significantly with increased levels of estrogen and progesterone in the human organism.

Can it be a little bit more?

With this information, we have given you 6 good reasons to stop consuming milk in the future. It goes without saying that the health risks emanating from milk also apply to all conventionally produced milk products such as yogurt, cheese, etc. 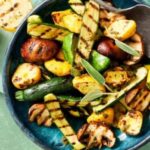 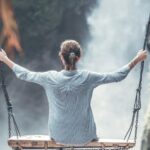