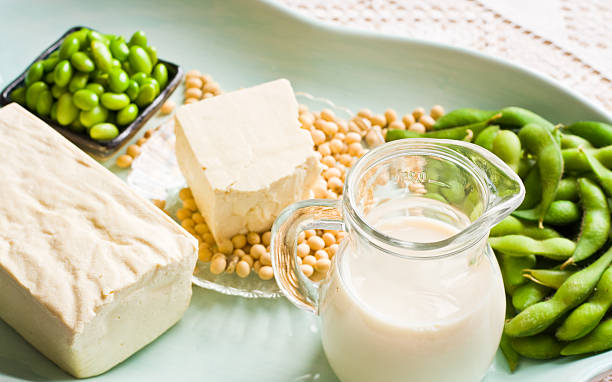 Three million women in Germany do without meat, milk, and cheese products, sometimes more, sometimes less. And according to the principle that demand determines supply, the food industry has reacted to this and increased the range of plant-based alternatives such as soy.

What is special about soybeans is their high protein content (38%), the quality of which is comparable to that of animal protein. Due to the high demand, around 261 million tons of soy were produced in 2010, while in 1960 it was still around 17 million tons. tendency further increasing.

The German Vegetarian Association states that tofu (soy curd) and tempeh (fermented soy mass) are the most popular substitutes. And soy milk is also a welcome substitute for allergy sufferers (e.g. lactose intolerance), as the milk does not contain lactose and is, therefore, better tolerated.

As already mentioned, soybeans have a high protein content (38%), the quality of which is comparable to that of animal protein.

Soy is a very nutritious and filling meat substitute and the fiber contained in soy has a healthy effect on our intestines.

Despite the nutritional value and health effects, new studies want to prove that soy is not as healthy as it is claimed. The American Food and Drug Administration (FDA) recommends not to exceed the consumption of a maximum of 25 g of soy protein per day.

Soy contains the so-called isoflavones, which belong to the group of secondary plant pigments (flavonoids). Flavonoids are suspected of having a negative effect on thyroid hormone production and triggering goiters. And the previous assumption that flavonoids have a positive effect on menopausal and age-related symptoms is not sufficiently secured according to the current scientific status.

Due to its high protein and fat content, soy flour has the advantage of being able to be used in baking like normal wheat flour.

Please keep it in the fridge, otherwise, it will quickly go rancid!

High life expectancy and low risk of breast cancer – it has long been assumed that Asian women who use soy products more often or more often live healthier and longer. Why? In addition to flavonoids, soybeans contain phytoestrogens.

These secondary plant substances have the structural similarity of the female sex hormone estrogen and can bind to the so-called estrogen receptors because of their similarity. Because of this property, phytoestrogens are said to have the ability to be used as hormone replacement therapy and, among other things, to reduce the risk of osteoporosis.

But there will also be negative effects. Infertility, developmental disorders, allergies, menstrual problems, and the increase in certain types of cancer due to the ingestion of phytoestrogens are possible health risks.

The Berlin Charité has just published a study proving that the antioxidant, anti-inflammatory effect of tea catechins is inhibited by cow’s milk.

Since soy milk lacks the milk protein casein, this milk type is the best alternative if you enjoy black tea with a dash of milk.

If you are allergic to birch pollen, be careful with soy products. Because the most important allergen of birch pollen is very similar to a protein contained in soy. As a result, allergy sufferers can experience shortness of breath, rash, vomiting, or anaphylactic shock (acute reaction of the human immune system to chemical stimuli with fatal circulatory failure) when consuming soy.

We, therefore, recommend that all allergy sufferers avoid the consumption of protein powders and drinks with soy protein isolate. Here the protein concentration is very high. Heated soy products, on the other hand, contain little of them. 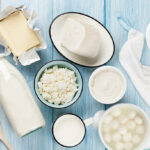 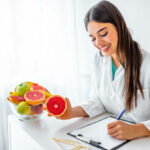