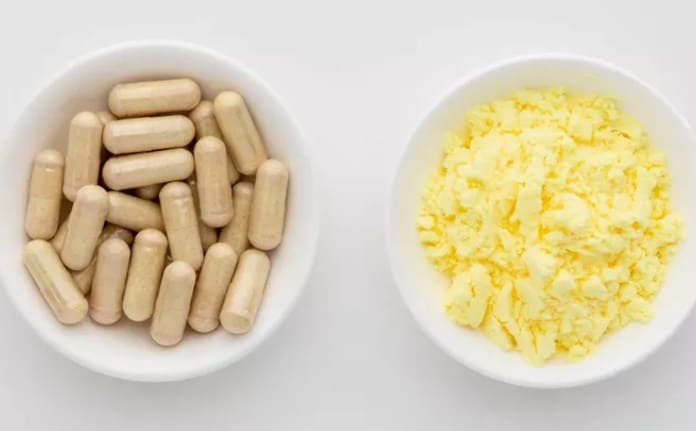 According to a study by Oregon State University, taking a dietary supplement with alpha-lipoic acid leads to noticeable weight loss in obese people – without dieting or additional exercise. Alpha lipoic acid is also considered a means of detoxifying heavy metals and can be taken very easily in capsule form.

Alpha lipoic acid is a sulfur-containing fatty acid that has long been commercially available as a dietary supplement. It is usually part of detoxification cures, as it can bind and eliminate metals in particular. Unlike many other detoxifying agents, alpha lipoic acid is water and fat-soluble, so it can cross the blood-brain barrier and thus also detoxify the brain.

In diabetic polyneuropathy, alpha-lipoic acid can bring relief in high doses of 1200 to 1800 mg daily.

Alpha-lipoic acid is also used in multiple sclerosis because, according to a 2017 study, it slowed the progression and improved symptoms in MS patients. A study published in September 2020 in the Journal of Nutrition shows how alpha-lipoic acid can also help with weight loss.

The research was conducted by researchers from the Linus Pauling Institute at Oregon State University. Participants were overweight but otherwise healthy women with a BMI greater than 25. They received a dietary supplement of 600 mg alpha-lipoic acid per day or a placebo preparation for six months (24 weeks). Otherwise, the women did not change anything, neither in their diet nor in their level of exercise.

The weight loss in the alpha lipoic acid group may seem small over the six-month period. However, if you consider that the women did not follow any diet, did not change their diet, and also did not exercise anymore, the loss of a kilogram of fat just by taking one capsule is a real gift. Alpha-lipoic acid could therefore also be integrated into a weight reduction concept and support its success.

The alpha-lipoic acid also had a positive effect on some other values, for example, it increased the body’s own production of antioxidants and improved the inflammation values, which are often increased in overweight.

Alpha-lipoic acid is an important coenzyme in the cell’s energy metabolism. protects the mitochondria – the energy powerhouses of the cell – from oxidative stress. As a powerful antioxidant, alpha-lipoic acid can even recycle other antioxidants after they have been used up, such as vitamin E, glutathione, or vitamin C, so that they can now act as antioxidants again with newly awakened powers.

Normally, the human organism produces enough alpha lipoic acid for its everyday needs. If you also take alpha-lipoic acid as a dietary supplement or for therapeutic purposes, then the acid acts beyond its normal spectrum, since additional antioxidant and detoxifying capacities are now available that are not used up in the energy metabolism.

The excess alpha-lipoic acid, so to speak, also has a strong antioxidant effect, but it also stimulates sugar metabolism and initiates anti-inflammatory processes. These properties make it a compound that could be taken alongside diabetes, heart disease, and age-related cognitive decline.

The results were often promising and showed that alpha-lipoic acid reduces oxidative stress, has a positive effect on lipid metabolism, and also helps regulate the day-night rhythm. In previous studies, however, two aspects had always remained unconsidered.

Since alpha-lipoic acid can bind metals, there is a risk that not only undesirable metals such as mercury are bound, but also desirable metals such as e.g. B. Iron. However, in one study, taking 300 mg of alpha-lipoic acid twice a day only reduced serum iron levels, not ferritin (iron stores). However, if you are taking 600 mg of alpha-lipoic acid (or higher doses) per day long-term, you should pay attention to your mineral balance or take a good mineral supplement as a preventive measure (e.g. multivitamin complex of effective nature). If you tend to have an iron deficiency, then it is best to also take a well-tolerated natural iron supplement (from curry leaves).

In any case, alpha-lipoic acid should be taken on its own, i.e. not with meals and not together with other food supplements, but always at least 60 minutes after meals and at the greatest possible distance from mineral supplements. If you use alpha lipoic acid, e.g. B. in the morning at 7 a.m. and in the evening at 6 p.m., then you take your mineral or iron supplements, for example, at 10 a.m. and at 3 p.m. or even at 10 p.m. – depending on your lifestyle.

If you are interested in taking alpha lipoic acid for detoxification, see our guide to holistic detoxification for more information.

Alpha lipoic acid is generally safe and rarely has side effects. Sometimes – at high doses – nausea and other mild digestive symptoms as well as skin rashes occur. Then the dose should be reduced until the symptoms disappear. An attempt could then be made to start again with smaller doses. The above-mentioned information (supply of minerals, etc.) must be taken into account. 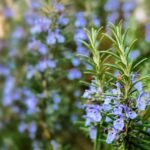 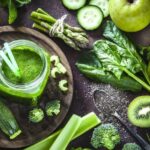